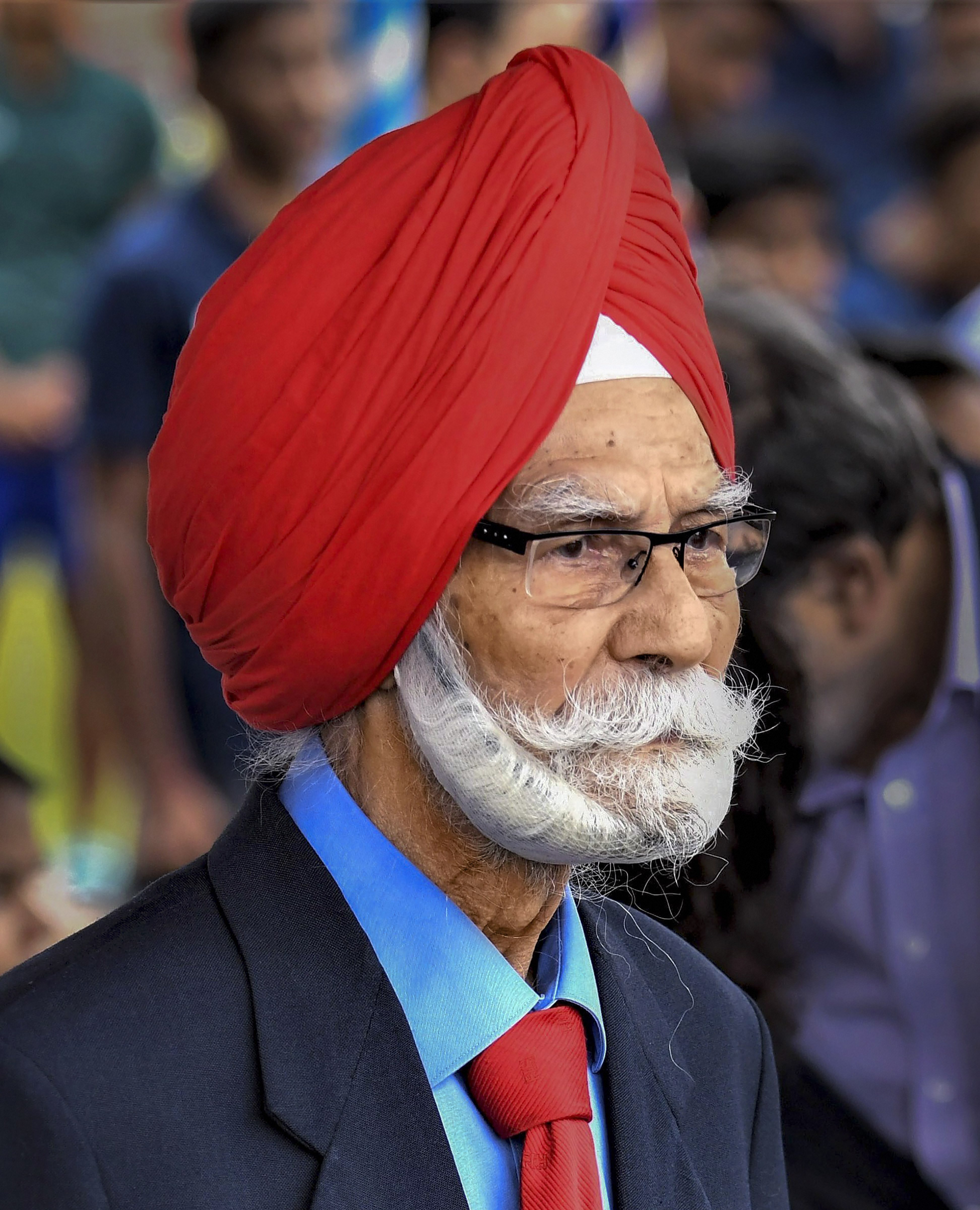 Balbir Singh Sr, one of India's greatest hockey players who won three Olympic gold medals in a stellar career, died at a hospital in Mohali on Monday after battling multiple health issues for over two weeks.

The legendary centre-forward was 96 and is survived by his daughter Sushbir and three sons Kanwalbir, Karanbir, and Gurbir. His sons are settled in Canada and he lived here with his daughter and grandson Kabir.

'He died at 6:17am this morning,' Abhijit Singh, Director Fortis Hospital, Mohali, where he was admitted since May 8, told PTI.

His maternal grandson Kabir later sent out a message stating, 'Nanaji passed away this morning.'

The three-time Olympic gold-medallist was in a semi-comatose state since May 18 and had developed a blood clot in his brain after being first admitted to the hospital for bronchial pneumonia with high fever. He was tested for Covid-19 but reports came out negative.

Singh suffered three cardiac arrests during the course of his treatment.

One of the country's most accomplished athletes, Singh was the only Indian among 16 legends chosen by the International Olympic Committee across modern Olympic history.

His world record for most goals scored by an individual in the men's hockey final of the Olympics still remains unbeaten.

He had scored five goals in India's 6-1 victory over the Netherlands in the gold medal match of the 1952 Helsinki Games. He was conferred with the Padma Shri in 1957.

That was the first time an athlete was conferred the prestigious civillian honour.

He was also the manager of India's only World Cup-winning side in 1975.

It was the fourth time in the past two years that the former captain and coach was admitted to the Intensive Care Unit (ICU).

In January last year, Singh spent more than three months in hospital because of bronchial pneumonia.

Singh and Dhyan Chand never played together but are regarded as the jewels of Indian hockey, who inspired an entire generation of hockey players.

While Dhyan Chand garnered more recognition, especially since his achievements came under the British rule, Singh's exploits were no less impactful.

Born in 1924 in Punjab's Haripur Khalsa village, he was spotted by Harbail Singh, who was the then coach of Khalsa College and later coached India to back-to-back gold medals in 1952 Helsinki and 1956 Melbourne Olympics.

In the past few years, there was clamour for him to be honoured with the Bharat Ratna with Punjab Chief Minister Amrinder Singh even writing to Prime Minister Narendra Modi, demanding the country's highest civilian award for him.

A soft-spoken man but a hard task-master on the turf is how the players, who competed under the legend, recall him.

'He was a very soft-spoken person whose only concern was playing and teaching hockey. He was a hard task master.

'I still remember how he imbibed, self belief and unity which helped us to win the 1975 World Cup,' captain of that side, Ajit Pal Singh, told PTI remembering Singh.

The Punjab government had honoured Singh with the Maharaja Ranjit Singh Award last year for his contribution to sports.