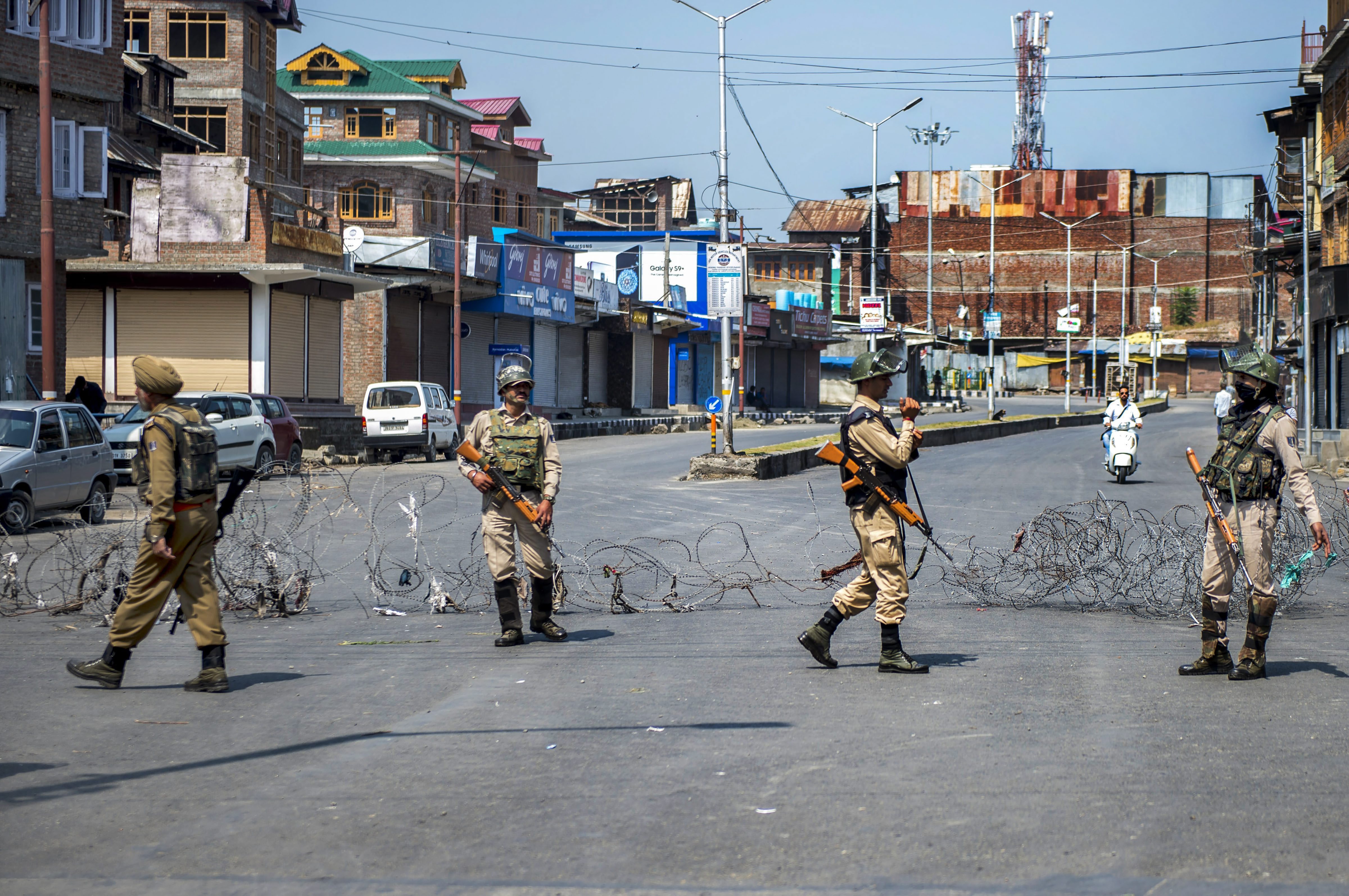 Terrorists shot dead three policemen after abducting them from Shopian district of Jammu and Kashmir early on Friday, police said. The bodies were recovered from an orchard in Wangam area, more than a kilometre from the village the policemen were abducted from.

Nissar Ahmed was working with the armed police. Firdous Ahmed, who was under process of being converted to constable, served in the Railways while Kulwant Singh was posted with Kulgam police.

The terrorists had also kidnapped the brother of a police constable but he was released later.

A Twitter handle purportedly belonging to the Hizbul Mujahideen group has claimed responsibility for the abduction and killing.

The policemen were abducted nearly three weeks after terrorists had abducted relatives of policemen from various places in south Kashmir on August 30. The relatives were later released.

Hizbul Mujahideen commander Riyaz Naikoo had purportedly claimed responsibility for the abductions in a 12-minute video, issuing a three-day deadline for the release of all relatives of terrorists who were in police custody.

'Three more policemen have lost their lives to militant bullets. Outrage, shock & condemnation will be expressed by all of us on expected lines. Unfortunately, it brings no solace to the families of the victims,' she said.

The Centre's muscular policy, she added, was not working at all with the rise in kidnapping of police personnel and their families.

'Dialogue, the only way forward seems to be a distant dream for now,' she tweeted.

The August 30 abductions happened after the NIA arrested the second son of globally-wanted terrorist Syed Salahuddin, leader of the Hizbul Mujahideen group on charges of receiving secret funds.