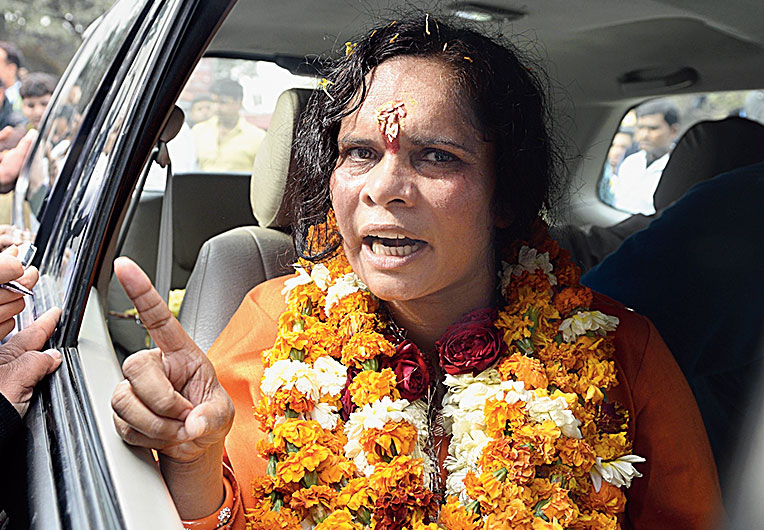 Hindutva leader Sadhvi Prachi was on Sunday denied permission to visit Tappal in Uttar Pradesh’s Aligarh, where a toddler has been murdered, a senior police officer said.

The police also used mild force to disperse a crowd gathered here to demand justice for the baby, who was strangulated to death after her father allegedly failed to repay a loan of Rs 10,000, the officer said.

Four persons have so far been arrested in the case, the police said.

Aligarh senior superintendent of police Akash Kulhari said security had been tightened in the town as a precautionary measure.

“The police denied permission to Sadhvi Prachi to visit Tappal on Sunday. She was stopped at the border in view of the prevailing situation at Tappal,” Kulhari said.

The officer said any attempt to disturb peace in the area would be thwarted with a heavy hand.

The body of the baby was found in a garbage dump on June 2, three days after she was reported missing.

The baby’s father had alleged she was killed because he failed to repay Rs 10,000 taken as loan from the accused.

The police had also arrested Aslam, 43, on June 4. He was earlier charged under the Protection of Children from Sexual Offences Act (Pocso) in 2014 and 2017.