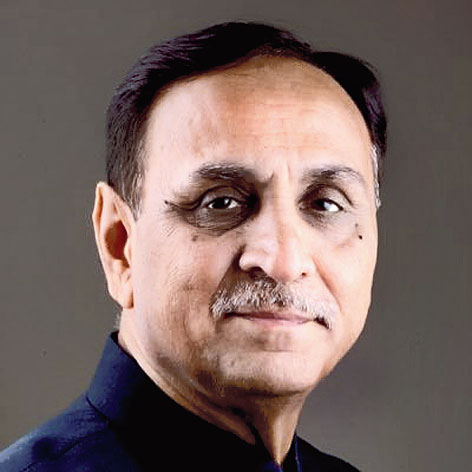 Gujarat High Court has compared the situation in the state to the “sinking Titanic”, bringing under glare the role of the administration that has been handled with kid gloves by the Centre and its political support system that had left no stone unturned to target Bengal chief minister Mamata Banerjee.

In Bengal, the Raj Bhavan has gone out of his way to needle Mamata. In Prime Minister Narendra Modi’s Gujarat, the governor won’t even think of troubling chief minister Vijay Rupani.

Given a free hand, the Rupani administration committed such blunders like introducing artificial mechanised breathing machines as ventilators.

The high court has now struck hard. The court’s findings were unpalatable enough to make the BJP, which is aggressively exposing the deficiencies in states like Maharashtra and Bengal, look for a place to hide.

In a 143-page order, the high court described Gujarat as “one of worst affected states” in the country and pointed to “lack of PPE, shortage of ventilators, ICUs and isolating wards.…”

Describing the condition of Ahmedabad Civil Hospital as “pathetic”, Justices J.B. Pardiwala and Ilesh Vora said the hospital “is as good as a dungeon, maybe even worse than a dungeon”.

The judges said “there is no single command and control structure in Civil Hospital” and “the health minister of Gujarat does not seem to be aware of what is going on, nor appears to have ever visited the hospital”.

The withering comments have been earned in spite of reported oversight by the Prime Minister and the fact that the nodal agency to manage the Corona crisis is the Union ministry, headed by Amit Shah who is an MP from the adjacent Gandhinagar. Four Assembly segments of Shah’s constituency fall in Ahmedabad city.

While Bengal is a poor state, Modi sold the Gujarat model to establish his claim as the leader who can take India to newer heights of development.

Congress spokesperson Abhishek Singhvi on Sunday publicly made the comparison between Gujarat and Bengal. He said: “Are the Prime Minister and the home minister even aware of what is happening in their home state? If so, have they ever intervened, chastised or punished the Gujarat government? Have they used similar standards, similar adjectives, similar terms of endearment (sarcastically) and similar inspection teams for Gujarat government as for the West Bengal government? Why has the Gujarat governor not adopted the same intrusive standards as his Bengal counterpart did?”

Singhvi also pointed out that the Gujarat government had submitted in an affidavit to the high court that “more number of tests will lead to 70 per cent of population testing positive for Covid, thereby leading to fear psychosis!”

Asking whether the same criteria were being applied throughout the country by refusing to ramp up testing, Singhvi said: “Is this being done to protect the image of the Prime Minister and the home minister? Is it not playing with the lives of the people?”

Singhvi said the Gujarat government admitted in court that private testing of Covid, even by authorised private institutions, had been stopped. The court blasted the government for artificially controlling infection data.

The Ahmedabad hospital, which used the fake ventilator, has recorded the highest deaths in Gujarat.

Singhvi said the Gujarat government was profiteering in crisis by selling N95 masks at Rs 65 against the procurement cost of Rs 49.61 (admitted in court), at a straight profit arbitrage of 31 per cent.

Whether this is the same Gujarat model that Modi nurtured or successor Rupani distorted, it is difficult to guess.