Jharkhand's Opposition leaders with over 1,000 supporters staged a protest at Jantar Mantar Road today, calling for a more militant agitation against amendments to Chotanagpur and Santhal Pargana Tenancy acts geared to make it easier to transfer and change the traditional use of tribal land in the state. 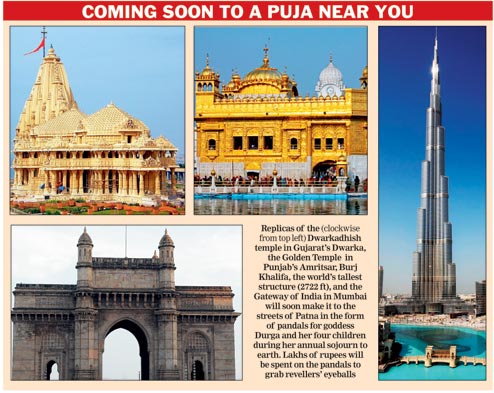 New Delhi, March 6: Jharkhand's Opposition leaders with over 1,000 supporters staged a protest at Jantar Mantar Road today, calling for a more militant agitation against amendments to Chotanagpur and Santhal Pargana Tenancy acts geared to make it easier to transfer and change the traditional use of tribal land in the state.

A day after police caned protesters at a public hearing on the upcoming Adani Power plant project in Godda, which the district administration sought to portray as the handiwork of trouble-makers and not actual land donors, JMM working president Hemant Soren made scathing personal attacks on Raghubar Das and his government at the rally of mostly tribal women working in Delhi.

"CNT and SPT are not laws but a lakshman rekha drawn with the blood of (freedom fighters) Sido (and) Kanhu (Murmu) and Birsa Munda. It is our responsibility to chop off the leg that tramples on this line... Has the CM brought his father's land from Chhattisgarh that he is freely distributing land in Jharkhand?" Hemant thundered at the rally hosted by Jharkhand Adivasi Sangharsh Morcha and like-minded outfits.

Today's protest acquired another dimension after Catholic churches in the capital yesterday requested followers to attend the rally in the wake of the BJP coming down heavily on Cardinal Telesphore Toppo meeting governor Droupadi Murmu in Ranchi over the amendments, which are awaiting her assent.

BJP state president Laxman Gilua had accused the church of instigating the stir, to which Cardinal Toppo today said, in effect, that he was saddened that the real issue of tribal rights was getting obscured.

Backing Toppo, Hemant said: "Who is the BJP to say who can or cannot meet the governor. They are trying to provoke people against the priests."

Giving his take on the Christian versus non-Christian tribal debate, which is playing a growing role in state politics, Hemant earned applause from the crowd when he said: "I tell you missionary schools are important. It is because of these schools that we have at least a few tribals in the IAS and IPS. I studied in a missionary school too."

"I praise these people for giving us the power to speak," Hemant said.

Hemant also accused the chief minister of ruining 6,000 acres in two years by digging wells that he claimed led to deaths of people and livestock.

"Another Rs 500 crores have been spent to make an elephant fly," he said, sarcastically referring to the logo of the ongoing Momentum Jharkhand initiatives to attract investment under which the recent Global Investors' Summit was held. "Such people should be boycotted. Our development will not come from mining and industries, but from tourism and agriculture... Don't force the youth to take up arms. Once their arrows leave the bow, you won't be able to withstand the storm."

Leaders of the Congress, CPM and JMM, and many former legislators including Chhatrapati Shahi Munda and Shailendra Mahto also addressed the rally.

"The real madaari (monkey man) of these troubles is Narendra Modi... Only with economic blockade will this madaari understand. The lights of Delhi burn with Jharkhand's coal. In 10 days, he will come to his sense," former Union minister and Congress leader Subodh Kant Sahay said.