Helicopter pilot is next navy chief 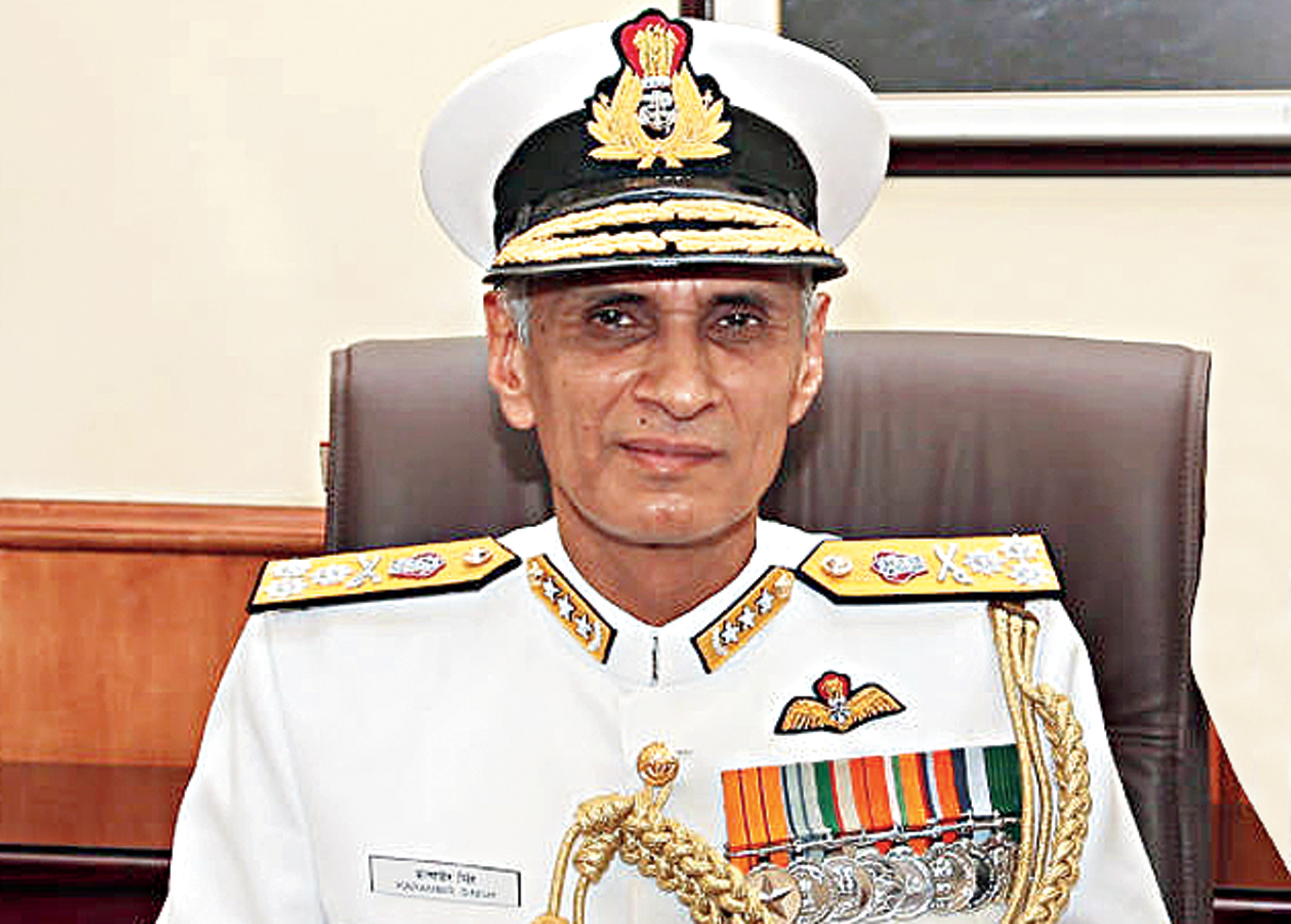 The Centre has appointed Vice-Admiral Karambir Singh as the next navy chief. He will take over from Admiral Sunil Lanba, who retires on May 30.

Vice-Admiral Singh is now the Flag Officer Commanding-in-Chief, Eastern Naval Command, in Visakhapatnam. He will be the 24th Chief of Naval Staff and the first helicopter pilot to hold the post, a defence ministry official said.

The government did not follow the tradition of appointing the senior-most eligible officer and made the selection on merit, official sources said.

The Commander-in-Chief of the Andaman and Nicobar Command, Vice-Admiral Vimal Verma, who is senior to Singh, had been among the contenders. The other contenders were Vice-Admirals G. Ashok Kumar, Ajit Kumar and Anil Kumar Chawla, the sources said.

While appointing the army chief in 2016, too, the government had bypassed the tradition of going by seniority.

Son of a wing commander in the Indian Air Force, Vice-Admiral Singh was commissioned into the navy in July 1980 and earned his wings as a helicopter pilot in 1982. He has flown extensively on the Chetak and Kamov helicopters in support of fleet operations and is a graduate from the Defence Services Staff College, Wellington, and College of Naval Warfare, Mumbai.

Vice-Admiral Singh has commanded the Indian Coast Guard ship Chandbibi, the naval missile corvette INS Vijaydurg and the guided missile destroyers INS Rana and INS Delhi. Before taking over the Eastern Naval Command, he had served as the vice-chief of the navy.

The November 1959-born officer will take charge on May 31. The navy chief’s term is for three years or till the age of 62, whichever is earlier. Admiral Lanba retires on completing three years in office.