Advertisement
Home / India / Have Rs 15 lakh? Hop onto bus from Delhi to London

Have Rs 15 lakh? Hop onto bus from Delhi to London

Travel agency promises to revive ride that will cover 20,000km and 18 countries 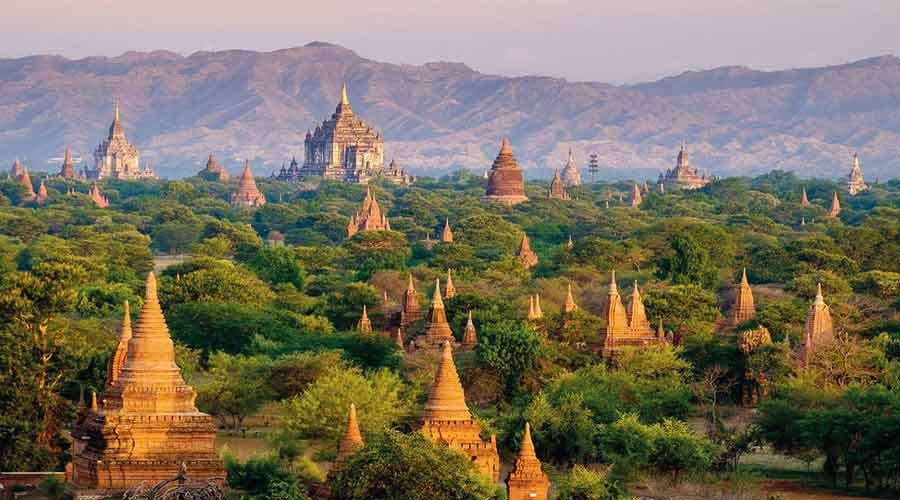 Hippies whose trail was disrupted by the turmoil in Iran in the late 1970s can take the bus back next summer if they have saved up for the last four decades.

A travel company in Gurgaon has announced a Delhi-to-London-and-back bus service from next May, by when it hopes the pandemic-induced international travel curbs will have been lifted.

Buses on the Hippie Trail — from London and other European cities to India and Bangladesh through Turkey, Iran, Afghanistan and Pakistan — had become popular among low-budget travellers from 1957 onwards. After the Iranian revolution in 1979, followed by civil war in Afghanistan that year, the service stopped.

Delhi’s Connaught Circus used to be one of the stops for these brightly painted buses with charming names like Waltzing Matilda and Swagman. Most of the trips ended in Calcutta or Panjim.

The tickets were priced between £85 and £145. Adjusted for inflation, they would be worth more than Rs 1 lakh today.

Since those days, air travel has become more affordable and the global political geography has changed, effectively ending transcontinental passenger road transport in this part of the world.

The demand for such unhurried global travel, with a lot of wayside social interaction thrown in, too seemed to have vanished. The hippie counterculture of the 1960s had morphed into the New Age of the 1970s, and by the 1980s the youth of the developed world had mostly returned to the materialist mainstream.

But on Independence Day this year, a travel firm that has been organising transcontinental car and bike adventure tours for almost a decade announced the restart of the bus route from next May.

It will bypass the western route through Pakistan, going instead through Myanmar, Thailand, Laos, China, Central Asia, Russia and Eastern Europe — covering 20,000km and 18 countries.

At Rs 15 lakh a ticket for the 70-day ride, with night halts in premier hotels along the way that even offer Indian food, the trip is targeted at travellers wealthier than the hippies were.

Bookings for the 20 spots on the bus are expected to open on bustolondon.in in October.

The Delhi-London distance along the old route via Turkey was about 8,500km but many of the hippie buses took circuitous routes that took between 20 and 50 days.

Tushar Agarwal, co-founder and director of Adventures Overland — which has announced the new service — said the route and the nitty-gritty had been worked out on his own road journeys, starting from 2010 when he drove from London to Delhi in a Jeep Cherokee.

“I worked for seven years in London as a software engineer. When I decided to drive back, I contacted the embassies of countries along the way, including the Pakistan High Commission, who told me it would not be possible for a person with an Indian passport to drive through the country,” he told The Telegraph.

“I came through Tibet from Russia and drove up to Kailash Mansarovar before entering Nepal on the way to India.”

In 2012, Agarwal was part of the Asean-India car rally from Yogyakarta in Indonesia to Delhi. “I found Myanmar to be a beautiful and welcoming place, where people are nice and open.”

Following this, he teamed up with Sanjay Madan — another travel enthusiast — to start Adventures Overland. The duo went on the Great Indian World Trip by road in 2013-14, passing through 50 countries and covering 90,000km. The trip broke s

everal Guinness and Limca records and was featured in a documentary series and a book.

Over the past three years, Adventures Overland has led car and bike convoys through the 18-country route from Delhi to London.

“Since 2018, we’ve been getting a lot of enquiries from people who want to go on the journey but don’t want to drive. We tried to accommodate them in one of the cars but these enquiries kept increasing,” Agarwal said.

“Many want it for their parents and they need some luxuries and professionals who can take care of all their needs. We thought, why not start a bus journey?”

Their initial plan was to announce this service on the Platinum Jubilee of India’s independence, in 2022, but it was advanced by a year after the lockdown period witnessed a spurt in enquiries.

“As the travel industry is the most affected sector in the lockdown, we also started offering deals on our other packages. Our next Road to London (car trip) is sold out,” Agarwal said.

The car trip was to happen this year but has been postponed to next April because of the travel curbs.

The bus service “will involve 25 other companies in the countries it will touch, including guides, hotels — four or five star, or the best available in the place — and so on”, Agarwal said.

The trip will have four segments and the travellers can choose any one or more, but those who can stay for the whole trip will get preference.

All the paperwork for the visas will be done by the company. A bus that will have a pantry car is being shortlisted. Loo halts will be at pre-decided restaurants on the way — where even Jain food is promised.

“We’re going to those countries where people rarely go. In our previous (car and bike) trips, people found western China the most beautiful,” Agarwal said.

“We will be going through a part of the Silk Route through Tashkent, Samarkhand and Bukhara. We will see the western part of the Great Wall in Xinjiang, the Gobi desert, the Pamir Glacier in Kyrgyzstan and wild horses in Kazakhstan.”

Agarwal added: “In places like Myanmar’s Bagan or Moscow that are full of sites for tourists to see, we shall halt for a day or two and organise sightseeing tours and shopping. In Europe, our focus is on the east of the continent.”