Caste reform on reverse in past six years: Sukhadeo Thorat 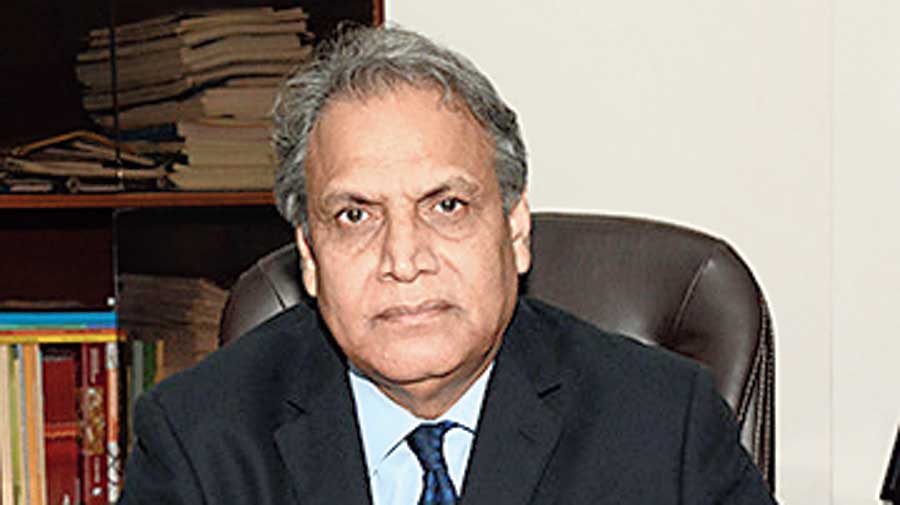 The Hathras atrocity reflects the deep hatred that many among the dominant castes harbour towards Dalits under the ideological influence of Brahmanism, Dalit thinker and former UGC chairperson Sukhadeo Thorat told The Telegraph in a recent interview.

He says that despite Bhimrao Ambedkar’s expectation that the dominant castes would try to reform the caste system, the trend in recent years has been towards caste consolidation. Attacks on Dalits have been increasing since 2014. Thorat believes the only way forward is to provide separate rural settlements, as Ambedker had proposed, with little social or economic contact between Dalits and the socially privileged. Excerpts from the interview:

Q: What underlying social dynamics do you see in the alleged Hathras gang rape and murder of a Dalit woman?

Thorat: This incident reflects the growing influence of the social ideology of Brahmanism — not Brahmans as individuals — which directly and indirectly lends support to the caste system, and (the growing) antagonism and violence against the untouchables.

These actions by people are the outcome of their faith in a system of castes. The dominant castes, as individuals, need not be blamed; what is to be blamed is the religious and social ideology that propagates contempt towards the untouchables.

Q: Why do you feel the influence of the Brahmanical ideology is increasing?

Thorat: Bhimrao Ambedkar advocated reforms to annihilate the caste system. Who should take the initiative to annihilate caste? The Dalits are doing their bit. But caste reforms have to be undertaken by those who practise it, because it is the dominant castes who have to change their behaviour towards the untouchables and bring it in tune with constitutional values.

However, the trend in the recent past has been the opposite. Caste consolidation is happening in a big way among the dominant castes, through caste organisations. We can see the formation of caste organisations like the Brahman Sabha, Maratha Sabha, Rajput Sabha, Jat Sabha, and so on. They do not propagate caste (discrimination) openly, but by forming organisations based in the names of castes, (they) serve to preserve caste consciousness, rather than reforming the caste system.

The growing influence of the social ideology of Brahmanism has given a boost to caste consciousness and to an attitude of antagonism towards the untouchables. The expectation that the majority among the dominant castes would undertake reforms to achieve social equality is now a distant dream. The happenings of the last six years have taken the agenda of caste reform in a reverse direction.

Caste is increasingly becoming a factor in social and political action. Political parties galvanise support by appealing to caste during elections. Earlier, caste was not so openly used and talked about for political purposes.

Q: The Constitution speaks about social and economic equality. Do you think large sections of the population are not abiding by constitutional values?

Thorat: There is a contradiction between what the Constitution upholds and what the majority among dominant caste people practise as far as equality and non-discrimination are concerned, despite some improvement. In the rural areas there is some improvement but the practice of untouchability is still present in several public spheres. In 2019, a total of 41,793 cases were registered under the (SC and ST Prevention of) Atrocities Act, which indicates the denial of equal rights to them. In urban areas they have suffered from discrimination in housing.

Q: What are the new forms that the caste system has assumed?

Thorat: In 2010, Action Aid did a study of untouchability in rural areas, (across) about 500 villages, drawing samples from 11 states. (It found that) untouchability had reduced in some spheres but was present in many other spheres. The denial of access to public amenities and facilities was one of them.

In urban areas the untouchables face discrimination in housing — in rentals or ownership of houses or flats — in employment, wages and occupation, and in business and trade. This means they are yet to become full citizens.

Thorat: The minimum expectation from the organisations upholding traditional religious views is condemnation of the gruesome incident like this gang rape and murder in Hathras. But we do not see any condemnation from Hindu organisations or the heads of the Hindu faith — there seems virtual silence.

It is the responsibility of the dominant castes to undertake reform of the caste system. But there is virtually no anti-caste or anti-untouchability movement within the high-caste civil society.

On the contrary, there is growing consolidation of caste, which is reflected in the increasing number of caste organisations. This caste consolidation has induced caste consciousness in a new form. The new trend is about indirect support to the caste system. Some groups openly supporting the Manusmriti and placing a statue of Manu in front of Rajasthan High Court is one of many such examples.

There is increasing propagation of Hindu religious books — which is the religious right of Hindus who believe in them — but this is done without realising that these texts also support caste and the varna system.

Q: Now that caste consolidation, instead of reforms, is happening among the dominant castes, what is the way forward for Dalits?

Thorat: Ambedkar proposed the destruction of Hindus’ faith in those principles of the Hindu religion that preach caste and inequality. However, while this goal will take a long time (to achieve), for immediate relief to the untouchables he proposed separate villages for them — in a way supporting the principle of “separate but equal”.

So Ambedkar proposed a disconnect, economic and demographic, between the untouchables and the dominant castes in the villages. This he said was possible by having separate settlements or villages of untouchables away from the high castes’ localities, with independent means of livelihood.

We have the example of the resettlement of the Hindu population that crossed over from Pakistan during the Partition —we resettled them by giving them a certain amount of money and a plot of land. We can do the same for the untouchables. In any case, in all villages the untouchables are residentially separate and socially isolated. So this separation will not be altogether new and different.

Q: There is a narrative that caste hierarchy exists among Dalits too, and that social reform should start from there. What would you say?

Thorat: Yes, there are sub-castes within all castes — low, high or middle. This is the creation of, as one author put it, a masterstroke of Brahmanical scholarship.

The untouchables from all sub-castes have suffered from untouchability and atrocities. In any case, the presence of sub-castes among the untouchables does not justify the caste discrimination and violent attacks against Dalits.

Q: Do you expect justice in the Hathras case?

Thorat: If I go by past experience, I’m less optimistic. Studies on atrocities (including) the one I have done for Maharashtra indicate that the acquittal rate is too high and the conviction rate too low.

Ambedkar had observed that the reason for the high acquittal rate was that the administration — from the lower levels in the police stations up to the judiciary — was biased against the untouchables.

Studies show that crucial loopholes are left right from the beginning, during the filing of the cases, which are then used by lawyers in the courts to bring about the high acquittal rate.

A high percentage of cases are disposed of on the ground of procedural lapses rather than the fact of the violence. We know how in Hathras the police and the district administration tried to bypass procedure and make the case weak. If social media is to be believed, the case was filed in a manner that left little hope of justice for the victim.

If poor untouchable victims face discrimination and unfair treatment at each level of the administration, how will they succeed in seeking justice? The very high acquittal rate is proof of the low chances of justice in this case as well. Even in high-profile cases such as Gohana and others, the accused were acquitted.