The second Budget of the Modi 2.0 government will be presented on February 1. 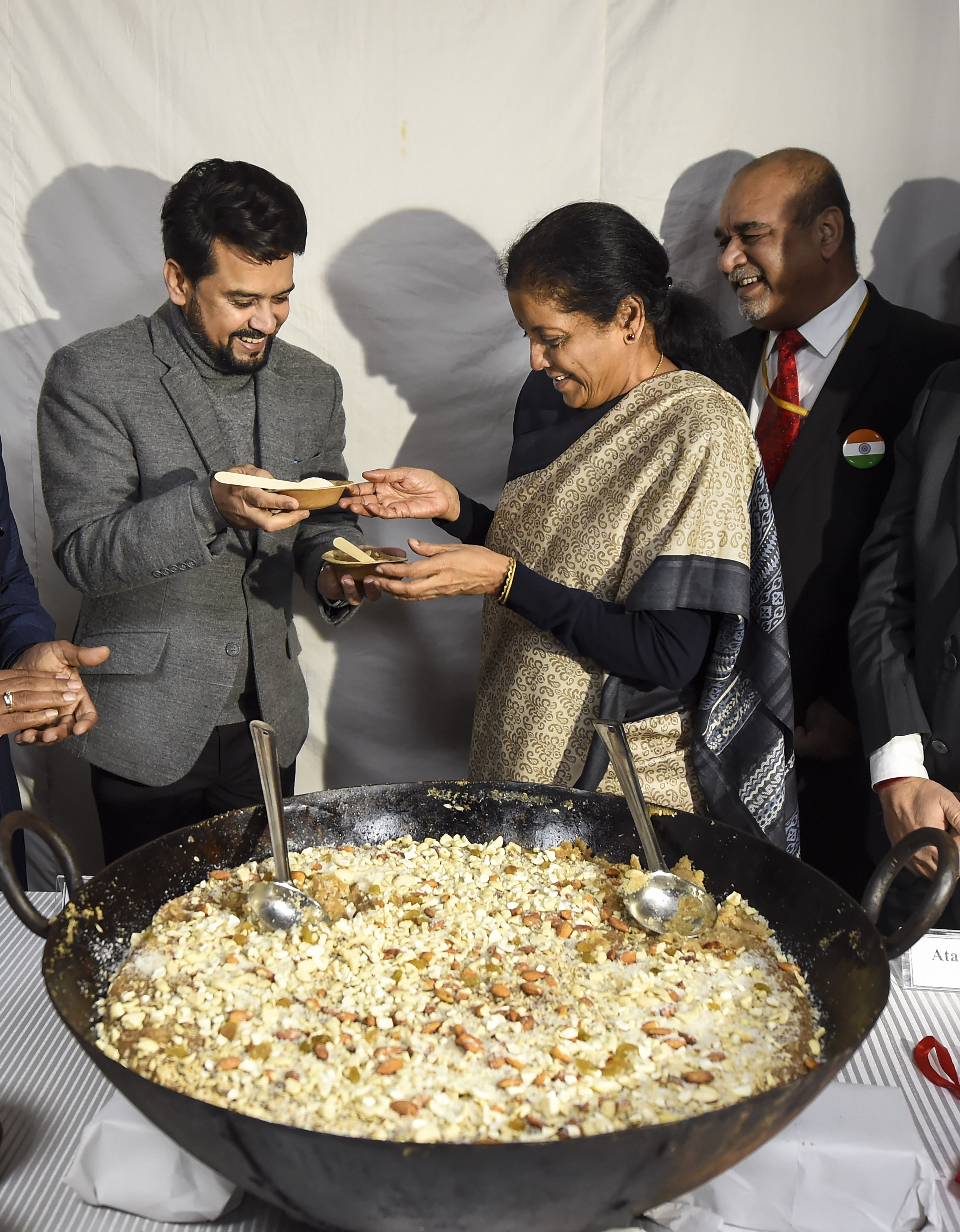 Union finance minister Nirmala Sitharaman, minister of state for finance Anurag Thakur and senior officials of the ministry of finance on Monday participated in the symbolic 'Halwa Ceremony' that marks the launch of formal printing of Budget 2020-21 documents.

The second Budget of the Modi 2.0 government will be presented on February 1.

'To maintain the secrecy of Budget, there is a 'lock-in' of the officials involved in making the Budget. Budget Press, situated inside North Block, houses all officials in the period leading up to the presentation of the Union Budget,' the finance ministry said in a statement.

These officers and staff will come in contact with their near and dear ones only after the Budget is presented in Parliament, it said.

Later, the finance minister took a round of the press and acquainted herself about the Budget printing process.

As part of the ritual, 'halwa' is prepared in a big 'kadhai' (large frying pot) and served to the entire staff in the ministry.

The significance of the event is that after the sweet dish is served, a large number of officials and support staff, who are directly associated with the Budget making and printing process, are required to stay in the ministry and remain cut off from their families till the presentation of the Budget in the Lok Sabha.

They are not even allowed to contact their near and dear ones through phone or any other form of communication, like e-mail.

Only very senior officials in the finance ministry are permitted to go home.