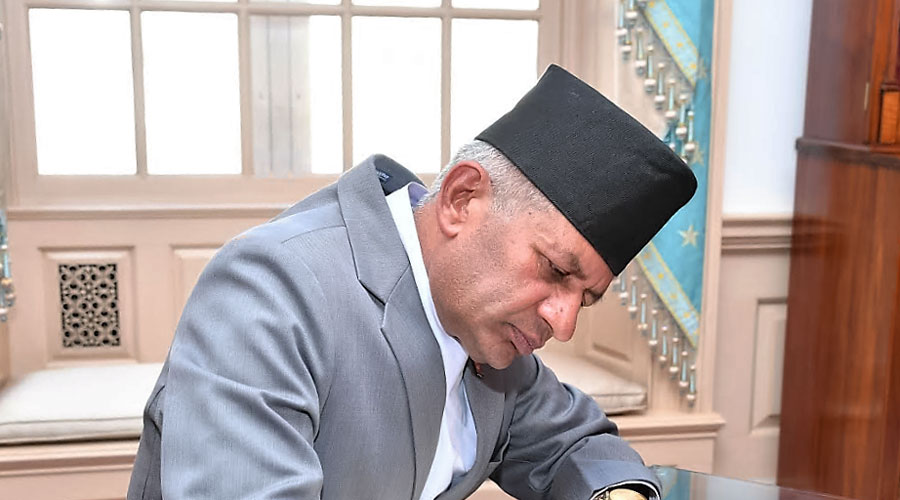 Nepal foreign minister Pradeep Gyawali on Friday said that the boundary question apart, the rest of the bilateral relationship with India remained on track and the two countries were engaging through informal channels.

“We have been able to separate the boundary issue from other aspects of the relationship,” Gyawali said, making a presentation at a meeting organised by the Nepal Institute of International Relations.

He described how the boundary dispute had got highlighted: India had issued a new map in November showing Kalapani, Lipulekh and Limpiyadhura as its territory, prompting Nepal to come out with a new map of its own showing the three areas within its borders.

He played down the differences that have turned into disputes in recent months but differed with his Indian counterpart, S. Jaishankar, on the relevance of non-alignment without specifically naming him.

“We feel non-alignment is still relevant, especially for countries like Nepal,” he said.

Jaishankar had last week said: “Non-alignment was a term of a particular era and geopolitical landscape.”

Asked how the old tripartite agreement between Nepal, India and the UK for the recruitment of Gurkhas into the militaries of the two foreign countries fitted into Kathmandu’s belief in non-alignment, Gyawali said this too was a legacy of the past.

He said the arrangement had various aspects, the most significant being employment opportunities for the Nepali youth, but some of the provisions needed to be revisited.

Nepal has already put in a formal request with the UK to review the deal with the British Army.

Given that opinion is divided in Nepal on stopping this recruitment entirely, Gyawali indicated that Kathmandu would prefer to enter into bilateral agreements with India and the UK, respectively, in place of the 70-year-old tripartite agreement, which he said had become “redundant”.

The issue has been hanging fire since 2012 when the then Baburam Bhattarai government decided to implement the recommendations of a parliamentary committee, ending the recruitment of Gurkhas by the militaries of other countries. But the plan did not see the light of day.