The first day of the new academic year turned bloody in a celebrated Kerala college where an activist of CPM student wing SFI was stabbed to death, allegedly by attackers from the Social Democratic Party of India, early on Monday. 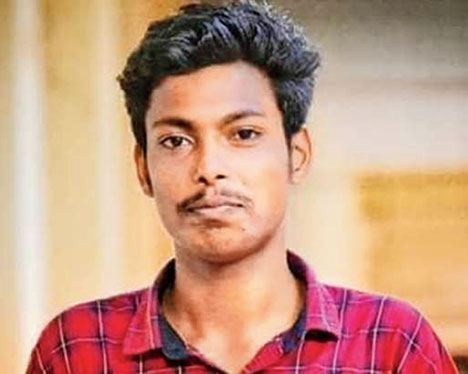 Bangalore: The first day of the new academic year turned bloody in a celebrated Kerala college where an activist of CPM student wing SFI was stabbed to death, allegedly by attackers from the Social Democratic Party of India, early on Monday.

A group of 15 is said to have attacked Abhimanyu, 20, outside the Maharaja's College in Ernakulam in connection with a dispute over graffiti to welcome new batches of students. Two other SFI members, Arjun and Vineeth, were injured in the attack.

Abhimanyu died before he could be taken to hospital. Arjun is fighting for his life while Vineeth is said to be out of danger.

Police have arrested alleged SDPI activists Bilal, Farooq and Riyaz and are looking for at least 12 more. Officers said the head of the college unit of the SDPI's student arm Campus Front, Mohammed, is suspected to have called in the assailants.

The SDPI, the political arm of the Popular Front of India, is accused of links with radical Islam and has been involved in several law-and-order problems in the state.

Abhimanyu had returned to his college hostel around midnight after attending a meeting of the CPM youth wing, DYFI, in his hometown of Marayoor in Idukki district. Trouble broke out shortly afterwards.

Maharaja's is one of the oldest colleges in the country and its alumni include several politicians such as A.K. Antony, judges like former Chief Justice of India K.G. Balakrishnan and actors like Mammootty.

Eyewitnesses from the campus have told the police that a group of about 15 arrived at the rear gate of the college, located in the heart of the city, and demanded entry. A group of SFI activists then stepped out of the campus to talk to them, and a quarrel broke out.

As the suspected SDPI activists whipped out knives, the eyewitnesses said, most of the SFI members ran away. The gang chased down Abhimanyu, Arjun and Vineeth just a few metres from the gate and repeatedly stabbed them.

Kerala has a tradition of political parties and their fronts "reserving" walls for campaigning before elections or other public events. The Campus Front had allegedly erased wall writing that said "booked by SFI" and painted its own slogans ahead of the new academic year, when student wings try to attract the fresh batches of students.

Chief minister Pinarayi Vijayan said that those behind the "well-planned murder" had extremist links and urged secular people to be vigilant.

The college has deferred its reopening by a week. Principal Krishna Kumar told reporters the general atmosphere on the campus was cordial.

"We had called the routine all-party meeting recently, where all the groups were friendly towards one another," he said.