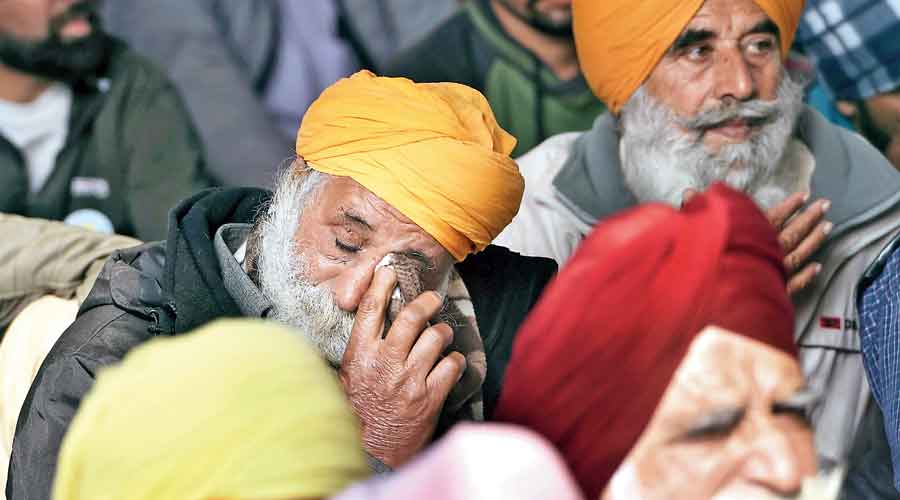 The Congress on Wednesday said the Narendra Modi government had misled the Supreme Court by saying that intense and elaborate consultative processes had been conducted before enacting the three farm laws, condemning the “distortion of facts” as “fraudulent” behaviour.

Wondering how the formation of a committee and a working group 20 years and 10 years ago, respectively, could be the basis for promulgating an ordinance, Congress spokesperson Abhishek Manu Singhvi said: “It is clear that there are serious attempts at prevarication, distortion, misrepresentation and misleading of the nation, the Supreme Court and all relevant stakeholders, apart from indulging in blatantly contumacious conduct. Not even perfunctory, much less any meaningful pre-legislative consultation was attempted, much less done by the Modi government.”

Singhvi added: “In an affidavit filed in the Supreme Court on December 11, the government said — ‘this is being filed for the purpose of dispelling the erroneous notion that the protesters have peddled that the central government and Parliament never had any consultative process or examination of issues by any committee before passing of the laws in question’. The details given in the affidavit — events spanning 20 years — cannot be called pre-legislative consultation.”

The Congress leader went on: “The only details given are references to the setting up of the so-called Guru Committee in December 2000, the Model APMC Act in 2003, the report of an empowered committee of some state ministers in 2013 and a working group on agricultural production in 2010. There is also a reference to the Draft Model Act of 2017, circulated to all states for adoption, titled ‘The State Agricultural and Livestock Marketing (Facility and Development) Act, 2017.”

The Modi government came to power in 2014 and there were no drafts of the laws enacted through ordinances available for pre-legislative consultation in June 2020.

The government claimed in the affidavit that the three farm laws had not been hurriedly passed but was a result of two decades of deliberations.

He said: “On December 11, 2020, activist Anjali Bharadwaj sent these queries to the government under the RTI — ‘1. As per the decision taken in the meeting of the committee of secretaries held on January 10, 2014, regarding the pre-legislative consultation policy, every department/ministry is required to proactively place in the domain all proposed legislation for a minimum period of 30 days. Kindly provide information on procedure adopted to proactively disclose the drafts of the farm laws. The response on December 22 was — this CPIO (central public information officer) does not hold any record in this matter.’”

The Congress leader said the answer again was “this CPIO does not hold any record in this matter”.