Govt has cash for ads, not army: Cong

The Congress on Wednesday expressed shock at reports suggesting that the Narendra Modi government, which allegedly squandered thousands of crores on publicity, was planning to cut 1.5 lakh jobs in the army to check expenditure. 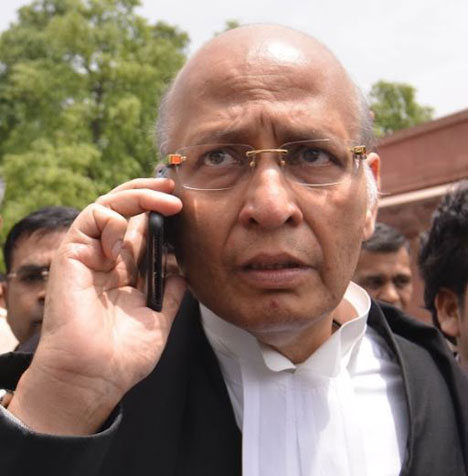 New Delhi: The Congress on Wednesday expressed shock at reports suggesting that the Narendra Modi government, which allegedly squandered thousands of crores on publicity, was planning to cut 1.5 lakh jobs in the army to check expenditure.

Pointing out that the BJP never misses an opportunity to extract political mileage from issues related to the army, Singhvi said the proposal to whittle down jobs in the army was aimed at saving between Rs 5,000 and Rs 7,000 crore, which could be used to shore up its capital expenditure account used to maintain and replenish the stock of weaponry.

He said the government had promised two crore jobs every year and was now cutting down on employment.

"If the Modi government can spend Rs 5000 crore in the last four years on publicity of the Prime Minister, then why can't it spend the same amount on weaponry and ammunition for our armed forces? Modi has spent Rs 35 lakh on his fitness video, Rs 60 crore is spent monthly on updating his photographs at petrol pumps, Rs 1,100 crore on a sprawling BJP headquarters, Rs 2,000 crore on his foreign travels. Then why is the government not providing adequate funds to the army?" Singhvi said.

Singhvi accused the government of compromising on national security and recalled how the Vice-Chief of Army Staff, Lt Gen. Sarath Chand, who retired on May 31, 2018, had testified to the parliamentary standing committee on defence detailing the state of neglect and paucity of funds for the requirements of the forces. The general had said that only 8 per cent of army equipment was state-of-the-art and 68 per cent was vintage.

The parliamentary committee headed by former BJP minister B.C. Khanduri had in its report pointed out that there were not enough resources to undertake the construction of strategic roads on the China border.