The decision comes amid protests by the Opposition, which said the right to privacy of citizens was being compromised 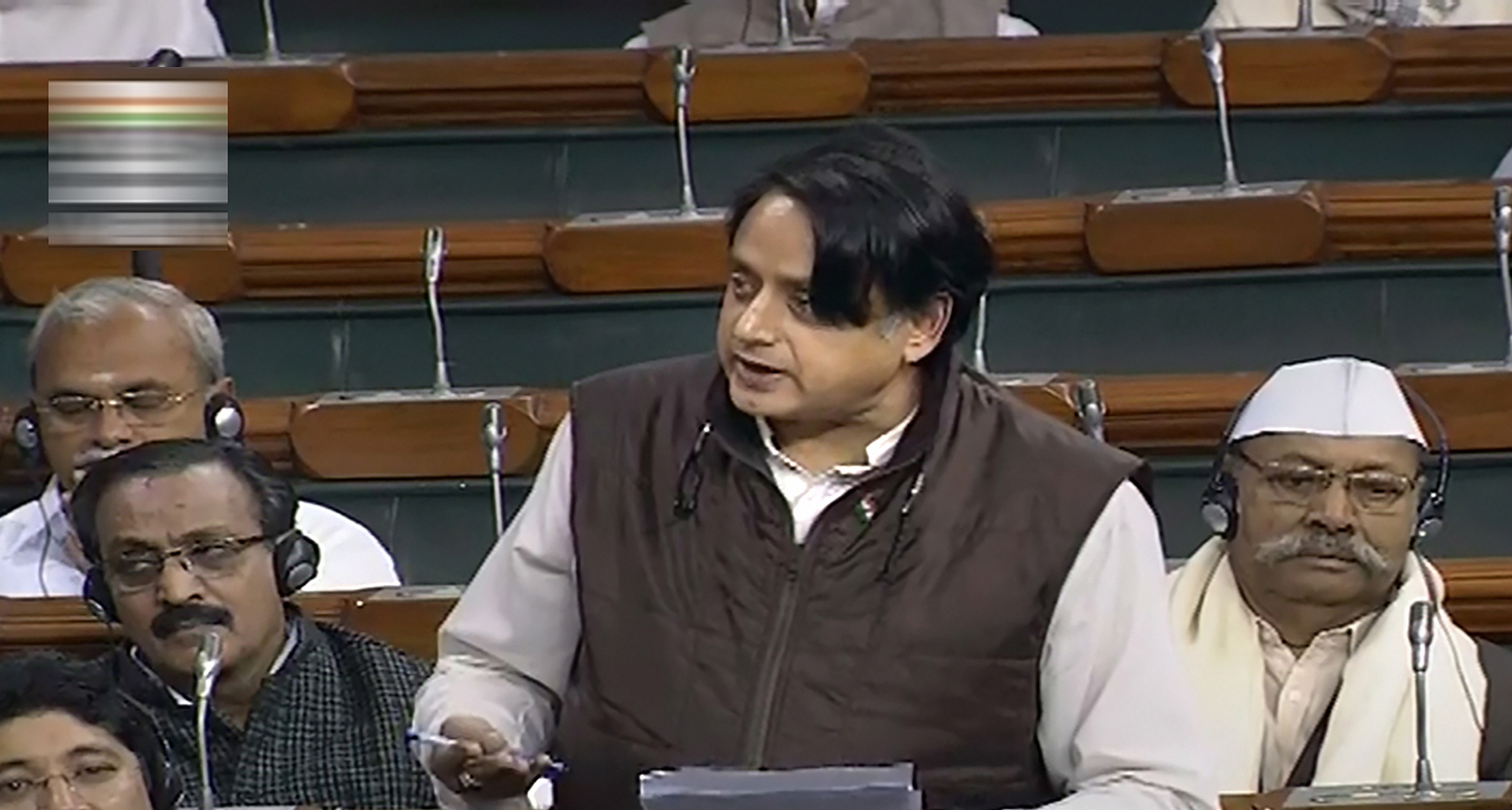 The government proposed on Wednesday to send the Personal Data Protection Bill to a joint select committee of both Houses of Parliament amid protests by the Opposition.

Congress leader Shashi Tharoor, who led the protest of Opposition parties, said the right to privacy of citizens was being compromised and demanded that it be sent to the departmental standing committee.

Opposition parties such as the Congress and the Trinamul Congress attacked the government in the Lok Sabha for a growing 'snooping industry' under its watch and alleged that the bill violated the Constitution.

Union electronics and information technology minister Ravi Shankar Prasad refuted the charge and said a parliamentary panel could examine it in the most-detailed manner.

The government will move a proposal to send the bill to the proposed committee on Thursday, he said.

This, however, infuriated the Opposition, which had called for the bill to be sent to the departmental standing committee headed by Tharoor.

The Congress MP from Thiruvananthapuram had recently decided to take up the WhatsApp snooping case, despite reservations expressed by the BJP members on the panel.

Opposition parties walked out in protest as the House, where the ruling BJP-led NDA has a massive majority, allowed the minister to introduce the bill.

Before the introduction, Opposition members such as Adhir Ranjan Chowdhury of the Congress and TMC's Saugata Roy and Mohua Moitra spoke against the bill, demanding that it be examined by the standing committee concerned.

Chowdhury said a 'snooping industry' had grown and Prasad's ministry was 'riddled with suspicions' about its conduct.

Roy said people's privacy was breached, referring to the row over the use of Israeli software Pegasus to spy on the WhatsApp communication of some people.

There was no necessity for the bill which, he said, would add one more layer of bureaucracy when the existing laws could deal with the matter.

They also cited a Supreme Court judgment that said privacy was a fundamental right to question the bill.

Prasad launched a strong defence of the bill, asserting that it had the apex court's mandate as the Supreme Court had underlined the need for a data protection law.

The bill was aimed at safeguarding people's rights and privacy, he said.

Privacy was a fundamental right but terrorists or the corrupt do not enjoy such rights, Prasad said, citing the court's order.

The proposed law was prepared on the recommendations of the Justice Srikrishna Committee which, he said, had engaged in the 'widest consultation'.

The information falling in the critical category would not be allowed to be taken out of the country and the one falling in the sensitive country could go out only with the user's consent, he added.

The proposed joint select committee will be exclusively dedicated to examining the bill in the 'most-detailed manner,' Prasad said, adding that the government wanted the draft law to be ready by the budget session of Parliament, which starts by January-end.

When Tharoor rose to protest against the move, Prasad retorted, saying as the chairperson of the standing committee on information technology, he could not advocate his own cause.

The joint panel would have the sole agenda of going through the bill as the parliamentary standing committee had other bills to scrutinise, Prasad said.

The proposed law seeks bars on storing and processing of personal data by entities without the explicit consent of the individual concerned.

It, however, provides for exemptions for 'reasonable purposes' such as 'prevention and detection of any unlawful activity including fraud, whistle-blowing, merger and acquisitions, network and information security, credit scoring, recovery of debt, processing of publicly available personal data and the operation of search engines'.

The legislation provides for stringent ground rules for processing of personal and sensitive information of children, while mandating the processing of 'critical' personal data only in India.

But data concerning health services and for complying with any law or court order could be processed without the consent of the owner, the draft bill said.

It also gives the power to the government to decide from time to time on the exemption list.

It also empowers the Centre to exempt any government agency from the application of the proposed legislation.