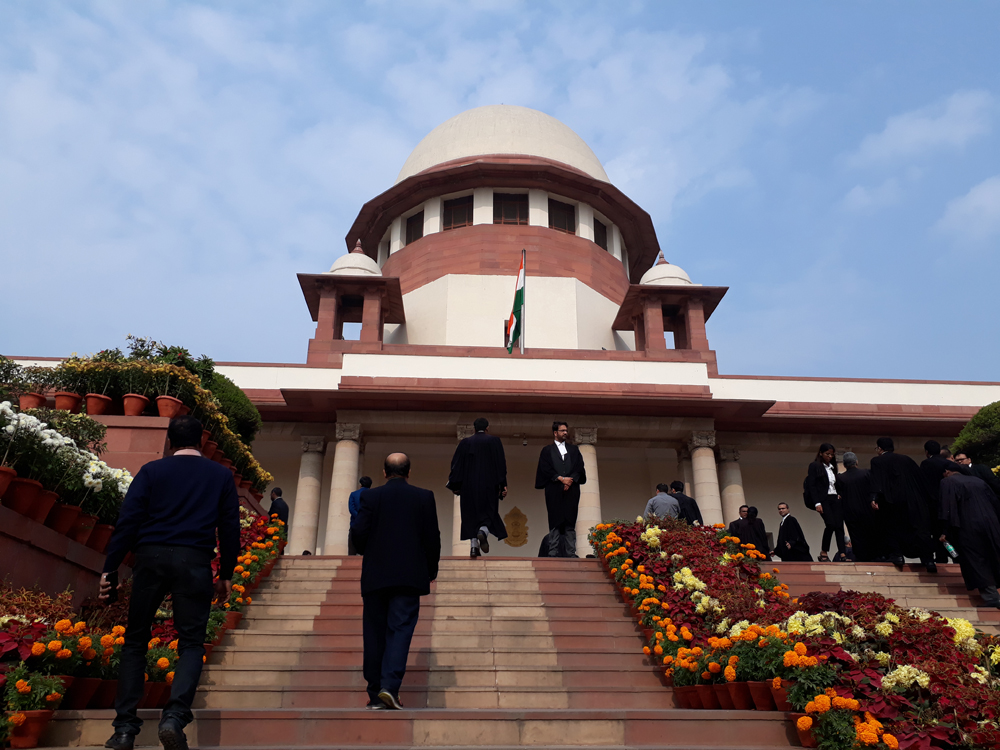 Legacy telecom companies such as Airtel and Vodafone Idea were left reeling in shock after the Supreme Court exploded in outrage, forcing the Centre to cut short a breather and order the firms to pay their long-pending licence fee and spectrum usage dues by “11:59 pm” on Friday.

The dues of 15 telecom entities have been assessed at Rs 1.47 lakh crore but it wasn’t immediately clear whether the firms had been asked to pay the entire sum in one go.

The department of telecommunications (DoT) swung into action after a three-judge Supreme Court bench headed by Justice Arun Mishra expressed fury over the manner in which a DoT desk officer had issued an order that effectively stayed the operation of an apex court verdict handed down last October.

That verdict had upheld the government’s right to recover the dues from the telecom entities. Later, the apex court bench had set a January 23 deadline for the payment of the dues. On January 23, DoT had issued the order asking the accountant-general not to insist on the payments and not to take any coercive action.

Late on Friday night, efforts had begun to shield the government from the mess. Unnamed sources claimed that DoT breather was issued “without the consent” of telecom minister Ravi Shankar Prasad and DoT secretary Anshu Prakash.

The government has taken a serious view of the matter and stringent action was being considered against those found guilty, the sources told PTI.

If such an order involving the fate of Rs 1.47 lakh crore could be issued without the knowledge of the minister and the secretary, it raises grave questions about the manner in which the department is being run. Telecom has always been a scandal-prone ministry, and the BJP had milked maximum mileage from unproven allegations when it was in Opposition.

On Friday evening, DoT directed its field offices in the country’s 23 telecom circles to start issuing notices demanding immediate payment of the dues. “You are hereby directed to make the payment of outstanding dues of licence fee and spectrum usage charges by 14.02.2020, 11:59 pm positively,” said a notice issued by the UP (West) telecom circle.

The Supreme Court took strong exception to the manner in which a desk officer at DoT had allegedly tried to cut some slack to the cash-strapped, loss-laden telecom companies by asking the country’s accountant-general to refrain from adopting coercive steps to recover dues.

“How can a desk officer do this to the Supreme Court’s order?” Justice Mishra said. “Is there no law left in the country? I am literally left anguished. I feel I should not work in this court and in this system…. I don’t get angry like this but I am totally lost how to work in this system and this country.”

“A desk officer of the department of telecommunications has the temerity to pass the order to the effect of issuing a direction to the accountant-general, another constitutional authority, ‘not to insist for any payment pursuant to the order passed by this court and not to take any coercive steps till further orders”, said the apex court bench that included Justices S. Abdul Nazeer and M.R. Shah.

“Call the desk officer here. Have you taken any action against him? Or, tell us do you want to wind up the Supreme Court? We want to know who is doing this. We will draw contempt against each one of those persons,” Justice Mishra said.

(A PTI report named the desk officer as Mandar Deshpande, an Indian accounting and finance services officer. The report said Deshpande’s order of January 23 had been issued with the approval of DoT’s member (finance) P.K. Sinha. Deshpande was posted as director in the DoT’s licensing finance policy wing.

The report added that the latest order was issued by Ankur Kumar, another director in the same office, with the approval of DoT’s member, finance.)

In the Supreme Court, Justice Mishra said: “We wonder what is happening in this country. None of the companies has paid a single penny and your officer has the temerity to stay our order? Does the Supreme Court have no value? This is nothing but an outcome of money power.”

The assertion was reminiscent of a perception outside the court that telecom companies wield enormous influence over the Centre.

The Supreme Court threatened to start contempt proceedings against DoT and the telecom companies that had failed to comply with its orders.

The court has directed the managing directors and other directors of the telecom companies to appear before it on the next date of hearing on March 17 and explain why they had not deposited the money.

The apex court asked the desk officer of DoT to explain why appropriate action should not be taken against him.

Hours after receiving the rap from the apex court, DoT withdrew its January 23 order and directed its field offices to take immediate action to recover the telecom dues that have been locked in a legal dispute for almost 14 years over the definition of adjusted gross revenues (AGR) on the basis of which the licence fee and spectrum usage payments are calculated.

Telecom providers pay DoT nearly 3 to 5 per cent of their AGR in usage charges for spectrum or airwaves and 8 per cent of AGR as licence fees.

DoT said its January 23 order stands withdrawn with immediate effect. It directed the field offices to take “immediate action in compliance with the judgment dated October 24, 2019, of the Supreme Court”.

In all, 15 telecom entities owe the government Rs 1.47 lakh crore — Rs 92,642 crore in unpaid licence fees and another Rs 55,054 crore in outstanding spectrum usage charges, according to a DoT estimate.

The non-telecom companies appear to be off the hook for now as the Supreme Court had dismissed their petitions seeking a review of the October 24 order, fearing that they would have to pay up their dues as well. These petitions were withdrawn after the apex court ruled that they could represent their case at appropriate forums.

The telecom companies have been carrying out a self-assessment process to assess their liabilities.

“As directed by DoT, the company is undertaking a self-assessment exercise for computation of liability as per the AGR judgment,” Vodafone Idea said in a presentation.

The precipitate order issued by DoT may render the self-assessment exercise irrelevant.

Vodafone Idea has already indicated to the government that it may have to close down operations in the country unless the government grants it some relief from the onerous burden.

Reports suggest that Bharti Airtel has offered to pay Rs 10,000 crore by March 2 — before the next hearing of the Supreme Court.

It is not known what action will be taken against the telecom companies if they fail to pay their dues by midnight or pay only a part of the sum.