American corporate giant GE will roll out 900 diesel locomotives from an upcoming factory at Marhaura in Saran district, around 75km northwest of Patna. 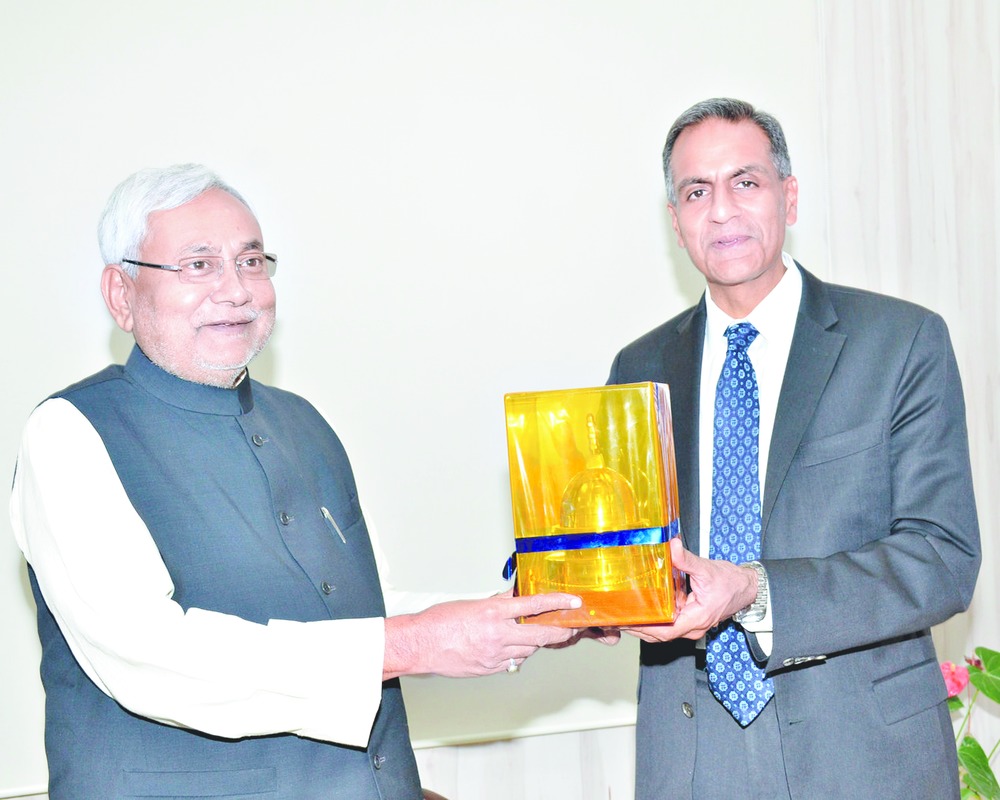 Patna, Feb. 23: American corporate giant GE will roll out 900 diesel locomotives from an upcoming factory at Marhaura in Saran district, around 75km northwest of Patna.

"A total of 1,000 diesel locomotives have to be manufactured by the US firm," US ambassador to India Richard Rahul Verma announced today. "Of these, 900 would be manufactured in Bihar."

Verma was in Patna on a daylong visit, his first to Bihar.

The upcoming locomotive manufacturing unit is being set up via public-private-partnership. While the railways will provide land, electricity and basic infrastructure support, GE will bear the cost of setting up the unit and other recurring costs.

"We have already acquired 226.9 acres of land for this factory," a senior East Central Railway (ECR) official told The Telegraph on condition of anonymity. "The same would be handed over to GE once formalities like power connection, etc, are completed. After that the US firm will take up factory construction work, which would take another two years. Locomotive manufacturing work would start after that."

Though the railways are trying to convey that work on the locomotive plant is proceeding smoothly, residents in the vicinity of the proposed factory have their doubts.

Sanjeev Kumar, a trader at Marhaura, said that mere acquisition of land should not be reason for jubilation, as the plot is still not connected by roads or train tracks.

"There are many landowners who are yet to get compensation," said Chandeshwar Rai, president of the local farmers' association. "The farmers are demanding compensation at present circle rates. They also want a job to each family from which land is acquired."

The diesel locomotive factory was first conceptualised when Lalu Prasad was the Union railway minister in the first UPA government. Marhaura falls under the Saran parliamentary seat, which the RJD chief then represented in the Lok Sabha. He laid the foundation stone for the factory in October 2007.

Though the foundation stone was laid with much fanfare, the project remained in limbo for almost eight years.

The NDA government finally set the project in motion in January 2015, giving cabinet approval for the project's execution via public-private-partnership.

Things moved further last November when the railway ministry signed an agreement with GE under which the US firm would invest $200 million to develop and supply the railways with 1,000 diesel locomotives. The company had said then that it had received a letter of award from the ministry of railways for a locomotive supply and maintenance contract. The company said it would set up a diesel locomotive manufacturing unit at Tal Puraina village under Marhaura block of Saran.

During the day, Verma met chief minister Nitish Kumar and was also to hold a closed-door meeting with state industrialists.