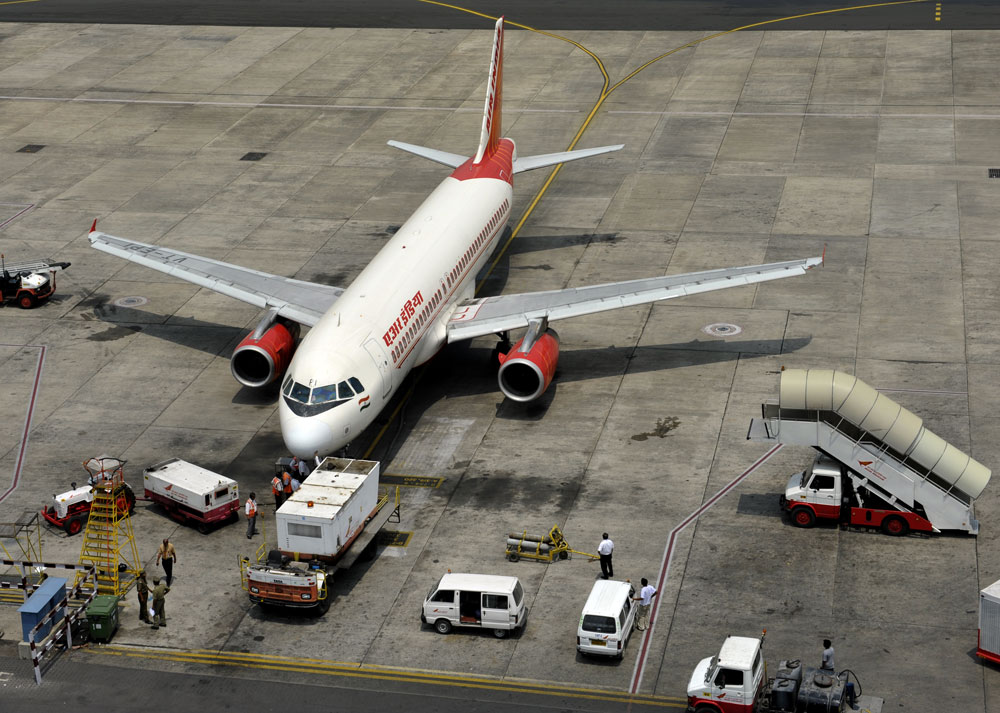 Strangely, a glitch in the server that operates the passenger service system had affected flights operated by Air India only
Picture: Suman Ballav
Uddalak Mukherjee   |     |   Published 12.05.19, 05:34 AM

I have not waited for Godot. But I have had to wait for an Air India flight — AI-676 — that landed in Mumbai only six hours after its scheduled time of arrival on April 27, the day when the Maharaja was bitten by a bug.

The delay was reportedly caused by a glitch in SITA, the server that operates the passenger service system, which, according to Air India sources, adversely affected 155 flights for an average duration of two hours on that fateful day. Strangely, it was reported that the glitch, which was discovered during routine maintenance of the system, had affected flights operated by Air India only.

Air India’s master, the central government, has sworn to take Bharat back to Ram rajya. SITA, evidently, can put a spanner in the works.

On Saturday morning — wise men believe that morning shows the day — the Maharaja had thrown hints the size of royal inscriptions that something was amiss. On reaching the Dum Dum airport, I noticed that the queue for the boarding pass in front of the Air India kiosks had snaked up to one of the exit doors of the airport, or so it appeared.

Given SITA’s rage, it was taking the harried counter staff an inordinate amount of time to issue a boarding pass — the details were being written in hand on each pass while being simultaneously entered into a log book. When I enquired whether other flight operators had been bug-bitten as well, the young chap manning the counter answered, almost triumphantly, “Spice Jet has been hit too.” Then, in a modern rendition of the Ashwathama hata (iti gaja) moment, he added, lowering his voice by a few notches, “or so we are told.”

Passengers, used to sarkari sloth, decided to make use of the time mocking the Maharaja and his minions. A middle-aged man, a dapper executive, said aloud that Air India had no buyers given its “efficiency”. A Bengali, ever competitive in the department of black humour, muttered, “Having introduced vegetarian meals,

Air India has jettisoned jet fuel to run on gobar gas.” A Sikh, having traded his Vistara ticket for flight 676, appeared to have been shocked into silence. He scratched his turban occasionally while looking at the display board on which there was one incandescent word written next to AI-676: “Delayed”.

But the Maharaja, much like the government that oversees its reign, does not take too kindly to critics. Soon passengers realised that the empire had struck back. In the course of a wait at the airport that was to last eight hours, Air India toyed with the passengers with frequent announcements of gate changes. It must have tickled the Maharaja pink to see the spectacle of a hoard of tired subjects rushing from one gate to another.

His majesty, however, soon tired of this little royal game. So he thought up another one. The waiting passengers were first informed that the flight would leave by 12.30; as the clock struck the appointed hour, 12.30 became 1; then 1 became 2 and, finally, 3.

By three in the afternoon, revolution against the monarchy was in the air. A lady, on the verge of tears, implored the attendant for an alternative arrangement. Her loved one was in the ICU in a Mumbai hospital. Another group of disgusted flyers, burly men all, decided that they have had enough: they bellowed angrily before beginning their hunt for Air India officials.

But, unknown to the revolutionaries, the Maharaja had an ace up its sleeve.

Soon there was a “refreshment announcement”, requesting the stranded passengers to collect their food packets. The revolutionaries scooted towards the counter. As with every revolution, this one, too, would have to wait.

By 3.30, the Maharaja, it seemed, had turned merciful. The flight from Mumbai had arrived and passengers formed an obedient queue to get on board.

But soon they realised that they had been tricked by the Maharaja, once again. Some of the passengers had been issued seat numbers; others had been informed that seating was “free” — they could sit wherever they pleased. A mad scramble ensued between the two groups.

The stewardess, watching the melee patiently, announced that there would be a further delay till the mess got sorted out.

That is when I realised that waiting for Godot would have been a less traumatic experience.