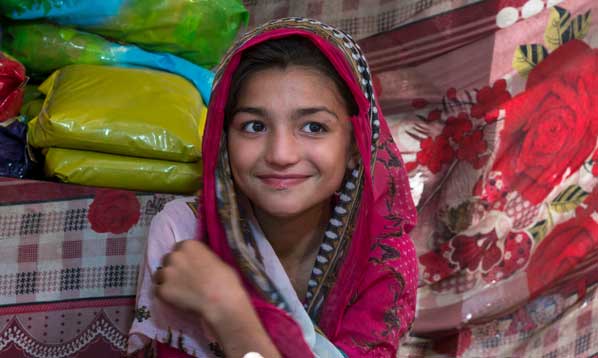 Members of India’s Gujjar community in Jammu are genetically much closer to the Pashtuns in Afghanistan and Pakistan than to other population groups within India, a genetic study has revealed, implying a shared ancestry.

The study by scientists at the Centre for DNA Fingerprinting and Diagnostics (CDFD), Hyderabad, has also shown that members of the Ladakhi community are genetically close to the Uighurs in China and Magars in Nepal.

Their study, the first comprehensive attempt to determine the genetic proximity and distance of the Gujjars and Ladakhis to populations within India and elsewhere in the world, has just been published in the journal Scientific Reports.

An earlier study had already suggested that Gujjars and Ladakhi populations appear somewhat distant from other Indian populations.

The new study used various genetic markers and found that genetic samples taken from people in other parts of India – Assam, Bengal, Jharkhand, Karnataka, Maharashtra, or Rajasthan — cluster into a group. But the samples from Gujjars and Ladakhis appear outside the group.

When compared with broad categories of populations elsewhere in the world —Hispanics, Caucasians, Africans, and Asians — the Ladakhis appeared closer to Asians, but Gujjars appeared distant from all.

The scientists then used male-specific markers called Y-STRs and compared the Gujjar and Ladakhi samples with 37 other population groups in central, south, and west Asia, Russia and Europe and discovered the genetic affiliations.

They found the Gujjars were genetically close to Pashtuns in Baghlans and Kunduz provinces of Afghanistan and Pashtuns and Sindhis in Pakistan, while the Ladakhi were close to Chinese Uighurs and Magars in Nepal.

The Gujjars traditionally have been nomadic and semi-nomadic people — similar to the Pashtuns — engaged in rearing cattle, goats and sheep. The findings imply that the two populations had shared ancestry likely split through migration.

The genetic affinity of the Ladakhis with the Uighurs isn’t surprising as, the scientists point out, Ladakh was likely a crossroads along the Silk route for hundreds of years and experienced steady flow of people through the area.

The other team members were Anujit Sarkar and Devinder Kumar.

While the study suggests a common ancestry for present-day Pashtuns in Afghanistan and Pakistan and Gujjars in India, the current genetic data is not sufficient to say how long ago they split into two geographically separated populations.

“We will need to study more genetic markers to estimate approximately how long ago they split into the two geographical populations we see now,” Nandineni said.

The scientists also observed that the Gujjars were less genetically diverse compared to the Ladakhi people.

“This is likely due to the endogamy practiced by the Gujjars — when they marry within the community, there is less genetic diversity,” Singh said.

She said Ladakh’s location along a centuries-old trading route — and thus exposure to different populations — could have facilitated the higher genetic diversity in the Ladakhi population.

The CDFD effort is only the latest among genetic studies that have provided insights into the affiliations and ancestry of different populations across India.

A decade ago, scientists at the Centre for Cellular and Molecular Biology (CCMB), Hyderabad, had shown that the Great Andamanese and the Onges are the direct descendants of modern humans who migrated out of Africa around 70,000 years ago.

Three years ago, scientists from CCMB and other collaborating institutions showed through genetic studies that the admixture of Parsis with Indian populations began 1,200 years ago, corroborating existing historical perspectives.

Another genetic study led by Partha Majumder at the National Institute of Biomedical Genomics, Kalyani (Bengal), had traced the study of a strict caste system in India to about 1,575 years ago, indicating that the Gupta dynasty imposed social strictures on populations that had until then mixed and mated unfettered.