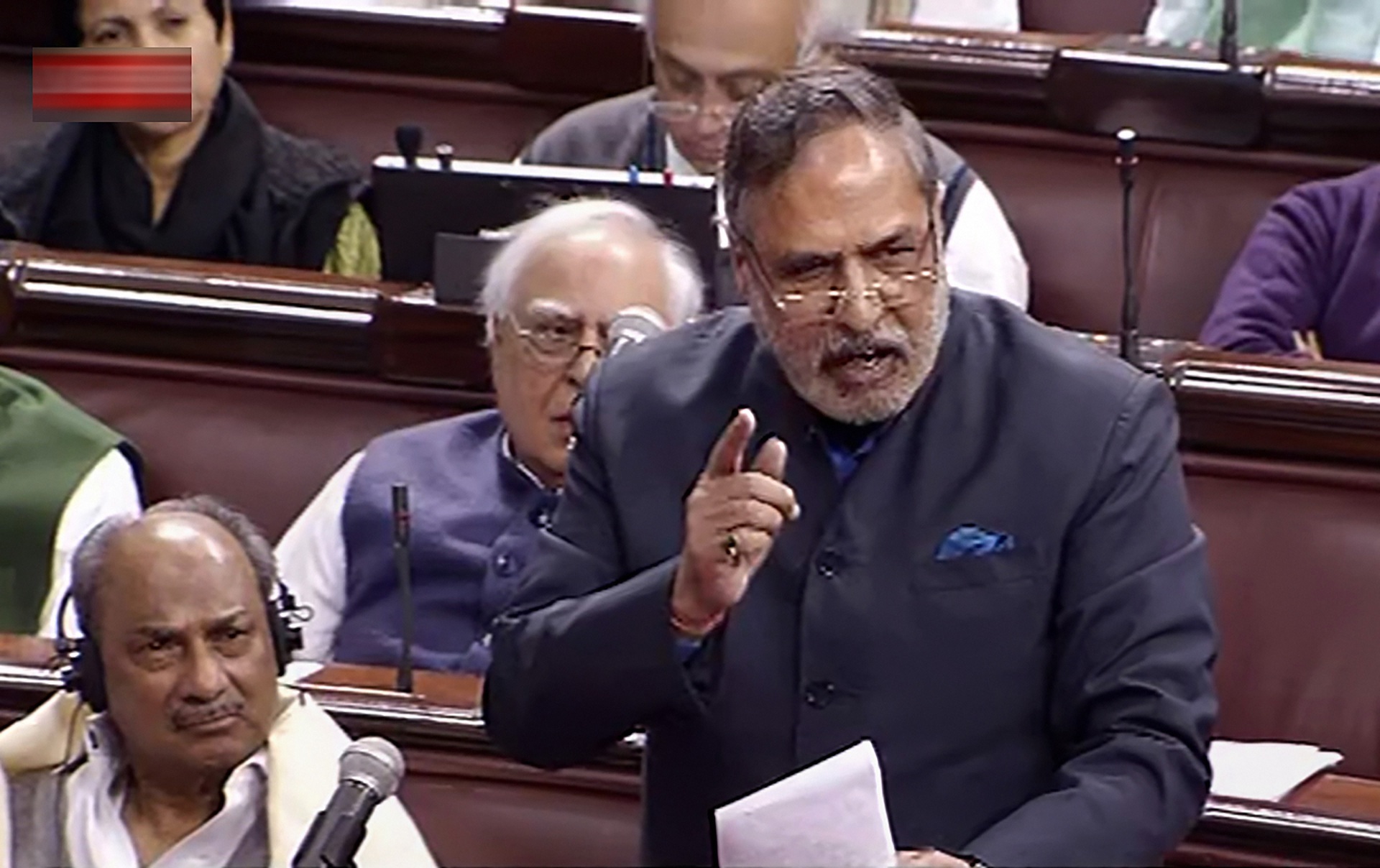 Senior Congress leader Anand Sharma hit out at external affairs minister S. Jaishankar on Sunday, saying he cannot be in denial of the "failures" of foreign policy and should answer them instead.

A day after Jaishankar's defence of India's foreign policy, the senior spokesperson of the Congress said engagements with strategic partners demand seriousness and cannot be trivialised and reduced to event management.

He also hit out at the external affairs minister for referring to the Balakote and Uri strikes, saying he should not politicise or monopolise the country's armed forces.

"Amused by foreign minister S. Jaishankar's defence of a directionless foreign policy. Rhetoric and tweets do not change ground reality. Neighbourhood first has been a priority of India's foreign policy but sadly derailed by a cavalier approach," Sharma said.

Noting that India and Nepal have historically shared a relationship based on trust, friendship and mutual respect, the former Union minister said, "The present drift and tension are a matter of national concern."

"The foreign minister cannot have the luxury of denial but should answer for the failures," he said in a series of tweets.

Amused by Foreign Minister @DrSJaishankar's defence of a directionless foreign policy. Rhetoric and tweets do not change ground reality. Neighbourhood first has been a priority of India's foreign policy but sadly derailed by a cavalier approach. (1/6)

"Foreign policy must have gravitas and depth. Engagements with strategic partners demand seriousness and cannot be trivialised and reduced to event management. You may create illusions by your optics, but history will judge you by outcomes," Sharma said.

Jaishankar hit out at Congress leader Rahul Gandhi on Friday for his criticism of the government's foreign policy, saying India's major partnerships are stronger, international standing is higher and it engages China on more equal terms politically under the Narendra Modi dispensation.

"Pakistan (that you skipped) surely notes the difference between Balakot and Uri on the one hand, and Sharm-el-Sheikh, Havana and 26/11 on the other. Ask yourself," Jaishankar said, attacking Gandhi over his comments.

The external affairs minister's no-holds-barred attack on Gandhi came after the former Congress chief, in a video message posted on Twitter, trained his guns on the government, saying over the last six years, India has been "disturbed and disrupted" with regard to its foreign policy and economy.

He shared his thoughts on why China chose to be aggressive now and alleged that Prime Minister Modi's "indiscretions" have weakened the country and left it vulnerable.

"Rahul Gandhi has questions on foreign policy. Here are some answers: Our major partnerships are stronger and international standing higher. Witness regular summits and informal meetings with US, Russia, Europe and Japan. India engages China on more equal terms politically. Ask the analysts," Jaishankar said in a series of tweets, in which he made a point-by-point rebuttal of the Congress leader's criticism.

.@RahulGandhi hs questions on Foreign Policy. Here are some answers:

Hitting back at the minister, Sharma said Jaishankar's reference to the Mumbai terror attack was "oddly out of place".

As a former ambassador and senior diplomat, he had articulated India's position, which, "for political expediency, he has chosen to criticise and disown", the Congress leader said.

"India's response was robust and mobilisation of International support exposed and isolated Pakistan. Why use Balakote, Uri and every brave action of Indian armed forces for partisan propaganda? Every Indian is proud of them," Sharma said.

"Do I have to remind that Indian Army, Airforce and Navy existed before May 2014 and their heroics and valour respected globally. Army belongs to the nation and fights under the tricolour. Advising in national interest. Do not politicise or monopolise our defence forces," he added said.

The Congress has been criticising the foreign policy of the Modi government, alleging that it has become "individual-centric", a charge denied by the government, which has said India's position and voice have strengthened globally.