Advertisement
Home / India / Forced to travel 50 km for online classes, students reach out to to NCPCR for Internet

Forced to travel 50 km for online classes, students reach out to to NCPCR for Internet 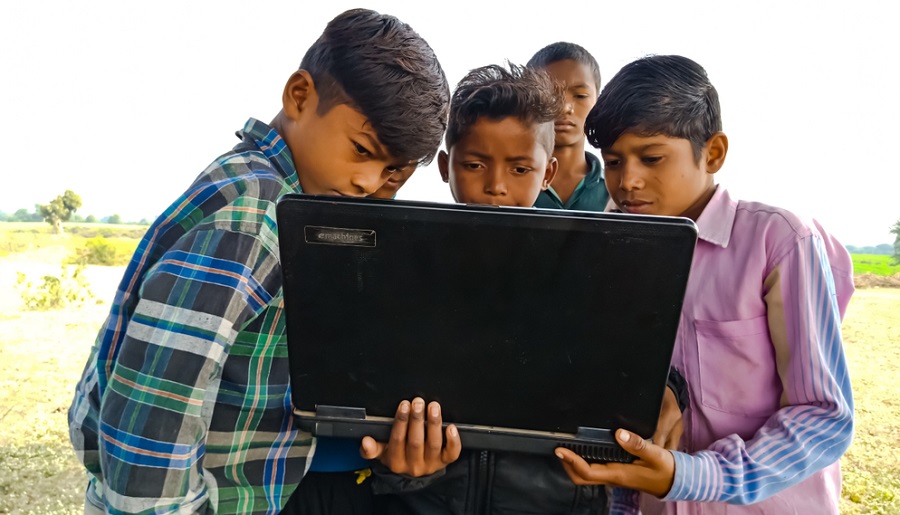 NCPCR Chairman Priyank Kanoongo said stressed that it is very important to ensure barrier-free Internet facility for the children in these times.
Representational image from Shutterstock
Our Bureau, Agencies   |   New Delhi   |   Published 22.08.20, 02:29 PM

Around 200 children were forced to travel 50 kilometers everyday to reach an area with Internet connection to attend online classes from their remote coastal villages in Maharashtra after they were hit first Covid-19 lockdown and then cyclone Nisarga.

Hit by a pandemic and then a natural disaster, the children from remote villages in Maharashtra had to deal with Internet disruptions since early June when connectivity along the coastal area of Ratnagiri district became scratchy.

But when even after a month the situation did not improve, one of the students finally reached out to the apex child rights body NCPCR for help.

The National Commission for Protection Child Rights, in turn, ensured that the connectivity is restored in the fastest possible manner by reaching out to cellular companies and the district magistrate of the area, NCPCR Chairman Priyank Kanoongo said.

In his letter to the district magistrate of the area, Kanoongo stressed that the authorities must ensure that the issue gets resolved at the earliest.

"The commission has taken cognizance of a complaint received regarding poor and disrupted network connectivity along coastal area of Ratnagiri District, Maharashtra, particularly in the area of PIN Code 415714, which was deadly hit by cyclone Nisarg on June 3, 2020 and since then, the residents of area do not have mobile and data connectivity," Kanoongo said in the letter to the district magistrate on July 25 and sought the immediate intervention from the Ratnagiri district magistrate on the matter.

Speaking to news agency PTI, Kanoongo said the NCPCR continuously followed up with the authorities and finally the Internet connection in the area was restored by one of the cellular networks while the rest of them assured that they will resolve the issue at the earliest.

"We intervened and wrote to the district magistrate and cellular companies and we dealt with it as a policy intervention in which NCPCR has to play a role in helping children. As a result, action was taken on a priority basis and internet connectivity of the village was restored," he said.

He further stressed that it is very important to ensure barrier-free Internet facility for the children in these times.

"It is very important that if children are dependent upon the Internet for their education then it needs to be ensured that they get barrier-free Internet facility," he said.

The nationwide lockdown induced by Covid-19 in March prompted schools and colleges to move to the virtual world for teaching and learning activities. But a weak internet penetration has turned e-education into a distant dream for many children in the rural areas.

According to official statistics, there are over 35 crore students in the country.