Flyers can take photos, videos in flights but can't use recording gadgets that creates chaos: DGCA 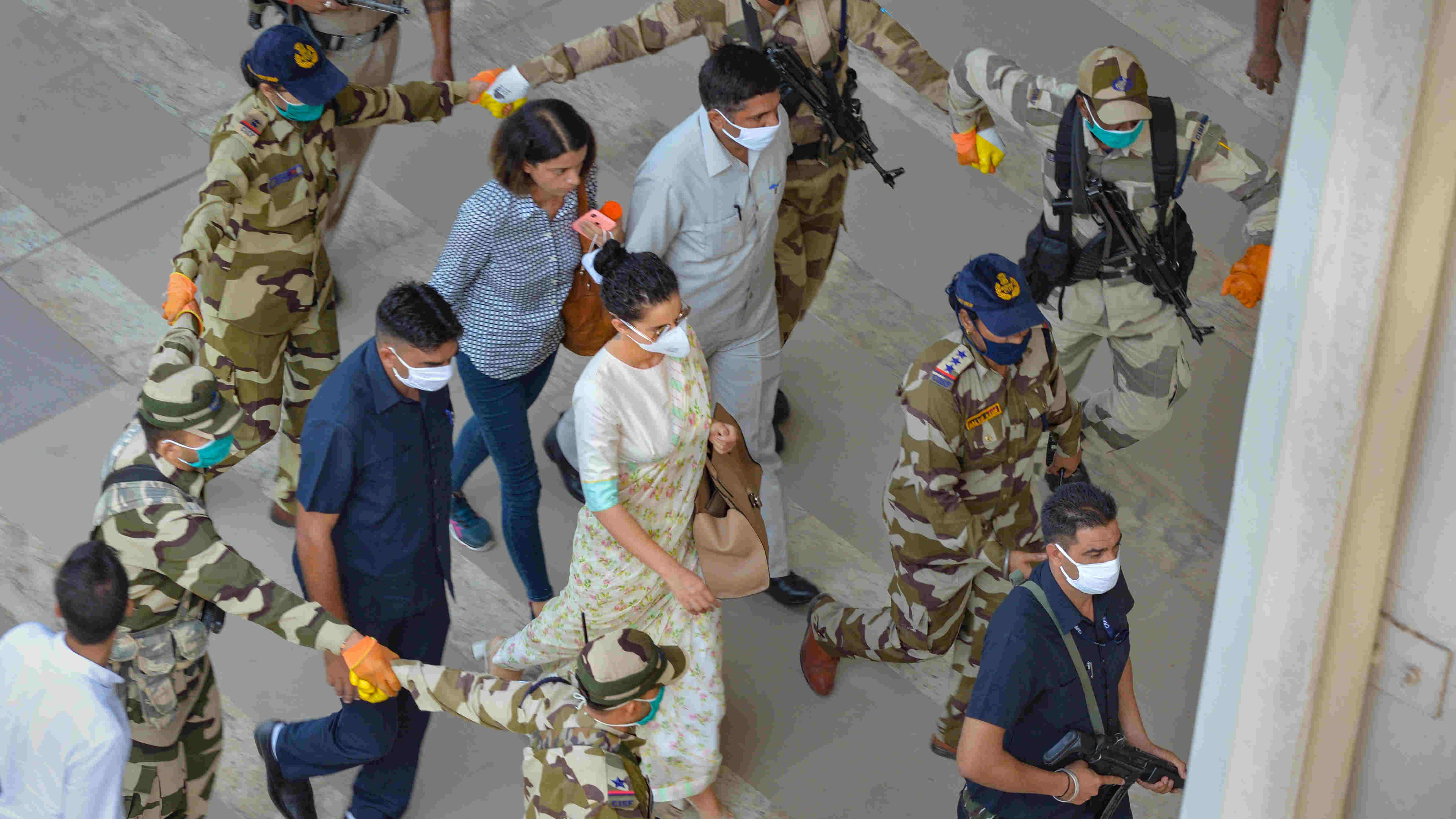 Aviation regulator DGCA "clarified" on Sunday passengers can take photos and videos inside flights but can't use any recording equipment that creates chaos, disrupts flight operations, violates safety norms or is banned by the crew members.

On Saturday, the regulator had said that a scheduled flight will be suspended for a period of two weeks if anyone is found taking photographs inside the plane.

Two days back, the Directorate General of Civil Aviation had asked IndiGo to take "appropriate action" after it found alleged violation of safety and social-distancing protocols by mediapersons in the airline's Chandigarh-Mumbai flight that had actor Kangana Ranaut as a passenger.

According to a video of the incident that took place inside the flight on September 9, reporters and cameramen were jostling and bunching up to get a comment from Ranaut, who was sitting in one of the front rows of the plane.

The DGCA order on Sunday "clarified that a bona fide passenger travelling in an aircraft engaged in scheduled air transport services may do still and video photography from inside such an aircraft while in flight; take off and landing" as per its circular dated December 9, 2004.

"However, this permission does not include use of any recording equipment which imperils or compromises air safety; violates prevalent norms; creates chaos or disruption during operation of flight or expressly prohibited by crew," the order noted.

Action may be initiated against those persons found in violation of above guidelines, the order added.

The Sunday order is a clarification on top of the Saturday order that said, "It has been decided that from now on, incase any violation (photography) occurs on any scheduled passenger aircraft - the schedule of flight for that particular route shall be suspended for a period of two weeks from the next day (of the incident)."

The Saturday order stated that as per Rule 13 of the Aircraft Rules 1937, no person is allowed to take any photographs inside a flight except when permission is granted by the DGCA or the Civil Aviation Ministry.

As per the DGCA rules, an airline can put an "unruly passenger" on its "no-fly list" for a certain period of time after an internal enquiry.

About the Chandigarh-Mumbai flight incident, a DGCA official had said on Friday that the prominent issues with the incident were related to "photography on board in violation of Aircraft rules 13, violation of COVID-19 protocols and certain actions falling within the purview of unruly behaviour on board".

The Shiv Sena, which heads the alliance government in the state, and Ranaut had engaged in a war of words after she likened Mumbai to Pakistan-occupied Kashmir (PoK) and said she feared Mumbai police more than the alleged movie mafia.

On September 9 morning, a team of the Brihanmumbai Municipal Corporation (BMC) had demolished the alterations allegedly made without the civic body's approval at Ranaut's bungalow in Pali Hill in Mumbai.

Ranaut arrived in Mumbai the same day after the demolition through the aforementioned IndiGo flight.