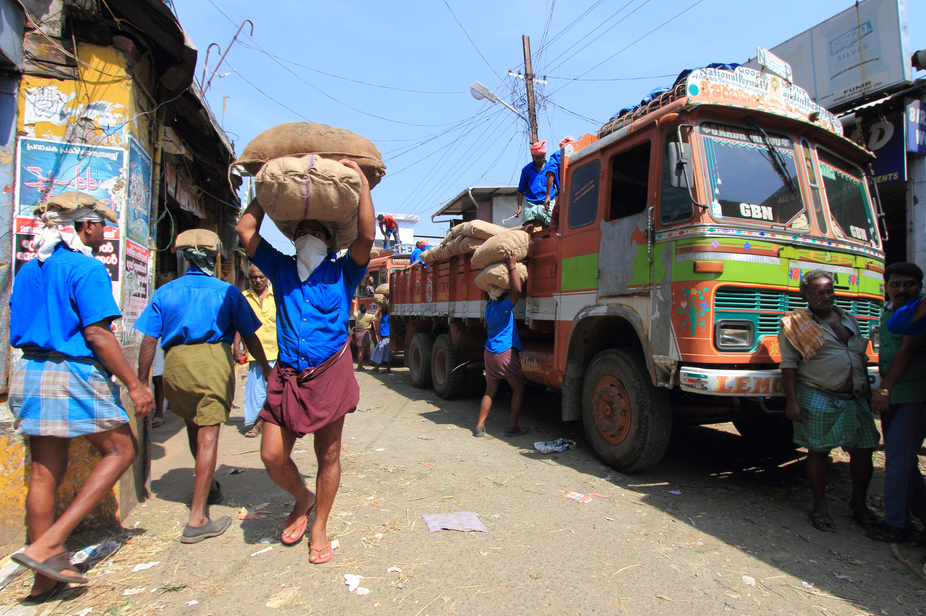 Under the draft rules, the floor wage will be decided by a central advisory board made up of representatives of employers and employees, experts and representatives of five state governments nominated by the Centre.
(Shutterstock)
Basant Kumar Mohanty   |   New Delhi   |   Published 03.11.19, 08:42 PM

The draft rules for the implementation of a new wage law have kept the criteria opaque for deciding the floor wage, binding across the country, prompting fear that it will allow the states to pay “distress wages” to workers.

Like the Centre, each state government fixes a range of minimum wages for the various categories of labour. The draft rules allow the states to set their minimum wages below the Centre’s but not below the floor wage.

Further, the trade unions are unhappy that the draft rules on the minimum wage do not force the employers to distribute among the workers the “fruits of economic progress” achieved through their hard work.

The labour and employment ministry on Friday uploaded the draft rules for the implementation of the Code on Wages, which Parliament passed last session to replace four old laws on the minimum wage. The ministry has sought feedback from the public within a month.

The board will fix the floor wage “taking into account an equivalent of three adult consumption units, including worker, of the family comprising of food, clothing, housing and any other factors considered appropriate by the central government from time to time”. The rules are silent on how the floor wage would be worked out on the basis of these criteria.

A worker makes up one adult consumption unit, his or her spouse another unit, and two of their children the third unit. Some of the trade unions have been demanding the calculation be based on at least six units — considering each child as a unit and taking into account two elderly parents.

The draft rules stipulate clearer criteria for fixing the minimum wage, which too is based on the consumption expenditure by three units of the worker’s family.

According to the rules, a worker consumes 2,700 calories a day and needs 66 metres of clothing a year. To this expenditure will be added 10 per cent of the expenditure on food and clothing as house rent, 25 per cent of it as expenses on education and health, and 20 per cent as the spend on fuel, electricity and other necessities.

This will determine the basic minimum wage, to which will be added a dearness allowance.

“The idea of two wage rates, floor wage and minimum wage, is shameful. The minimum wage should be the minimum for the entire country,” said Saji Narayanan, president of the RSS-affiliated Bharatiya Mazdoor Sangh.

“The criteria for fixing the floor wage remain abstruse. While the minimum wage will merely fulfil the workers’ basic needs, the floor wage will be even lower — it will be a ‘desperate wage’ rate.”

Narayanan said the formula for minimum wage should have taken into account the workers’ contribution to the economic growth of their establishments and of the country. “The fruits of economic progress must be shared with the workers proportionately,” he said.

Tapan Sen, general secretary of CPM labour arm Citu, too said the minimum wage should be the floor wage. “The government has deliberately kept the floor wage calculation opaque, and will come up with a distress wage as the floor wage,” Sen said.

The labour ministry has been notifying a non-binding National Minimum Floor Level Wage every second year, which now stands at Rs 176 a day. Sen feared that the new floor wage, which will have a binding effect, would be about the same.

A labour economist opposed the idea of fixing the minimum wage by linking the expenditure on food to that on other stuff.

“Just 25 per cent of the expenditure on food and clothing is too meagre to ensure standard education and health care for the workers’ families.”

Narayanan regretted that the workers’ elderly parents were not being counted while fixing the minimum wage.

“A family of workers may have two elderly parents or one elderly parent. There is hardly any other social security for old people; they are dependent on the working member of the family. It’s unfair to exclude them from the wage calculations,” Narayanan said.

He said the criterion of 2,700 calories must contain a break-up of carbohydrate, fat, protein and vitamins.

“A person can get 2,700 calories by only eating carbohydrate food like rice and bread. That’s not a healthy meal. Adequate weight must be given to meeting the nutritional need for protein, fat and vitamins,” Narayanan said.

Food that contain adequate protein, fat and vitamins tend to cost more than rice or wheat.

Narayanan said the basic minimum wage must be revised every five years apart from the regular revision of the dearness allowance.