First test-flight of Gaganyaan is expected to launch in 2024: Union Minister 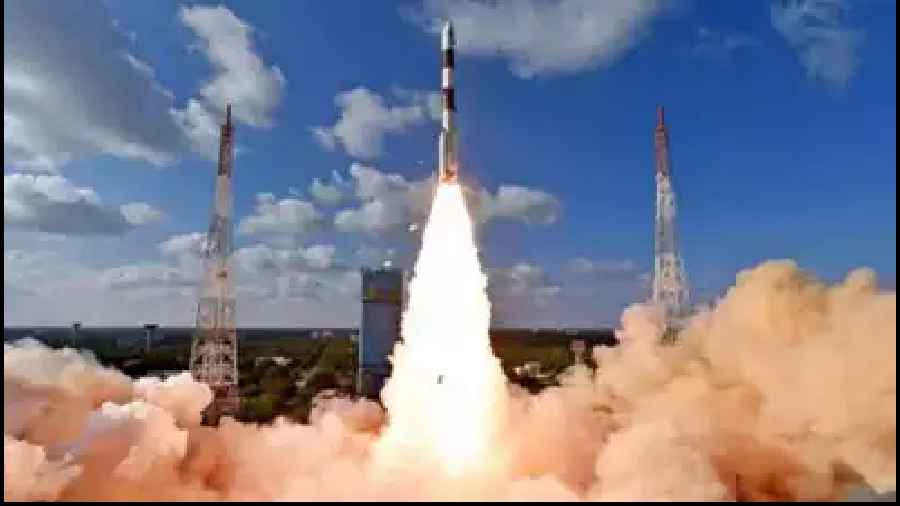 Speaking to reporters on the sidelines of an event, Singh said the government had planned the human space flight for 2022, the year of India's 75th anniversary of Independence, but the schedule went awry on account of the COVID-19 pandemic.

"The COVID-19 pandemic took a toll on the training of astronauts in Russia as well as India," Singh said, adding the first test-flight of the Gaganyaan mission is scheduled to take place later this year.

The first test-flight will be followed by sending a female-looking spacefaring humanoid robot -- Vyom Mitra -- in outer space likely next year, Singh said.

The Indian Space Research Organisation (ISRO) will send at least two astronauts into a low earth orbit in 2024 after assessing the outcome of the two orbital test flights, Singh said.

Officials said during the test mission, the spacecraft will be launched to an altitude of 15 km during which space scientists will simulate an abort scenario to ensure the return crew capsule to the Earth using parachutes.

The second orbital test flight will take the Gaganyaan crew capsule to a higher altitude and undergo a similar abort scenario to perfect the system.

Prime Minister Narendra Modi had announced the Gaganyaan mission in his Independence Day address in 2018 at a cost of Rs 10,000 crore.

ISRO also plans to launch the Chandrayaan-3 mission to the moon sometime next year. Officials said there were two launch windows for the moon mission next year in February and July.

Chandrayaan-3 is a successor to the Chandrayaan-2 mission that crash-landed on the lunar surface.