'Govt making arrangements to engage migrants economically at home itself' 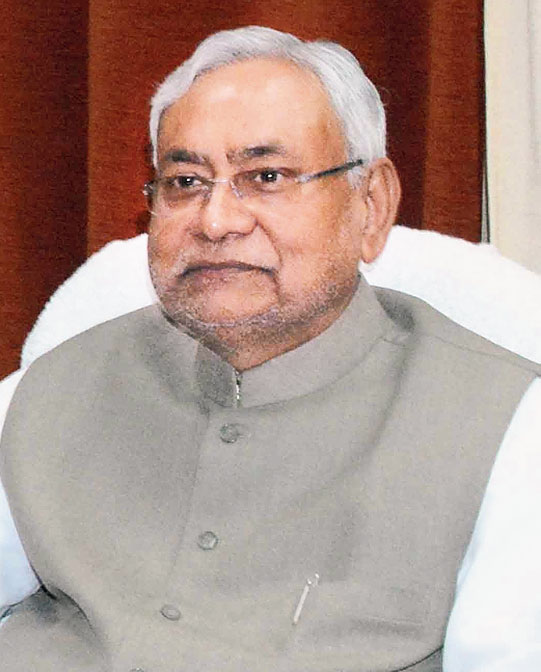 Bihar chief minister Nitish Kumar has taken exception to the use of word “pravasi” (migrant) for people going from one state to another for work, even as he slammed private companies outside Bihar for not caring for their employees during Covid-19 pandemic, forcing them to return home in distress.

Nitish said now a vast majority of the state’s citizens have returned and his government is making arrangements to engage them economically at home itself.

“We want nobody should go outside for livelihood as majboori (compulsion).… If someone wants to go of his/her volition, that is another thing,” the chief minister said on Wednesday.

“Nowdays a word ‘pravasi’ is in circulation for people going from one state to another state for work. Why should they be called migrants when being Indians they can move around anywhere in the country?” he asked, adding “the word can be used if one goes out of the country”.

The Bihar chief minister strongly criticised private companies for not taking proper care of their employees, which forced them to return homes in gruelling conditions during the coronavirus outbreak. “I have been pained by this. I want that nobody from Bihar should go out in compulsion for livelihood... everybody should get work at home itself,” he said.

A migrant labourer from Port Blair in Andaman arrives at Birsa Munda Airport in Ranchi on Thursday.
Picture by Manob Chowdhary

Nitish said he had directed departments like that of rural and urban development and others to create job opportunities for people who have returned during the Covid-19 crisis along with those already living in the state.

He said efforts are made to increase persondays in MGNREGA, Jaal Jeevan Hariyali Mission (environmental campaign schemes) and road construction among others to economically absorb the influx of manpower.

Although there is no exact count of the returnees to Bihar, on the basis of people approaching the government online and reaching out over telephones, its estimated to be over 25 lakh. Reports have been suggesting that maximum numbers of Shramik Special trains are going to Bihar and Uttar Pradesh.

With the Assembly elections scheduled in Bihar before the end of this year, the plight of migrants is emerging as an important poll issue.

Stating that victims of disaster have the first right over the state's exchequer, Nitish said the government had so far spent Rs 8,583.52 crore for providing relief to the people affected due to coronavirus.

On average, Rs 5,300 has been spent per person who has been kept at a quarantine centre for a mandatory 14 days on return from outside, he added.

The government has constituted the Coronavirus Eradication Fund which has Rs 180 crore in its kitty. The health department could buy necessary medicines and equipment such as test kits and personal protection equipment, he said.

The government has given Rs 1,000 as special assistance under a scheme from the Chief Minister's Relief Fund to more than 20 lakh people who were stuck outside the state due to lockdown, he said, adding that Rs 1,000 has been given to each ration card holding family and even to those who are yet to get ration cards.

So far, 1.41 crore ration card holding families and 21 lakh families who would be given ration cards soon have benefited from the scheme, he said, adding that Rs 1,620 crore has been spent on it.

The education department has spent Rs 3,261 crore on account of scholarships, uniform and other schemes, he said and added that Rs 1,017 crore has been spent for making payment of three months in advance to 85 lakh beneficiaries of different social security pension schemes.

The government has sanctioned Rs 730 crore for providing agriculture subsidy input to farmers whose crops were damaged during rain/hailstorm that took place in the months of February, March and April, the chief minister said.

There is no need to panic because of the coronavirus, rather people have to remain alert and vigilant, he said.

“We have to wear masks to protect ourselves from coronavirus, besides maintaining cleanliness and hygiene. There are fewer coronavirus cases in Japan as there is a tradition of wearing masks there,” Nitish said.