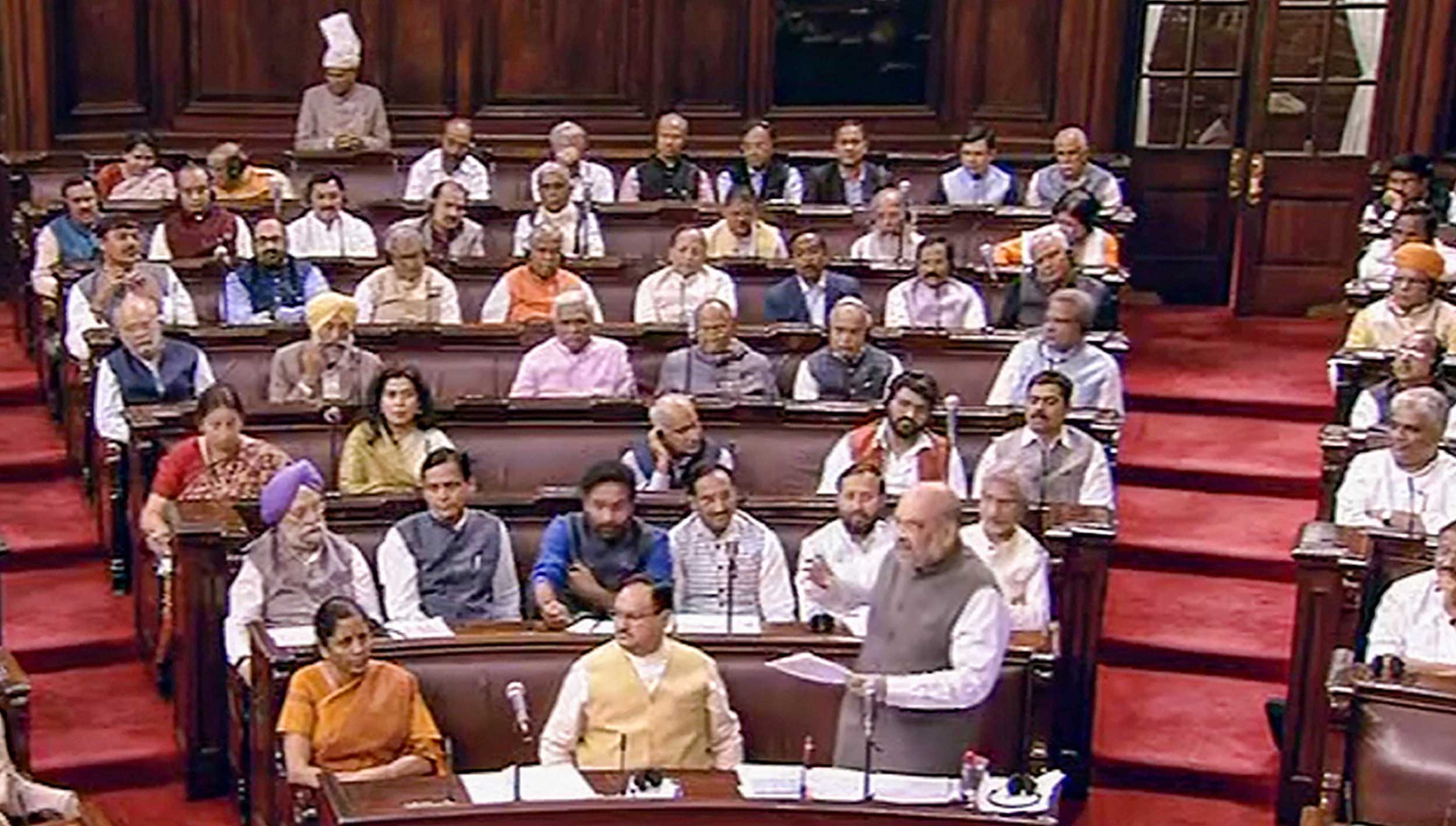 The BJP stood friendless in the Rajya Sabha on Thursday as several middle-of-the-road parties joined the Opposition in criticising the government for its slow response to the Delhi riots and refusal to acknowledge the apprehensions created by the Citizenship (Amendment) Act.

Undeterred by the BJP’s bid to project the riots as the result of the anti-CAA protests and as part of a larger conspiracy, its ally in Tamil Nadu, the AIADMK, and the BJD questioned the government’s handling of the riots. Its alliance partner JDU stayed away from the discussion, as did like-minded Shiv Sena.

Ally Akali Dal asserted that secularism was one of the four pillars of the “idea of India’’ -– a term associated with Nehruvian India that the BJP is particularly opposed to.

S.R. Balasubramoniyan (AIADMK) said the Delhi riots were being discussed not only in India’s Parliament but also abroad, adding that the “major minority community’’ was scared.

“Nineteen masjids have been damaged, four cylinders were put inside a masjid and the masjid was burnt. (A) saffron flag was being erected on a masjid. More than 53 people have been killed and 500 people have been injured and hospitalised,’’ he said.

He sought to draw a distinction between the Shaheen Bagh protests and what happened in riot-hit Jaffrabad.

“In Shaheen Bagh, only anti-CAA protesters had been participating in dharna while in Jaffrabad, not only anti-CAA but also pro-CAA people were involved.’’

Balasubramoniyan criticised the Union home ministry for failing to control the riots in time and spoke about the daylight attacks on journalists.

“The Prime Minister’s ‘Sabka sath, sabka vikas, sabka vishwas’ (slogan), which the world believed, I think, has taken a beating. The image of the home minister as a strong administrator has taken a bit of beating.’’

Referring to Amit Shah’s conspiracy theory, the BJD’s Prasanna Acharya wanted to know why had the government then not come to know of it earlier.

“If it was a pre-planned conspiracy to create riots in Delhi, to create disturbance in the country, to disturb the communal harmony in the country, particularly during the visit of the US President, then is it not a failure on the part of the government?” Acharya asked.

Both MPs also wanted to know why no action had been taken against hate mongers irrespective of their political affiliations. This was an oft-repeated question through the discussion.

Shah and the BJP dodged the references to hate speeches by party leaders – Anurag Thakur, Kapil Mishra and Parvesh Verma --- focusing instead on Congress president Sonia Gandhi’s speech calling for an agitation against the CAA.

Acharya suggested the government amend the new law to extend its provision for fast-track citizenship to Muslims from non-Islamic countries.

Likening the Delhi riots to the 1984 anti-Sikh violence, the Akali Dal’s Naresh Gujral made out a case for reverting to the old format of the National Population Register. He underscored that it had the support of the majority of chief ministers, including that of Bihar, who is “supported by BJP legislators in Bihar’’.

Gujral argued that the idea of India rested on four pillars: democracy and the institutions that supported it, unity in diversity, secularism and federalism. He said the edifice came under risk when even one of these pillars was weakened. Also, he argued, the FDI that India needs will not come if there is strife on the streets.

Banda Prakash of the TRS, another party that has always maintained its distance from the Opposition and voted with the government on most bills, echoed Congress leader Kapil Sibal’s statement that the virus of communalism spreading across Indian society was no less dangerous than the coronavirus.

Trinamul’s Derek O’Brien sought to draw similarities between the 2002 Gujarat riots and what happened in Delhi last month.

In this, the Trinamul MP found support from his CPM rival, Elamaram Kareem.

He added: “Women have agency. It is anti-women to even suggest that the women who have come out in large numbers to protest against the CAA are being controlled (from) elsewhere.’’