They also want the government to withdraw the false cases filed against several peasants during the year, mainly in BJP-ruled states 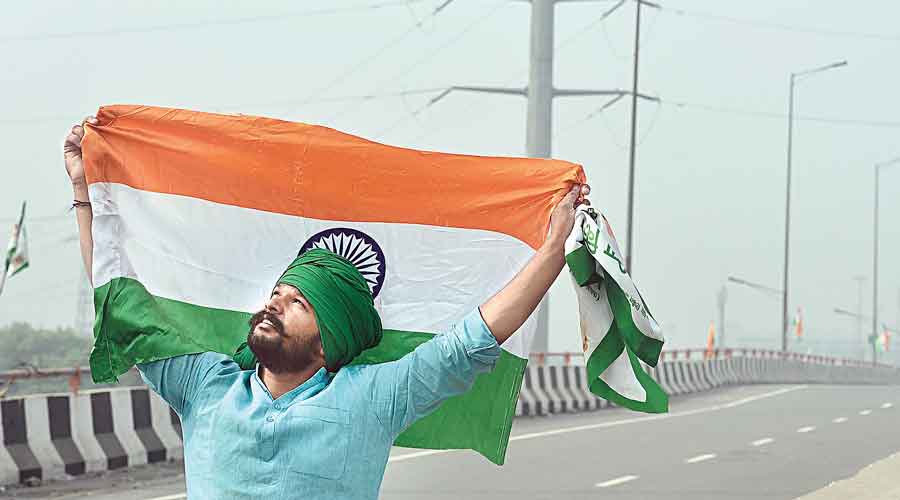 The protesting farmers on Saturday stayed firm in their demand for a law guaranteeing minimum support prices for their crops, a day after Prime Minister Narendra Modi’s unilateral promise to repeal the three controversial farm laws.

Friday’s outreach by the Prime Minister notwithstanding, the farmers have not forgotten the yearlong vilification of their peaceful protest by the ruling party’s ecosystem, which linked them to Khalistanis and Maoists. Modi himself had used the word “andolanjeevi”, suggesting that the protesters were professional agitators.

The farmers are also angry at Modi’s failure to mention — let alone show remorse over — the lives lost during the protest because of the government’s obduracy.

Having tasted victory, the farmers are even more determined to not lose the momentum and try and secure the MSP guarantee law by pressing the advantage they seem to hold with Assembly elections approaching. They cited Modi’s advocacy of such a legal provision in 2011 when he was chief minister of Gujarat.

Also, they want the government to withdraw the false cases filed against several farmers during the year, mainly in BJP-ruled states.

The plan to campaign against the BJP during the upcoming Assembly elections too remains unchanged for now.

The farmers remember how various state governments diluted the safeguards in the land acquisition law after protests had forced the Modi administration to shelve its plans to water these down. They are keen to ensure the same does not happen with the three farm laws, with the states reviving them in some form after the Union government repeals them.

For this, the farmers believe they have to ensure the BJP is defeated or at least weakened in the election-bound states.

The nine-member core committee of the Samyukta Kisan Morcha — which has been spearheading the farmer protests for a year — met on Saturday and decided to stay the course. But a final call will be taken at the general body meeting scheduled for Sunday.

During the meeting, union leaders iterated that they cannot call off the agitation on the basis of Modi’s announcement. They underlined that the manner in which the announcement was made was undemocratic too.

“This is a decision that should have been taken by the cabinet. Instead, the Prime Minister made a unilateral announcement. Our struggle has not only been for farmers’ rights but also for democracy,” a union leader said.

The farmers’ first mobilisation after the announcement will be in Lucknow on Monday in the form of a kisan mahapanchayat. The event was announced last month after four farmers were mowed down in Lakhimpur Kheri, Uttar Pradesh, by a jeep belonging to Union minister of state for home Ajay Mishra Teni.

Teni’s continuation in Modi’s ministry remains a red rag for the farmers, who consider it a provocation that the Lakhimpur Kheri district magistrate has invited the minister to an event as the chief guest.

“The district administration surely realises the upset mood of the local farmers, and also knows that the Supreme Court is taking a suo motu interest in impartiality for justice in Lakhimpur Kheri massacre,” the SKM said in a statement.

It urged the district magistrate to cancel the event and pressed the demand for Teni’s arrest and dismissal from the Union ministry.