'Those labelling farmers as villains due to stubble burning must apologise' 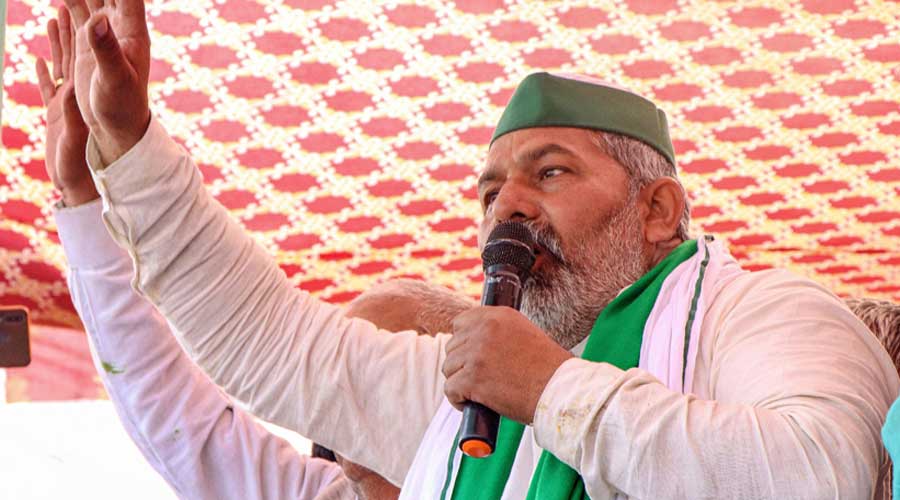 Bhartiya Kisan Union leader Rakesh Tikait on Tuesday said farmers or stubble burning should not be blamed for air pollution, citing a Supreme Court observation. The Bhartiya Kisan Union (BKU) national spokesperson, who has been one of the most prominent faces of the protests at Delhi borders against the Centre's farm laws, also demanded an apology from those holding the farming community responsible for pollution woes.

"Those labelling farmers as villains for air pollution due to stubble burning must apologise to farmers. The Supreme Court has also said it is not right to hold farmers responsible because only 10 per cent of the pollution is caused by stubble and that too for one-and-a-half to two months," Tikait tweeted in Hindi.

Hue and cry" over farmers' stubble burning is without any scientific and factual basis, the Supreme Court said on Monday while noting that it contributes only 10 per cent to air pollution in Delhi-NCR, and directed the Centre to call an emergency meeting on Tuesday to tackle pollution.

"So far, as stubble burning is concerned, broadly affidavits state that their contribution is not so much except for two months. However, at present a good amount of stubble burning is taking place in Haryana and Punjab," the bench said.

Ahead of the hearing on air pollution in Delhi-NCR, the AAP government had told the Supreme Court that it was ready to take steps like complete lockdown to control air pollution. The Delhi government has told the top court that such a step, however, would be meaningful if it is implemented across the NCR areas in neighbouring states.

Tikait's BKU is part of farmers' collective Samyukt Kisan Morcha (SKM), which is spearheading the protests against three central farm laws at Delhi's borders since November 2020, demanding their withdrawal and a legal guarantee on minimum support price for crops.

Air quality in parts of north India, particularly Delhi NCR, deteriorates to levels that impact human health. Farm fires for stubble burning are considered among other contributors like industrial and vehicular emissions and fire crackers.