Advertisement
Home / India / Farmers' protest: why courts don’t matter any more
At Delhi border, it's about life, not lagalese

At Singhu and Ghazipur borders, it is about life, not legalese 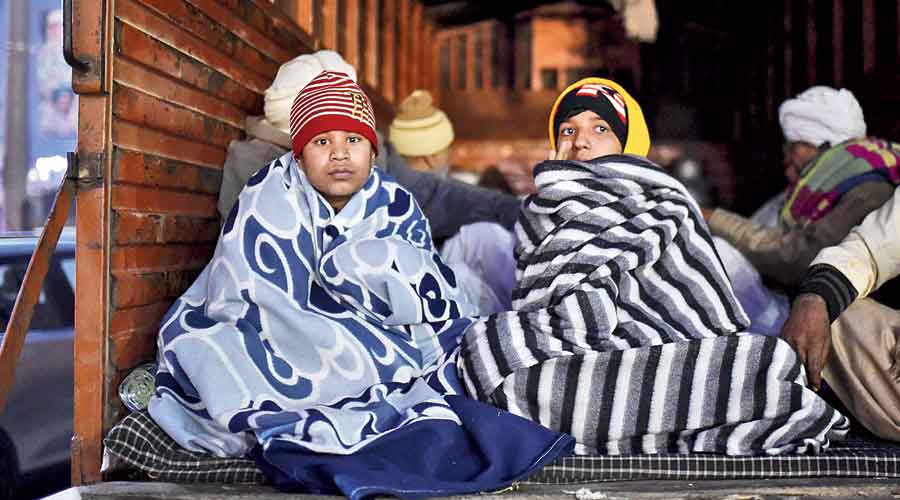 One thought that hadn’t flitted across the minds of any farmer at the bustling protest site at the Ghazipur border was that the Supreme Court was going to pass an important order on the farm laws on Tuesday. The leaders might have kept a watch but the ordinary farmers were oblivious to the legal proceedings.

The irrelevance of judicial intervention is a striking feature of the battle between the Narendra Modi government and the farming community, a sense of dismay deepened by the court’s suggestion on Monday about putting the laws on hold as they are examined by a committee.

The majority of the farmers said they were not interested in what the court said, arguing that the dangers posed by the new laws were not a subject of legal interpretation.

While some bluntly pointed to the judges’ inability to upturn the current government’s decisions, others avoided a discussion as a decision had already been taken on Monday against engaging with any committee. There is unanimity among the farmers that there is no question of reversing the direction of the movement under pressure from the government or judicial fiat.

Tarlochan Singh, an elderly farmer from Pilibhit in Uttar Pradesh, summed up the mood, saying: “It is not merely about a few legal infirmities in the laws. It is the philosophy of governance that will trigger a national crisis, a situation that will widen the conflict between the rich and the poor. If this direction is not changed, we may be heading for civil war in this country. We have to understand the nature of the threat first; it is not about legalese, it is about life.”

As a few other farmers echoed the sentiment, Tarlochan said: “Everybody is going to be affected — the small businessmen, the agriculture workers, the consumers. We don’t need governments, courts and committees to tell us what our pain is. Aisa ehsaan kya jisme jaan khatre mein aa jaye (Why is the government doing such a favour that will endanger our lives?) None will move from here until the laws are repealed. The government can fire on us, unleash tanks or do bombarding from fighter planes. We die or defeat this government.”

Others endorsed Tarlochan, insisting that the movement had crossed the phase when compromises were possible. “It is a unique mass movement which has acquired a life of its own. It is controlled by the collective spirit now,” he said.

Explaining why the Supreme Court or the committees it forms were irrelevant to the struggle, another farmer from Udhamsingh Nagar in Uttarakhand, Jagjit Singh, said: “We have experienced the ill-effects of the new laws. We had sold paddy last year at Rs 1,600 a quintal, which was lower than the MSP (minimum support price). This year, we sold paddy for Rs 1,200 despite input cost increasing heavily. Apart from high diesel prices, cost of labour per acre of land last year was Rs 2,500, which increased to Rs 4,200 this year.”

He continued: “Earlier, rice millers came to mandis to deal with the collective bargaining power of the producers in presence of SDMs (sub-divisional magistrates). This year, after the laws came into force, we had to take our produce to the mills where they will say your stuff is not good. Keep wandering, from one mill to another. Finally, I sold paddy for Rs 1,200.”

Palwinder Singh from Pilibhit had a similar experience and explained the farce of switching to other crops than the over-produced paddy.

He said: “We used to sow unseasonal paddy (called Chinese dhan) after harvesting our crop of peas. The government did a campaign, asking us to shift to maize as paddy consumed lots of water. They distributed seeds and promised to buy the produce at MSP. We followed their instructions. The government purchased some and then said the quality is not good. We had to sell our stocks at Rs 800 instead of the MSP of Rs 1,850.”

Palwinder added: “We know the worth of the government’s assurances. The Prime Minister says the corporate entities will pay higher rates than the MSP. We are fighting for the lowest benchmark — give us legal guarantee of MSP. Good for the corporates also. What is the problem in creating safeguards for the farmers? Don’t give us subsidies, no cash… just ensure MSP. Doesn’t the Prime Minister know how much is the dues of sugarcane farmers despite repeated assurances?”

These farmers were cooking vegetables at a camp run by Gurdwara Langar Sahib of Nanded in Maharashtra.

Jathedar Baba Mohan Singh, who was overhearing the conversation, gave his final verdict: “The Prime Minister and the Supreme Court judges should come here and see the truth. This is a people’s movement. Farmers ensure nobody goes hungry in India. That’s why every Indian, cutting across region and religion, is supporting us. We are here till this bekaar sarkar (useless government) withdraws these bekaar laws. Our langar has continued for 550 years and we are determined to serve the farmers here for as long as they continue the struggle.”