Rahul Gandhi tweeted: 'As per his habit, Modi ji again did asatyagraha today. Pay heed to the farmers’ demands and withdraw the three black laws.' 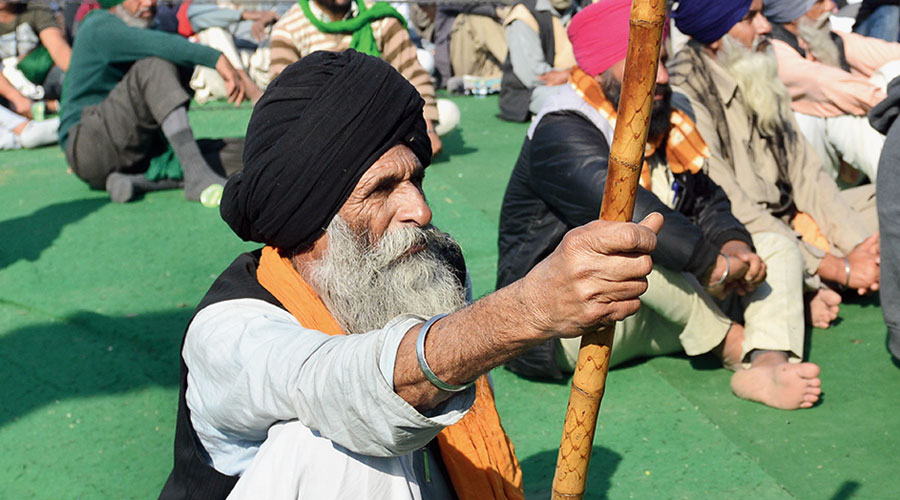 The Congress on Friday dismissed Prime Minister Narendra Modi’s outreach as “unfortunate and deceitful”, alleging that he chose to talk to “BJP workers” posing as farmers sitting hundreds of miles away instead of the engaging with the anguished peasants protesting at Delhi’s borders.

“Why this cruelty? Why this insensitivity Mr Prime Minister?” Congress communications chief Randeep Surjewala asked, adding: “Why not directly talk to the thousands of real farmers who are sitting on the road in this near-zero-degree temperature? This apathy of your government has already resulted in the death of 24 farmers.”

Surjewala said: “The Rajiv Gandhi government had 402 MPs but allowed around one lakh farmers to come to Rajpath in Delhi to protest. The Manmohan Singh government allowed Anna Hazare to protest at the Ramlila grounds…. The government engaged with the protesters and conceded their demands.”

Rahul Gandhi tweeted: “As per his habit, Modi ji again did asatyagraha today. Pay heed to the farmers’ demands and withdraw the three black laws.”

Surjewala said: “On June 12, 2014, the Modi government wrote to states to stop bonus above minimum support price (MSP). In December 2014, it brought an ordinance to kill the Land Acquisition Act. In February 2015, they submitted an affidavit in the Supreme Court saying giving 50 per cent profit above input cost was impossible. In 2016, they introduced a crop insurance scheme that helped the corporates. In 2017, they rejected the demand for farm loan-waiver while providing relief worth Rs 3.75 lakh crore to corporates.”