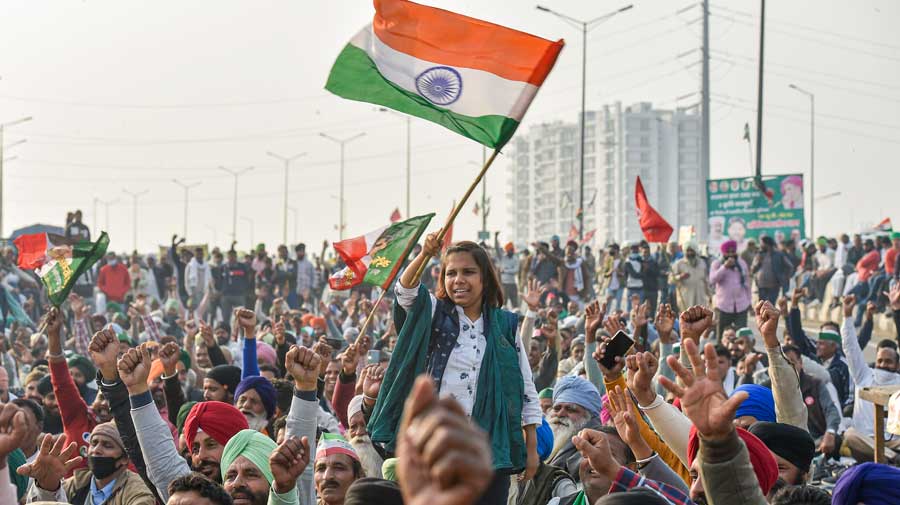 If the agitating farmer unions have alleged the talks with the Centre have been a “monologue” with the government ignoring their suggestions, the workers’ unions have now voiced a similar apprehension.

Ten central trade union organisations on Thursday boycotted a virtual meeting called by labour minister Santosh Gangwar to finalise the rules for the new labour laws, alleging an online discussion would be a “monologue” rather than a meaningful discussion.

Labour ministry sources said the Prime Minister’s Office had suggested the meeting keeping in mind the agitating farmers’ allegation that the three new farm laws had never been discussed with them before their passage in September.

The trade unions too had alleged that no “meaningful” consultations had been held with them on the four new labour laws.

However, most of the workers’ bodies rejected Thursday’s online talks, demanding physical meetings — one for each of the four laws.

“There cannot be any meaningful discussion within four hours in a virtual forum where the government can mute and unmute any speaker,” Amarjeet Kaur, a leader of CPI labour
arm Aituc, said.

“These laws affect the 48-crore (strong) workforce. They contain many anti-worker provisions. But the government wants the consultation as a ritual: the rules are already decided. That is why we did not take part in such a monologue.”

Apart from Aituc, those that boycotted the talks included the Congress-affiliated Intuc, CPM-backed Citu and the independent body Hind Mazdoor Sabha. The RSS-affiliated Bharatiya Mazdoor Sangh (BMS) attended the meeting along with a few of the smaller workers’ bodies.

However, the meeting went ahead and discussed the rules for the Code on Wages and the Code on Industrial Relations.

Because of the protest, the discussions on the rules for the two remaining laws — on occupational safety and social security — have been postponed to January 12. It has not been confirmed whether that meeting would be held online too.

Intuc leader Ashok Singh attended the meeting only to say the government must accept the unions’ demand.

Singh said: “I did not speak about the subject. I registered my protest over the way the meeting was being held and told the government to accept our demand.”

While the Code on Wages was passed last year, the other three — the Code on Industrial Relations; the Code on Social Security; and the Code on Occupational Safety, Health and Working Conditions — were passed during this year’s monsoon session.

When the last three were passed in the Rajya Sabha, the major Opposition parties had been staying away in protest against eight MPs being suspended for demonstrating against the passage of the three farm laws.

According to International Labour Organisation conventions to which India is a signatory, laws on labour welfare must be passed and the rules implemented only after tripartite discussions among the employees, employers and the government.

A labour economist who did not wish to be quoted said the process of rule-making had been opaque.

“After the draft rules were notified, hundreds of comments came for modification. The government has prepared a final version that should be shared with the trade unions to let them know whether their suggestions have been accepted or rejected, and why. But the government has not shared the final version,” he said.

One of the provisions in the Code on Wages is that the allowances paid to an employee cannot exceed 50 per cent of the total compensation (that is, it cannot exceed the basic pay). Employers have opposed this while the workers have welcomed it.

“Industries pay less under the head of basic wage while the allowances make up the major chunk of the salary,” BMS general secretary Vrijesh Upadhyay said. “This helps the industries keep down their provident fund contribution.”

He said the new provision would force the employers to cut the allowances and raise the basic pay by an equal amount, benefiting the workers.