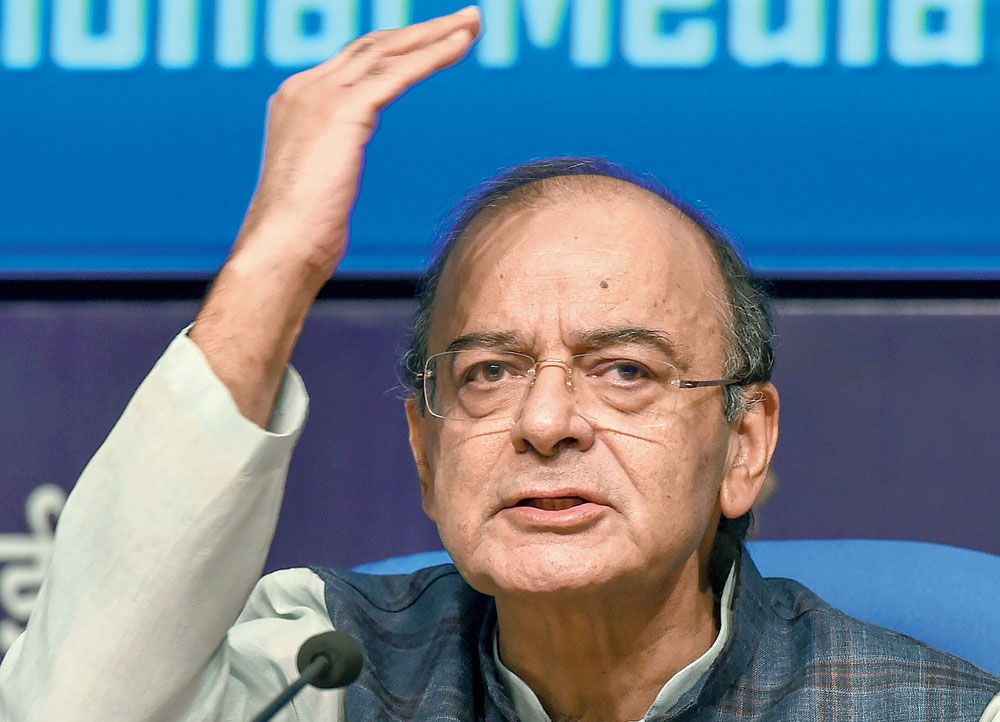 Finance minister Arun Jaitley on Wednesday sought to allude to a collusion between the Opposition parties and ousted CBI director Alok Verma, as the lawyer-turned-politician aggressively defended the government’s decision to send the two warring officers on forced leave.

Jaitley also sought to project the post-midnight operation as an example of the Narendra Modi government’s ability to act promptly. “If the government is a fast-acting government, we call why the hurry, and if it is a slow-acting government, then we say why the policy paralysis,” he said, when questioned about the unusual haste shown by the government, which woke up the department of personnel and training secretary at 2am to issue the leave order.

The finance minister said the CVC meeting took place on Tuesday evening and the government acted thereafter on its recommendation. After justifying the decision that he said was taken to protect the “integrity” of the premier investigating agency and “fairness” of the probe against the two officers, Jaitley went to slam the Opposition and hint at its collusion with the ousted CBI director.

“Regarding the charge three Opposition parties have made, I regard this charge as rubbish,” he said, referring to allegations that the action against Verma was taken to abort a Rafale probe by the CBI. “The fact that the three Opposition parties are saying that we know what the agency was going to do next itself casts a serious doubt on the fairness process,” he added.

“That itself demolishes the integrity of the person whom they are trying to support,” he said.

The three Opposition parties Jaitley referred to but didn’t name were the Congress, Aam Aadmi Party and the CPM. All these three parties today alleged a correlation between the Rafale deal and the removal of the CBI director, suggesting that the officer was about to institute a case over the fighter jet deal.

“To maintain the institutional integrity of the CBI and in the interest of fairness, purely as an interim measure, they (the two CBI officers) will sit out by going on leave for a certain period of time till the SIT investigates the charges against them,” Jaitley said. “This is in accordance with the highest standards of fairness,” he claimed.

He refused to go into the details of the SIT saying the CVC was mandated to constitute it and decide on the time frame by which the probe should be completed.

Asked that the government dragged its feet on the issue since Rakesh Asthana, the special CBI director, was a blue-eyed boy of the Prime Minister, Jaitley first sought to dismiss it saying “this makes juicy stories for the electronic media”. “In a criminal case red eye or blue eye does not matter. It is the evidence that matters,” he said.

In addition to Jaitley’s defence, the government later came up with a statement that accused Verma of “wilful obstruction” to the functioning of the CVC and vitiating the environment in the CBI.