Advertisement
Home / India / Everything you want to know about the NRC

Everything you want to know about the NRC

What is the NRC? 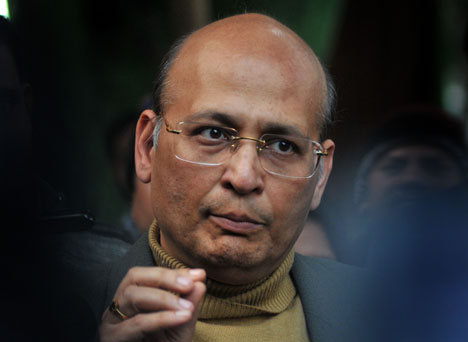 What is the NRC?

The National Register of Citizens contains the names of all Indian citizens. Only once before has an NRC been prepared, in 1951. The registers were kept in the offices of the deputy commissioners and sub-divisional officers.

The 1951 NRC is now being updated for Assam, which has had a longstanding foreigner problem, to weed out illegal immigrants and deter further influx. The final draft of the NRC is scheduled for publication on July 30, 2018.

Who are eligible to register?

♦ People whose names appear on any voter list in Assam up to March 24 midnight, 1971.

♦ Descendants of the above.

♦ People who came from Bangladesh between January 1, 1966, and March 24, 1971, registered themselves with the Foreigner Regional Registration Office and were declared by the Foreigner Tribunal as Indian citizens.

♦ All Indian citizens including their descendants who moved to Assam after March 24, 1971. (They need to furnish proof of residence in another part of the country as on March 24, 1971.)

♦ People who can provide any among a slew of other admissible documents. ( See box)

Who is doing the updating?

The state government machinery under the Registrar-General of India. Citizenship being a subject on the Union List, the Centre is responsible for the policy decisions, guidelines and funds for the NRC update.

Why is the NRC being updated now?

Updating the NRC has been a decades-old demand, with various modalities and cut-off dates suggested over the years and many rounds of talks held.

Things began moving after a May 5, 2005, tripartite meeting among the Centre, Assam government and All Assam Students' Union. Chaired by then Prime Minister Manmohan Singh, the meeting decided to update the NRC.

The Supreme Court got involved in 2009 after an NGO, Assam Public Works, filed a writ petition for the deletion of illegal migrants' names from voter lists in Assam.

Pilot projects for updating the NRC started in two blocks (in Kamrup and Barpeta districts) in June 2010 but were stopped the following month because of law-and-order problems. In July 2011, the state government set up a cabinet subcommittee to simplify the procedure.

Distribution and receipt of filled-in NRC application forms began in 2015. Acceptance of applications ended on August 31, 2015. The verification process started on September 1, 2015.

What are the benefits of registering?

Since the NRC will form the basis for the detection of illegal immigrants, inclusion will be a shield against harassment and a ticket to enjoying all the constitutional rights and safeguards and the benefits of government schemes.

What if I do not get myself registered?

You will face administrative/legal problems. You may receive a notice from one of the 100 foreigner tribunals in Assam to establish your Indian citizenship. If you cannot establish it, you may face deportation or jail as a stateless person.

Is the document being published on July 30 the final NRC?

What are claims and objections?

Claim: If you had applied but your name is not on the final draft NRC, you can stake a claim for inclusion with the required documents as supporting evidence.

Objection: If you think that the names of ineligible people have been included in the final draft NRC, you can raise an objection and seek to have their names removed.

Claim and objection forms will be available at the NRC Seva Kendras and can also be downloaded from www.nrcassam.nic.in. The NRC authorities will receive the forms between August 30 and September 28.

Claims and objections can only be submitted physically at the NRC Seva Kendras and not online. Correction of names can be made through the Seva Kendras or online.

How do I find out whether my name is on the July 30 list?

If you have applied, you can make a claim for inclusion.

If I have not applied, can I do so now?

Yes, but after the final NRC is published. NRC coordinator Prateek Hajela has said the NRC update will be a "continuous" process.

Will I be deported if my name is not on the final list?

Non-inclusion in the final NRC does not necessarily make a person a foreigner. It's the foreigners tribunals that will decide who is a foreigner. The tribunal rulings can be challenged in the high court and then in the Supreme Court.

What fears have been expressed before the July 30 release?

What has the Centre and the state government done to allay the fears?

The state government has launched a massive awareness drive through public meetings and media advertisements. The Centre has provided 220 additional companies of security personnel to ensure peace.

What is the next big step in the process?

Publication of the updated NRC after resolving all claims and objections and correcting any misspelled names.