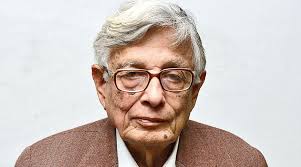 Eminent historians on Wednesday highlighted the syncretism and inclusiveness ingrained in Indian civilisation, seeking to challenge the RSS-BJP stand about the subcontinent having a monolithic culture.

At a webinar on “Indian Civilisation: Historical Perspectives” organised by the Indian History Congress (IHC), Irfan Habib spoke of India’s rich and long civilisational history. He stressed the importance of scientific and evidence-based research on history.

“One of the common refrains in the presentations was that the approach to the study of history should not be influenced by the official line of the present government, which tries to belittle the national movement led by Gandhi and Nehru or projects the culture in its own way. One should be scientific and academic while approaching academic issues,” Habib told The Telegraph.

According to an IHC media release, Shireen Moosvi told the webinar that Emperor Akbar’s principle of sulh-i-kul or universal peace was an inclusive policy premised on an understanding of, and respect for, India’s diverse traditions.

Syed Ali Nadeem Rezavi from Aligarh Muslim University said medieval Indian architecture was an amalgamation of indigenous and Persianate traditions. He highlighted Mughla-era buildings that had images of Jesus, Mary and Hindu gods.

Aditya Mukherjee spoke of the freedom struggle and underlined its leaders’ efforts to promote civilisational values without any form of sectarianism.

Deepak Kumar, a JNU professor, stressed the cultivation of the scientific temper as an important civilisational virtue.

AMU told: No reason to brag about PM