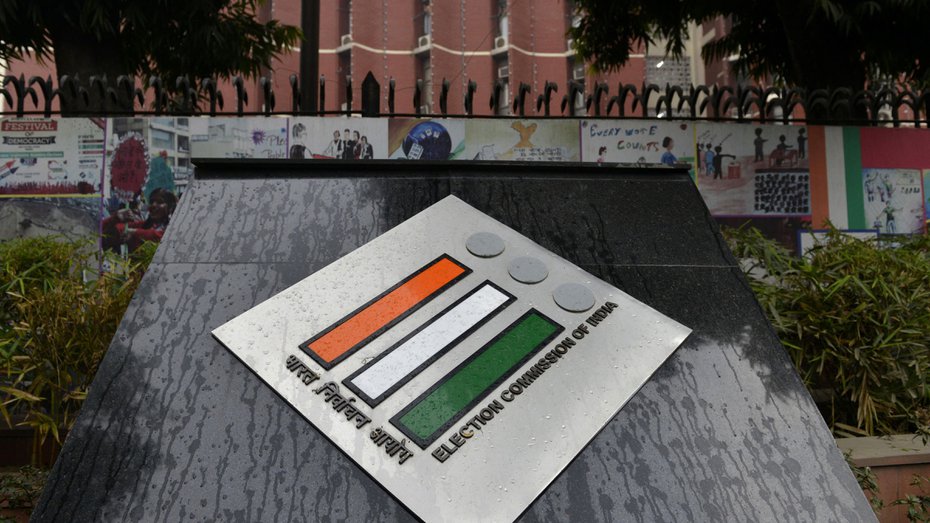 In May 2017 the Election Commission wrote to the Union Ministry of Law and Justice expressing apprehensions that electoral bonds might “lead to increased use of black money for political funding through shell companies”
The Telegraph file picture
Furquan Ameen   |   Published 22.11.19, 08:38 PM

Political parties need cash to fight an election and to have their candidates whizzing around the country and printing expensive brochures. That inevitably leads to seeking out donations and eventually corruption in the system. The ruling BJP introduced the electoral bonds scheme nearly three years ago, ostensibly to rid the system of black money. But the electoral bonds scheme that was introduced has several loopholes and was objected to by several political parties and the Reserve Bank of India (RBI) and the Election Commission (EC).

A look at the scheme that was introduced:

What are Electoral bonds?

Electoral bonds are a way for an Indian citizen, or a company incorporated or established in the country to anonymously fund political parties. The Electoral Bond Scheme 2018 was notified on January 2, 2018. It was touted as a cash alternative that could be bought, singly or jointly, through select branches of the State Bank of India (SBI). These promissory notes can then be donated to political parties that had to encash them within 15 days.

Political parties which secured at least 1 per cent of the votes in the most recent parliamentary or assembly polls are eligible to encash these bonds only through a bank account with the authorised bank.

In a press statement in February 2018, the Department of Economic Affairs (DEA) clarified that such bonds would only be valid for 15 calendar days from the date of issue. It also said that “no payment shall be made to any payee Political Party if the Electoral Bond is deposited after the expiry of the validity period.”

What are the allegations?

On Thursday, Congress MP Manish Tewari accused the Narendra Modi government of making “corruption official” on the floor of the Lok Sabha. And Adhir Ranjan Chowdhury, the Congress leader in the House, called it a big scam. The Congress said that Right to Information Act (RTI) documents revealed how the Central Government ignored the Reserve Bank of India (RBI) and Election Commission’s reservations about introducing the electoral bonds.

The RTI documents Congress quoted were accessed by activist Commodore Lokesh Batra (retd) under the RTI Act. A series of stories by Huffington Post India, largely based on Batra’s documents, revealed how the Modi government rejected red flags raised by the RBI and the Election Commission and pushed through laws to legalise electoral bonds.

What is the controversy about?

The story starts in January 2017, four days before former Finance Minister Arun Jaitley’s Budget speech, when comments on the bonds scheme were sought from the RBI. On January 30, the RBI responded with objections to an amendment to the Reserve Bank of India Act (required to introduce the bonds). RBI called the electoral bonds a type of bearer bond that would not lead to transparency. Instead the purchasers of the bonds would remain secret.

“Bearer instruments have the potential to become currency and if issued in sizeable quantities can undermine faith in banknotes issued by the central bank,” the central bank mentioned in its response.

On the same day, through a note, the then Revenue Secretary Hasmukh Adhia argued that this advice came very late and at a time when the Finance Bill had already been printed. Two days later, Jaitley proposed the creation of electoral bonds and an amendment to the RBI Act.

By the end of March 2017, with the passage of the Finance Bill 2017 in the Lok Sabha the proposal became law.

On July 3, the law ministry forwarded the letter to the DEA but it went unanswered. Two weeks later, on July 19, a meeting was held between then economic affairs secretary S.C. Garg and EC officials.

The Huffington Post story further revealed that the PMO had intervened and this persuaded the Ministry of Finance to break its own rules for the sale of bonds. A time limit on the sale of bonds was imposed to prevent money laundering. The donors were given four 10-day windows a year to buy electoral bonds, as per the rules.

Additionally, the first sales of 2018 were also opened a month earlier in March. About 95 per cent of the total Rs 222 crore worth of bonds bought in the round went to the BJP, according to data collected by the Association for Democratic Reforms. By May 2019, an estimated Rs 6,000 crore of electoral bonds were bought and donated to political parties.

The second special window to sell electoral bonds was opened in November 2018, before the elections in Chhattisgarh, Madhya Pradesh, Mizoram, Rajasthan and Telangana. The May precedent was cited in an internal letter of the finance ministry.

Electoral bonds are considered valid for a period of 15-calendar days (including non-working days) after which they expire even if not encashed. The news website found that after the Karnataka elections led to a hung assembly, the finance ministry made SBI bend the 15-day rule to allow anonymous donors to donate expired bonds worth Rs 10 crore. The inconclusive election results witnessed accusations, from multiple political parties, of bribing MLAs to change sides. The lapsed bonds, as per the rules, should have been given to the National Disaster Relief Fund. The finance ministry note said: “As some amount of lack of complete clarity may have been witnessed in the bond issue in last windows, SBI may grant credit to such bond holders of bond (sic) issued before May 10, 2018, if the bonds were deposited within 15 working days.”

On Thursday, Piyush Goyal held a press conference at the BJP headquarters to counter the allegations. Goyal said that the government of India was in constant discussion with the RBI and the EC. He said the organisations had enough time to consider the issue given that it took them almost a year to notify the scheme after the introduction of Finance Bill 2017.

Goyal also said that with Electoral bonds the government ensured that whatever money is used in elections and political activities must come from the bank, through fulfilment of KYC norms, and could only be issued by selected SBI branches so that the SBI can keep its track.

Electoral bonds have made corruption official: Congress in Lok Sabha