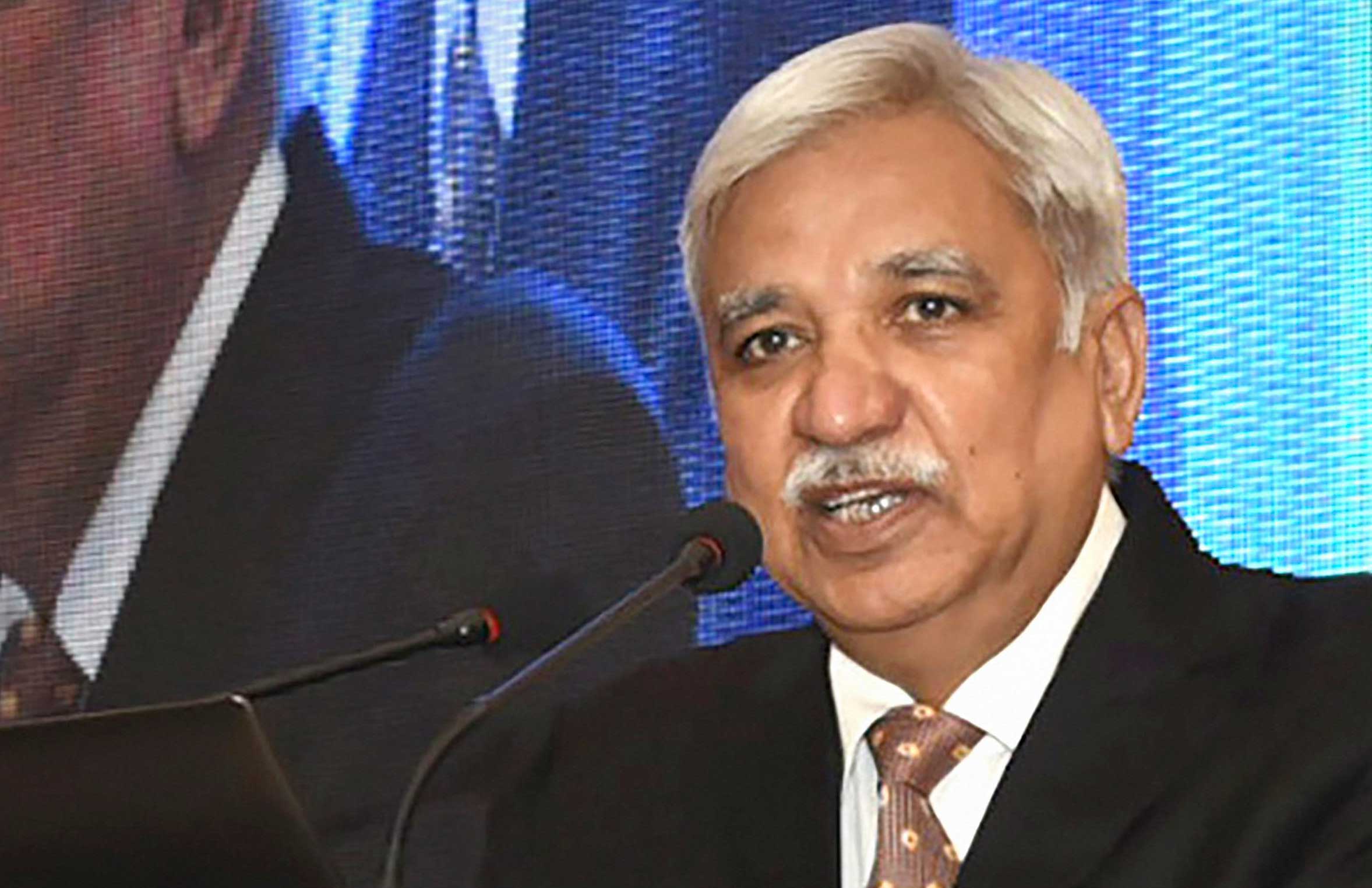 Chief election commissioner Sunil Arora on Thursday said the poll panel would not be “bullied” into returning to paper ballots, a demand from several Opposition parties that allege the electronic voting machines are being rigged.

“I would like to make it very, very clear once more --- in fact it is not I, it is the entire ECI (Election Commission of India), it is the ECIs of the past, and it will be the ECIs of the future --- that we are not going back to the era of ballot papers,” he told his counterparts from several countries at a conference on “making our elections inclusive and accessible”.

“We are not going back to that era where we have ballot papers being lifted, musclemen being employed, besides the delay in the counting and also too much harassment of the polling staff on the ground.”

The poll panel insists that it’s impossible to manipulate the voting machines. Arora implied that the rigging charges were driven by political bias: “My simple question is that if the result is X, the EVM is right, and (if) the result turns out to be Y, the EVM is faulted….”

He continued: “Why have we made a machine --- and that too manufactured under highly secured conditions by two PSUs who are doing a lot of work for the defence establishments --- why have we made it like a football, and are doing a motivated slugfest over it?”

Arora, however, said the poll panel was open to “any criticism, any feedback, from any stakeholders --- including the political parties, because they are the biggest stakeholders”.

“But at the same time,” he said, “we are not going to be intimidated or bullied or pressurised or coerced into giving up these and start the era of ballot boxes.”


We are not going to be intimidated or bullied or pressurised or coerced into giving up these (EVMs) and start the era of ballot boxes.
- Chief election commissioner Sunil Arora


Arora’s comments come three days after a man claiming to be a former designer of some of the voting machines claimed that the 2014 Lok Sabha polls were rigged and that a former minister, a journalist and a policeman were murdered to prevent exposure.

Denying the charge, the poll panel has lodged an FIR for “public mischief” against Syed Shuja, who claims he worked for the Electronics Corporations of India Limited, one of the two PSUs that make the voting machines, and is now seeking asylum in the US.

However, in its complaint, the poll panel incorrectly said that “nobody turned up” at its 2017 challenge to political parties to demonstrate, without touching the machines, how they can be manipulated. The Nationalist Congress Party and the CPM had shown up and expressed dissatisfaction at the restrictions imposed on examining the machines.

Shuja’s allegations had come at a news conference in London, where he had participated through a videoconference. He claimed that the BJP, Bahujan Samaj Party and the Samajwadi Party had, among others, contacted his team to hack into the voting machines.

The BSP and the Samajwadis have demanded a probe and the BJP called the news conference a Congress conspiracy. The Congress has distanced itself from Shuja’s allegations, with former minister Kapil Sibal, who attended the London event, too demanding a probe.

Arora told his audience that the poll commission was “going to stay with” the voting machines and the voter-verified paper audit trail devices that show the voter a paper slip displaying how her vote has been registered.

“Let’s take these (recent Assembly) elections in these five states: in all, six incidents were quoted where there were some kind of issues out of the 176,000 polling booths,” he said.

“I’m repeating six anecdotal or real incidents out of 176,000 polling booths. I’m not defending those incidents. There were some lapses on those EVMs, (which) were not even used for the elections…. Visible actions were taken very swiftly…. However, we are not happy even with those six incidents.”