Advertisement
Home / India / Have guns, will travel to space

Have guns, will travel to space 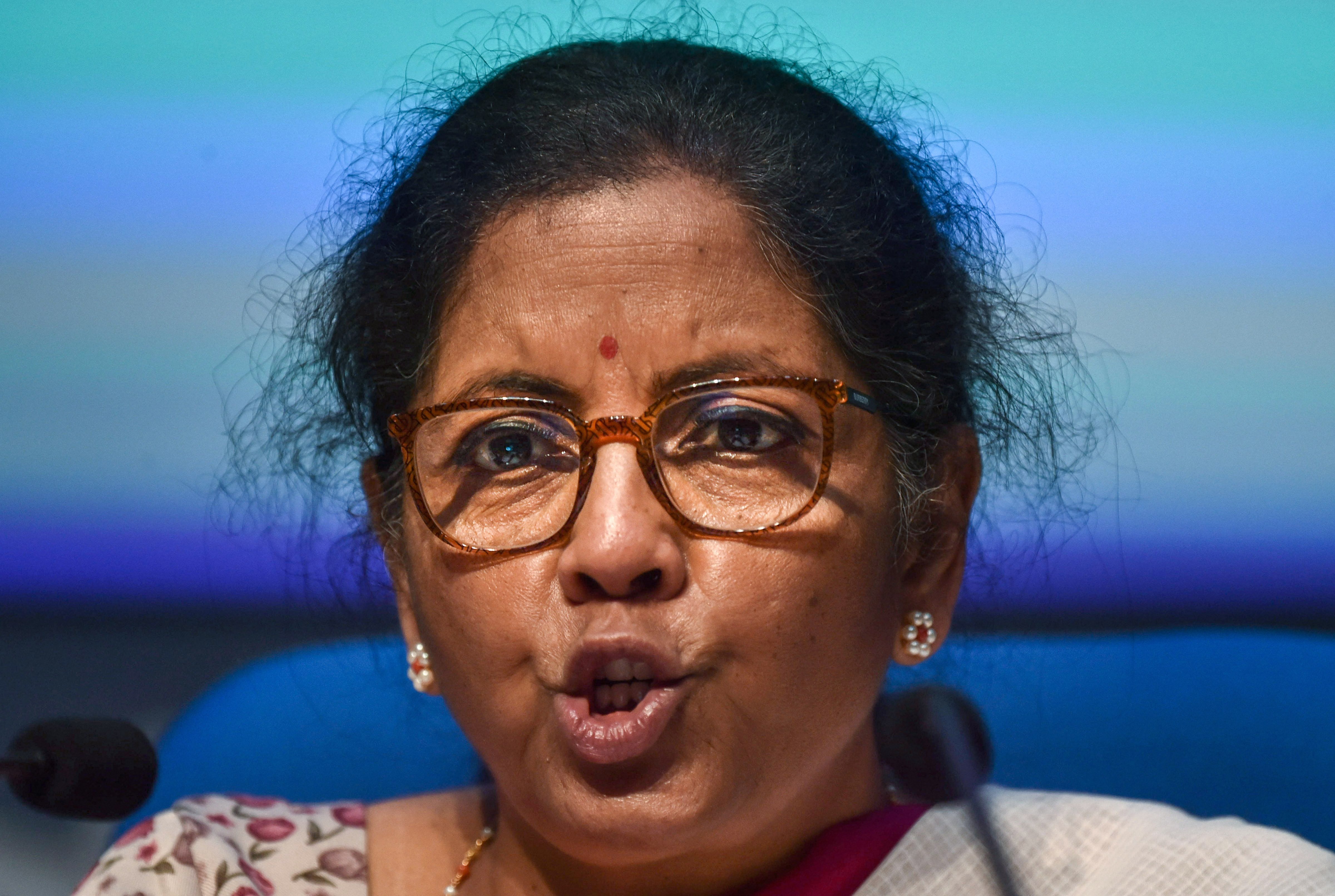 The irony could not have been starker.

As millions of Indians sat glum-faced before their television screens, unsure of when the lockdown would end, and migrant workers streamed silently across the country, the Narendra Modi government announced a roar of industrial reforms that might have made sense if the economy were booming and not ravaged by the coronavirus crisis.

But it seemed ill-timed and showed that the Modi government was sorely out of touch with reality and oblivious to the way the raging pandemic was tormenting people’s lives.

The big-ticket reforms — the fourth tranche of a blizzard of announcements this week — come at a time when a cash-starved India Inc is deeply concerned about its own survival and is in no position to consider investments while its workers are sick with worry over their lives and the security of their jobs.

The sorely needed balm may come on Sunday when finance minister Nirmala Sitharaman is expected to unveil the final instalment of the stimulus measures.

Ignoring that plea, Sitharaman announced a slew of reforms that included an increase in the limit on foreign direct investment in defence manufacturing to 74 per cent under the automatic route, commercial mining of coal and mineral blocks, privatisation of more airports, private sector participation in moonshot ventures like outer space travel and a slice of social infrastructure projects that will be supported by a Rs 8,100-crore viability gap funding scheme.

The move to allow commercial mining in coal and mineral projects comes about six years after the Supreme Court had cancelled the allocation of 214 coalmining blocks, done through administrative fiat, with some of them dating back to 1993.

The government said it would put 50 coal blocks up for auction immediately and another 500 mineral blocks at a later stage, kick-starting its plan to attain its professed goal of an Atmanirbhar Bharat.

The finance minister announced a Rs 50,000-crore investment plan to develop infrastructure in the coalmining sector but provided no clarity on how this would be funded. She said the Centre would also auction 500 mineral blocks through a seamless, composite exploration-cum-production regime. The Chinese wall between captive and non-captive mines will also be torn down to boost efficiency.

Ramauj Kumar, partner at Cyril Amarchand Mangaldas, said: “The move to do away with the eligibility criteria and introduce a revenue share mechanism for commercial mining is expected to attract more players. It will also minimise India’s dependence on imported thermal coal. However, it will be tough to find investors for partially explored blocks.”

The government said it would open up its air corridors to reduce flight times and fuel consumption. This is expected to result in an annual saving of Rs 1,000 crore for the civil aviation sector.

The Centre will also offer 12 airports to private bidders in two rounds of bidding, and turn India into a global hub to repair and overhaul planes, freeing airlines from the costly burden of carrying out comprehensive maintenance checks in places like Singapore.

Revenue secretary Ajay Bhushan Pandey clarified that the GST rates for MRO operations had been reduced from 18 to 5 per cent in March.

Sitharaman said the government would soon come out with a list of weapons and defence platforms that would be made in India – and the effort would be buttressed by an import ban with precise timelines for their imposition.

She added that the ordnance board – which oversees 41 factories that make tanks, guns, artillery, bullet-proof vehicles and other defence hardware – would be corporatised to improve efficiency. Four of the ordnance factories are in Bengal.

“Corporatisation is not privatisation,” she said. “We want them to be better managed and hope they will be listed (on the stock markets) eventually.”

The plan was to reduce a “huge defence import bill” and make the country self-reliant in defence production, Sitharaman said.

“This will be a huge fillip to the domestic defence manufacturing industry which has seen FDI inflows of Rs 1,834 crore till December 2019. Major defence manufacturers like Lockheed, Boeing, MBDA, Raytheon, and Dassault, which operate or expect to operate joint ventures in India along with Indian partners, may also revisit the drawing board to re-evaluate and potentially expand their India plans,” said Atul Pandey, Partner at Khaitan & Co, who advises companies in the defence sector.

“All these steps are positive for investment that will hopefully accrue over time,” said Madan Sabnavis, chief economist at Care Ratings. “It probably won’t happen this year as banks will in all probability be reluctant to lend to those who have asked them for a moratorium on existing debt. But it would be interesting to see if Version 5.0 (the announcements due tomorrow) will have something to deal with the pandemic.”

Sabnavis added: “The question is who will invest now when the future of airlines is uncertain.”

D.K. Srivastava, chief policy advisor at EY India, said: “The fourth instalment of the finance minister’s announcements contains a stimulus of Rs 63,100 crore. Of this, the direct budgetary cost is only Rs 8,100 crore relating to the enhanced viability gap funding to support social infrastructure.

“In this tranche, the focus was more on industrial reforms rather than the stimulus. The government seems to be relying on this crisis to fast-track industrial reforms which might otherwise face resistance. The enhanced role of the private sector in the coal, minerals, defence, energy, aviation and space sectors is an element of medium-term, efficiency-improving reforms. The proposal to restrict imports of specified defence items, aimed at promoting self-reliance, was long overdue. Once again, it is the supply side which has received emphasis. The demand side initiatives are still awaited.”

Devraj Singh, associate partner, tax and regulatory services at EY India, said: “The defence sector has a huge potential to attract FDI. With the current FDI limit of 49 per cent, the overseas investors were not comfortable about sharing their technology without a majority stake in the Indian joint venture. This was one of the reasons why the sector could not attract many foreign investors. The proposed increase in the FDI limit from 49 per cent to 74 per cent is a welcome step that will give impetus to the Government of India’s initiative of Make-in-India.”