Hiba Nisar, who is only 18 months old, was hit in Shopian when clashes broke out between protesters and security forces 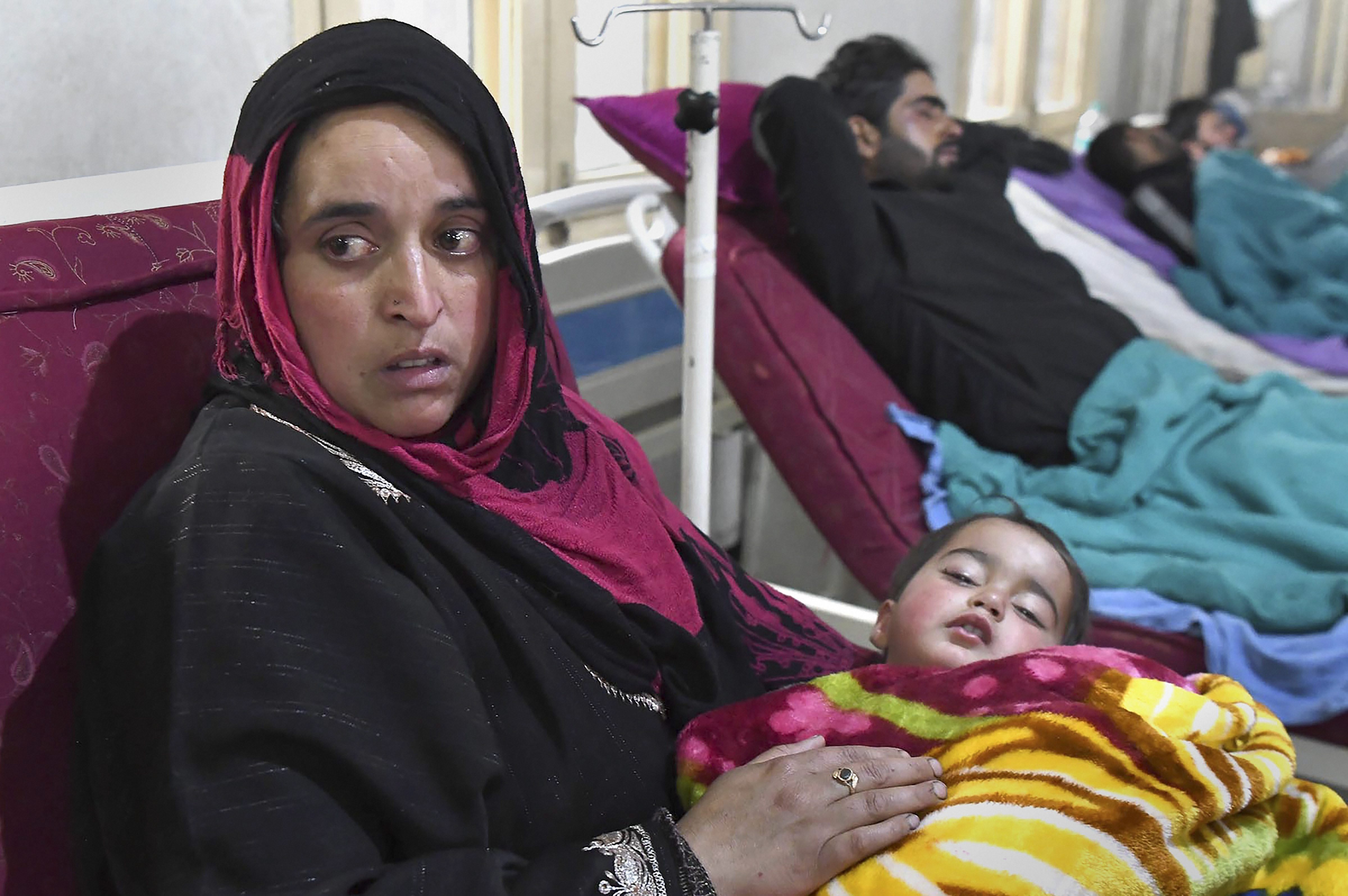 Eighteen-month-old Hiba Nisar, the youngest pellet victim in Kashmir, has been discharged from hospital after surgery on her right eye but doctors are not sure if her eyesight will be restored completely.

Hiba was playing inside her house in Shopian when clashes broke out between protesters and security forces in the wake of an encounter where six militants were killed on Sunday, the infant's mother Marsala Jan said.

'The encounter site is quite far from our house but clashes broke out in our neighbourhood. First, there was tear smoke all around us which caused coughing in Hiba and then there was a sudden bang. My daughter was hit in the eye by a pellet fired towards our home,' Jan said.

Doctors at the SMHS Hospital in Srinagar said Hiba underwent surgery as she had suffered corneal perforation, an anomaly in the cornea resulting from damage to the corneal surface, due to the pellets.

'Like most cases, the kid will be able to see but there is no guarantee that her eyesight will be restored completely,' the doctor, who treated Hiba, told PTI.

The doctor said the treatment is a long drawn process and Hiba's parents will have to take lot of precautions to ensure that she does not get any complications.

'She will have to be brought here for follow-up treatment regularly. Her first appointment is next week,' the ophthalmologist said. 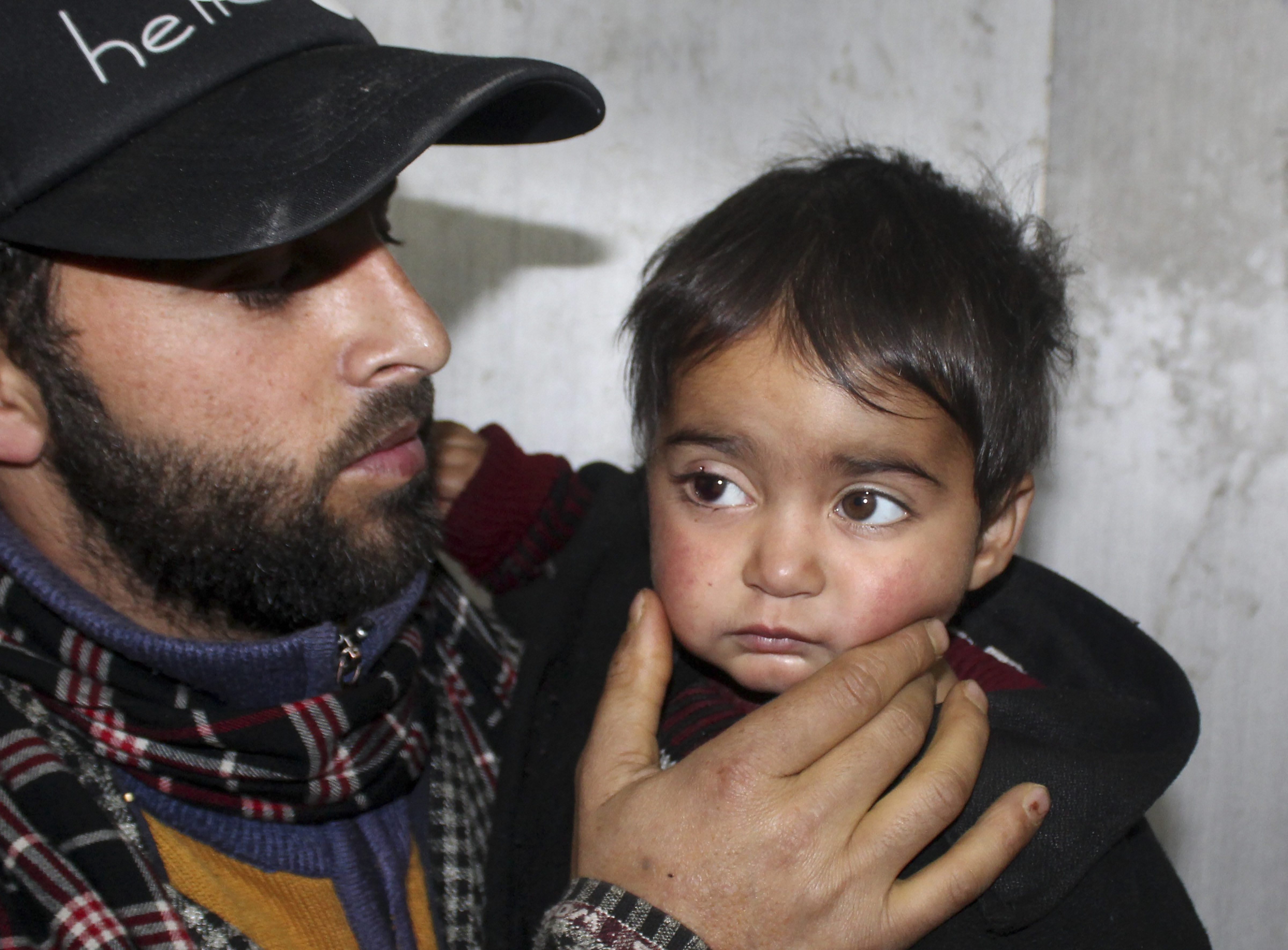 In their plea before the rights body, activists Syed Mujtaba Hussian and Mirza Jahanzeb Beg have sought Rs 10 lakh compensation to the victim.

They also sought an independent investigation into the incident and action against the personnel involved in the firing of pellets.

Thousands of Kashmiris have been injured due to use of pellet guns as a crowd control non-lethal weapon by security forces during law and order situations.

While few deaths have been reported due to use of pellets, a large number of injured persons have lost eyesight in one or both eyes, leading to demands from various quarters for discontinuing the use of this weapon during law and order problems.