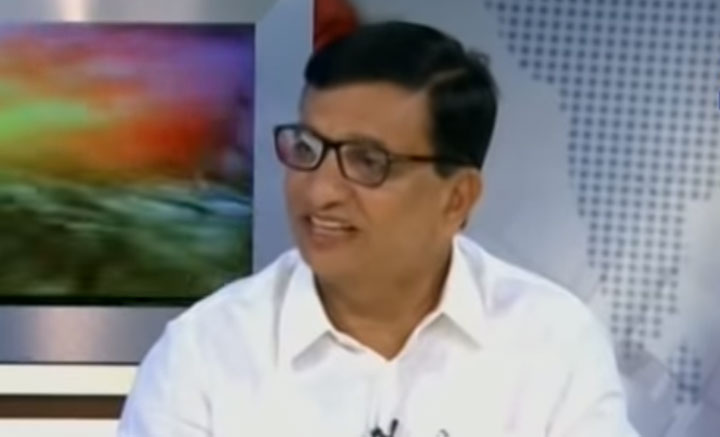 State party chief Balasaheb Thorat (in picture) has not been able to put forth the Congress' interest during deliberations on power-sharing, a senior party leader said.
The Telegraph
PTI   |   Mumbai   |   Published 05.01.20, 11:11 AM

Discontent is brewing in the Maharashtra Congress over allocation of portfolios, with a section of leaders blaming state unit chief Balasaheb Thorat for the party getting a 'raw deal' as compared to the Shiv Sena and NCP in the Uddhav Thackeray-led alliance government.

The section of party leaders are also irked with NCP supremo Sharad Pawar, who emerged as the key player in the alliance, with a Congress leader claiming that they need someone in the state unit who could stand up to the Maratha strongman.

Some Congress leaders say they demanded at least two ministries from the list comprising agriculture, rural development, industries, housing, transport and cooperation, but the allies Shiv Sena and NCP refused to pay heed.

Instead, ministries like culture, salt pan and port development, which were earlier with the Shiv Sena, have been handed over to the Congress.

'The Congress has got a raw deal in power-sharing among the three alliance partners. Thorat has not been able to put forth the Congress' interest during deliberations on power-sharing,' a senior party leader told PTI on condition of anonymity.

According to sources, Congress leader Nitin Raut, who has been made the energy minister, is unhappy over the Public Works Department being given to his senior colleague and former chief minister Ashok Chavan and Thorat being allocated the revenue department.

Citing how intense was the bitterness in the Congress rank and file, a leader said vandalising party office and burning effigy of a party general secretary never happened earlier, and added that 'such acts of indiscipline need to be taken seriously'.

Some alleged supporters of Congress MLA Sangram Thopte ransacked the party office in Pune on December 31 to protest against his exclusion from the state ministry.

Besides, some party workers in Solapur, who were unhappy over MLA Praniti Shinde not getting a ministerial berth, burnt an effigy of AICC general secretary in-charge of Maharashtra Mallikarjun Kharge.

When contacted, former Maharashtra Congress president Manikrao Thakre admitted that such outpouring of anger was earlier unheard of in the party.

He, however, said, 'Both MLAs (Thopte and Shinde) have nothing to do with these incidents. They have said they are with the Congress and abide by the leadership's decisions.'

Meanwhile, a senior party functionary has written to AICC general secretary (organisation) K.C. Venugopal, complaining about there being no discipline in the party.

'Several Congress leaders and workers are unhappy because most of the party decisions are being taken after discussion with NCP supremo Sharad Pawar. This is very dangerous,' the functionary wrote.

He also gave an example of the recent Ahmednagar zilla parisahd polls where the Congress has 23 members and NCP 18.

Out of the 23 Congress members, 10, including Congressman-turned-BJP MLA Radhakrishna Vikhe Patil's wife, had promised to obey the party whip.

Despite this, Thorat let the Congress settle for the vice-president's post, giving the post of zilla parishad president to the NCP, the Congress functionary said.

Another Congress leader said as part of the three-party alliance government, the Shiv Sena and NCP would boost their cadre strength and improve organisationally, but the Sonia Gandhi-led party should also not be left behind.

'The Maharashtra Congress needs a president who can stand up to Sharad Pawar to ensure we don't fade into oblivion in the state,' he said.

A leader close to Thorat, however, said the Congress state chief managed to get the best for the party, keeping in mind the fact that it has just 44 MLAs in the 288-member Assembly.

As per the allocation of portfolios, Maharashtra deputy chief minister and senior NCP leader Ajit Pawar has got the finance and planning department while party colleague Anil Deshmukh is the state's new home minister.

Besides, first-time Shiv Sena MLA Aaditya Thackeray, who is the son of chief minister Uddhav Thackeray, has been given the environment, tourism and protocol departments.

The Sharad Pawar-led NCP has got most of the 'plum' ministries in the allocation of portfolios.