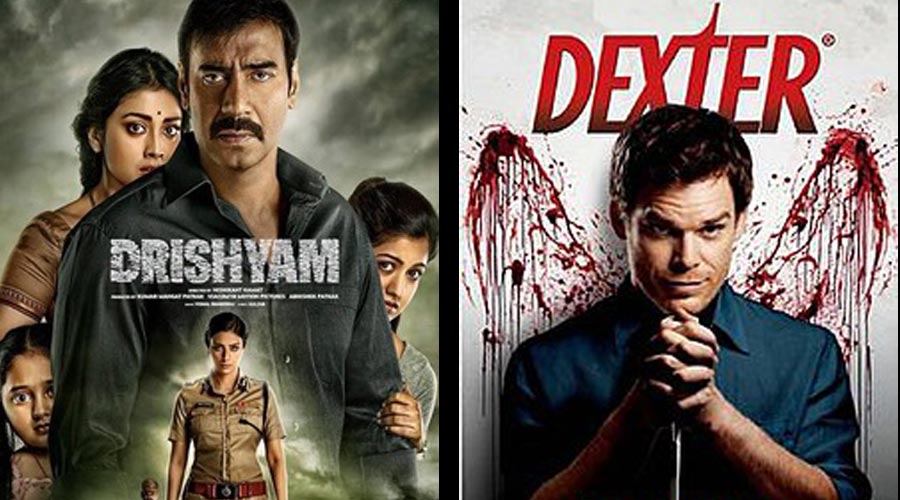 The moving picture has long had a profound influence on society, sometimes salutary, occasionally sinister. Last week, this grip tightened with murders most foul – including that of a woman allegedly killed by her partner and her body sawed into many pieces.

From “Dexter” to “Drishyam”, two crimes played out, one recalling the American TV show and the other a hit Hindi thriller. In Ghaziabad, police unravelled a four-year-old crime with a young woman’s testimony of how her mother killed her father. The body was buried in a cement pit under a house, much like what happened in “Drishyam”.

Research shows that people who are predisposed to violence use films as they tend to have a cathartic effect on them, said Dr Beulah Shekhar, professor of criminology at Lok Nayak Jayaprakash Narayan National Institute of Criminology & Forensic Science.

As details of his crime shocked the country, Delhi Police officials quoted a seemingly remorseless Poonawala saying he killed Walkar after a quarrel over marriage and the idea of chopping her body into pieces was inspired by "Dexter", centred around a serial killer. He evaded arrest for six months and was arrested last Saturday.

People getting inspired from films to commit a crime and getting away with it is not new, but the gory and still developing story of the murder and meticulous planning by the accused have sent chills down the spine of many.

While the Walkar killing is the most recent, and its aftermath the most horrifying, there have been several instances of the reel inspiring the real.

Film historian S M M Ausaja recalled "Parwana", a 1971 psychological thriller film starring Amitabh Bachchan as an infatuated lover-turned-murderer that came under fire for its 'negative' impact on the psyche of the cinemagoer.

In the film, Bachchan's character kills Om Prakash in a running train and this was recreated in real life by a man, he said.

"At the time, that murder was replicated in a similar way after seeing the film. There was a controversy and a lot of people had asked for a ban on the film," he told PTI.

In December 2010, a husband in Dehradun killed his wife and cut her body in more than 70 pieces. Police said he was inspired by the Oscar winning film “The Silence of the Lambs” that shows Anthony Hopkins as a cannibalistic serial killer.

In shows and films, said criminologist Shekhar, that part of killing and mutilating is somewhere "normalised or made cool".

And then there are numerous heist films. An ICICI bank official, for instance, last month looted Rs 34 crore from a bank in Pune, reportedly motivated by the globally hit Spanish series "Money Heist".

According to Ausaja, it is incorrect to blame cinema for the heinous crimes that happen in society.

“You have to draw positive influence out of cinema, literature, and art. Only a sick and abnormal mind will draw such parallels and do things in real life. It is not right to blame films. Whether international or Indian stories, a person is bound to look for an escapist way to commit a crime and if he is getting an example of it, he will try to replicate it,” he added.

“Drishyam”, first made in Malayalam in 2013, seems to have influenced more than one crime.

In 2013, a man in Kerala killed his brother following a fight and later buried the body in the backyard of his home with the help of his mother and wife. “Drishyam” was a hit, spawning remakes in Telugu, Tamil and Hindi.  The "Drishyam" universe continues to expand with a Hindi sequel, also starring Devgn, releasing on Friday.

Abhishek Pathak, who helmed the second part of the Hindi version of “Drishyam”, said it is unfortunate people get inspired by crime films to do "appalling" things and there are many good things too.

“Crime films are there to give you edge-of-the-seat experience and not get inspired by any of the things that we do. It is for you to come and experience and enjoy. There are other movies that we make to get inspired and that should also be taken as an example,” the director told PTI.

Blaming the entertainment industry flat out for such "inspired" crimes is not the way forward.

"Criminals get what they look for, they draw what they look for. We cannot make a blanket statement," Pathak said Sociologist Sanjay Srivastava believes art and life usually exist in a loop rather than a simple cause and effect relationship, but the entertainment industry can't be held responsible for such heinous crimes.

"We should be thinking of the broader context: why do men behave the way they do (and how do ideas of the all-powerful man circulate)? How are gender relations constructed these days? If more young women chose live-in relationships outside marriage, are they also constrained to keep them secret and hence not be able to talk to family and friends in case of problems? These are the kinds of things we should be focussing on," Srivastava said, referring the Walkar killing.

In director Neeraj Pandey’s view, the media is responsible for blowing things out of proportion, using names of films or shows to purposely draw parallels with real-life incidents.

The filmmaker said he would often receive forwarded messages about news reports of a "Special 26" kind of robbery, a reference to his 2013 film about tricksters who pull of a heist by posing as CBI officers.

"There is also a CBI officer in the film. Why don't people learn from him as to how to detect something? You cannot be selective in assuming things. There is an antagonist and there is a protagonist. It is up to the people who to choose...  it is for the consumers to figure out the right and the wrong," Pandey told PTI.

In Beulah Shekhar’s view, media literacy is the need of the hour, said Shekhar. "It's the duty of the parents and the adults to talk about the media because films might show how to get away with murder. It's important that we help the children to not be passive consumers of media and films but analyse them," Shekhar said.