Delhi's air quality continues to be in 'severe' zone 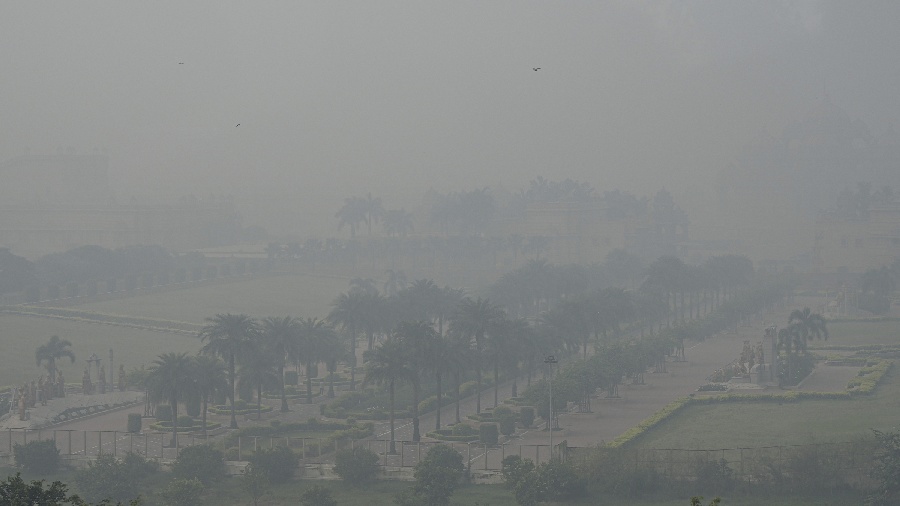 Delhi's air quality continued to be in the 'severe' category on Thursday, according to Central Pollution Control Board data

While the forecasters on Wednesday predicted the air quality was likely to improve on the back of stronger winds, the overall Air Quality Index (AQI) of Delhi stood at 426 at 9.10 am.

An AQI of above 400 is considered severe and can affect healthy people and seriously impact those with existing illnesses.

Vehicles ply on a road near Akshardham Temple amid low visibility due to a thick layer of smog, in New Delhi, Thursday, November 3, 2022.
PTI image

Anand Vihar and Jahangirpuri were the most polluted places in the capital with AQI at 460.

SAFAR, a forecasting agency under the Ministry of Earth Sciences, had earlier said stubble burning accounted for 32 per cent of the PM2.5 pollution in the capital on Wednesday.

Transport-level winds blow in the lowest two layers of the atmosphere -- the troposphere and stratosphere -- and carry smoke from farm fires to the national capital region.

PM2.5 are lung-damaging fine particles that are 2.5 micrometers or less in diameter and can travel deep into the respiratory tract, reaching the lungs and entering the bloodstream.