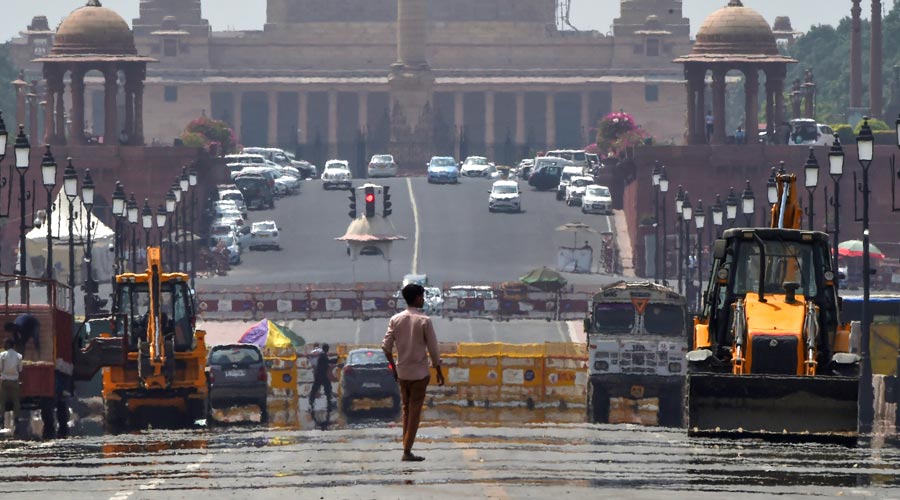 The minimum temperature rose slightly in the city to settle at 27.6 degrees Celsius on Tuesday morning, even as the weather office forecast strong surface winds later in the day.

The maximum temperature is expected to rise to 44 degrees Celsius, with no respite from the sweltering heat in the city.

Delhi on Monday had recorded a minimum temperature of 26.3 degrees Celsius, a notch below the season's average, the MeT office had said and issued a yellow alert, warning of heatwave conditions in some pockets of the city.

The relative humidity at 8:30 AM on Tuesday stood at 28 per cent, according to data shared by the MeT Office.

The city on Monday had recorded a high of 43.5 degrees Celsius, three notches above the season's average.

The MeT Office has forecast strong surface winds later in the day.

The heatwave had tightened its grip on parts of Delhi on Sunday, with the maximum breaching the 45-degree Celsius mark in six localities.

The minimum and maximum temperature readings on Wednesday are likely to settle at 28 degrees Celsius and 43 degrees Celsius respectively with a mainly clear sky forecast, according to IMD data.

The air quality index (AQI) of Delhi was recorded in the poor (219) category around 9:30 AM, data from the CPCB showed.