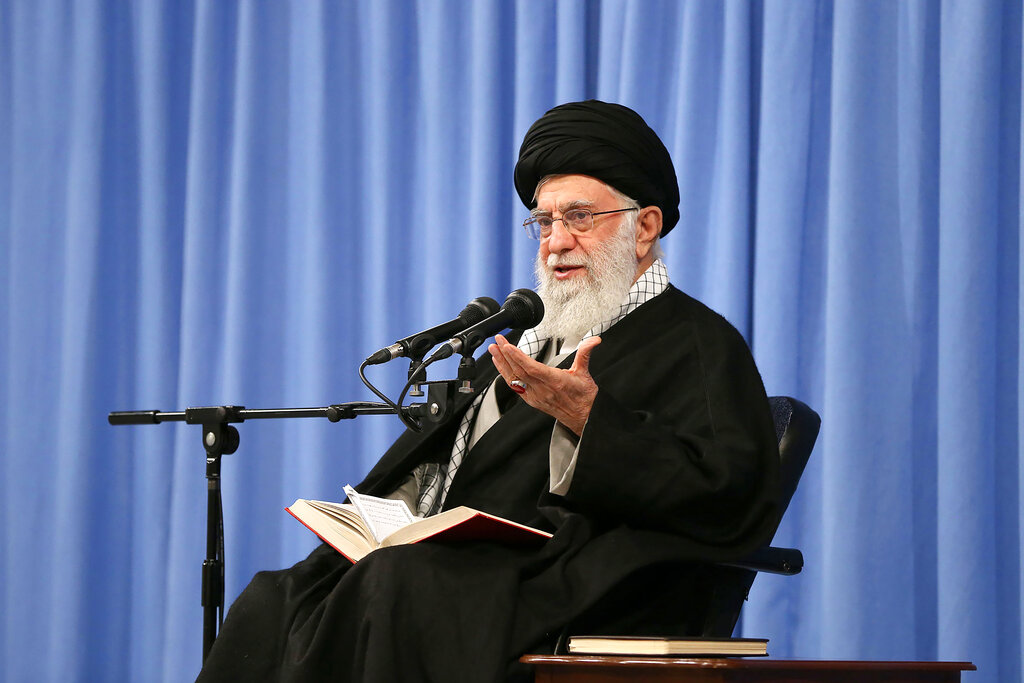 Iran’s spiritual leader Ayatollah Ali Khamenei on Thursday joined the growing chorus of concern across the world at the Delhi riots and the immediate trigger for last week’s violence — the Citizenship (Amendment) Act.

He tweeted both in English and Persian; the latter with the now widely circulated photograph of a boy crying beside the body of a loved one killed in the riots.

The Ayatollah spoke out two days after India had summoned the Iranian ambassador to register strong protest over foreign minister Javad Zarif’s scathing tweet on the Delhi riots.

India did not immediately respond to the Ayatollah’s tweet but Delhi’s stock reply to criticism from world capitals is that “at this sensitive time, we would urge people not to make any irresponsible comments and not to be influenced by selective and unsubstantiated narrative on the matter”.

India’s human rights record has been under the scanner continuously for seven months now in what is being seen as unprecedented alarm about the country’s slide towards majoritarianism.

On Wednesday, the United States Commission on International Religious Freedom (USCIRF) held a hearing on “citizenship laws and religious freedom” that saw India being clubbed with Myanmar.

In his opening remarks, USCIRF Chair Tony Perkins said: “The right to a nationality is a fundamental human right and serves as a bedrock for accompanying political and civil rights. It is the right to have rights…. The denial of citizenship can be a key predictor for mass atrocities. Therefore, it merits international attention.”

USCIRF Commissioner Arunima Bhargava, while dwelling on the CAA, highlighted the contradictions in the Modi government’s claims. “The Indian government has argued that the law’s purpose is to protect religious communities that face persecution in India’s neighbouring countries — though the law excludes Muslim communities facing persecution such as Ahmadis in Pakistan and Shias in Afghanistan.”

“Nor does it account for the Hindus facing persecution in neighbouring countries like the 445 Hindus who for the last few years have been confined to the Rohingya camps.’’

While Assam-based lawyer Aman Wadud provided details on the NRC process in his state, the director of the Centre for Contemporary Asia at Brown University, Ashutosh Varshney, said the CAA had created an enabling atmosphere for violence by suggesting that a community is not fully Indian and creating doubts about its loyalty.

Bhargava said: “This act of marginalisation creates an enabling atmosphere for those who think they can act on behalf of the nation.”

Since the USCIRF is mandated to make policy recommendations to the US Congress and the state department, Varshney suggested it would be better for Washington to talk diplomatically on such matters than resort to outright denunciation as that could invite questions on America’s stance on similar situations in other countries, including the condition of Uighurs in China.

India came under fire from across the political spectrum in the House of Commons in the UK on Wednesday with Labour, Scottish National Party, Liberal Democrat and ruling Conservative party legislators criticising the Modi government for the Delhi riots and the CAA, and urging the British government to take stronger action.