The pleas, which came up for hearing before judge Vinod Yadav, sought to produce both the accused in cuffs in both hands from back side 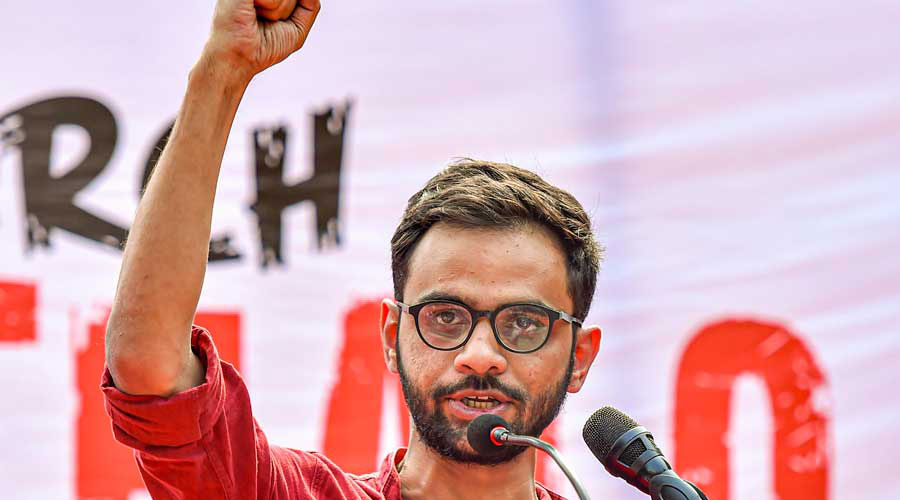 A court here on Thursday dismissed applications seeking to produce former JNU student leader Umar Khalid and activist Khalid Saifi, arrested in connection with last year’s Delhi riots, before it in “handcuffs” and sought an explanation from the DCP concerned for moving such a plea.

The court noted that the applications had been filed by the in-charge, lock-up, Karkardooma District Courts, reportedly after “a decision was taken in the matter by so-called senior police officers of Delhi police to move such applications before the court”.

The pleas, which came up for hearing before judge Vinod Yadav, sought to produce both the accused in “handcuffs in both hands from back side”, contending that they were “high-risk prisoners”.

During the hearing, special public prosecutor Manoj Chaudhary was asked about the meaning of “high-risk prisoner” and where such a classification had been defined —in the jail manual or the Punjab Police Rules or the circulars issued by Delhi police.

Chaudhary submitted that he was not aware of the applications and could not take instructions in the matter.

The court noted that both the accused have already been granted bail in the case pending before it.

He said that “for want of material/reason(s) in respect of the applications in question, this court is at a loss to consider the grant of prayer(s) in these applications”.

“In this view of the matter, let report(s) be called from DCP (special cell)… to communicate the reasons for moving such application(s) before this court.

“The report be also called from superintendent (of the) jail concerned on these applications. Now, renotify the matter for further consideration on May 6,” the judge said.

While Saifi was granted bail in the case in November last year, Umar was given the relief earlier this month.