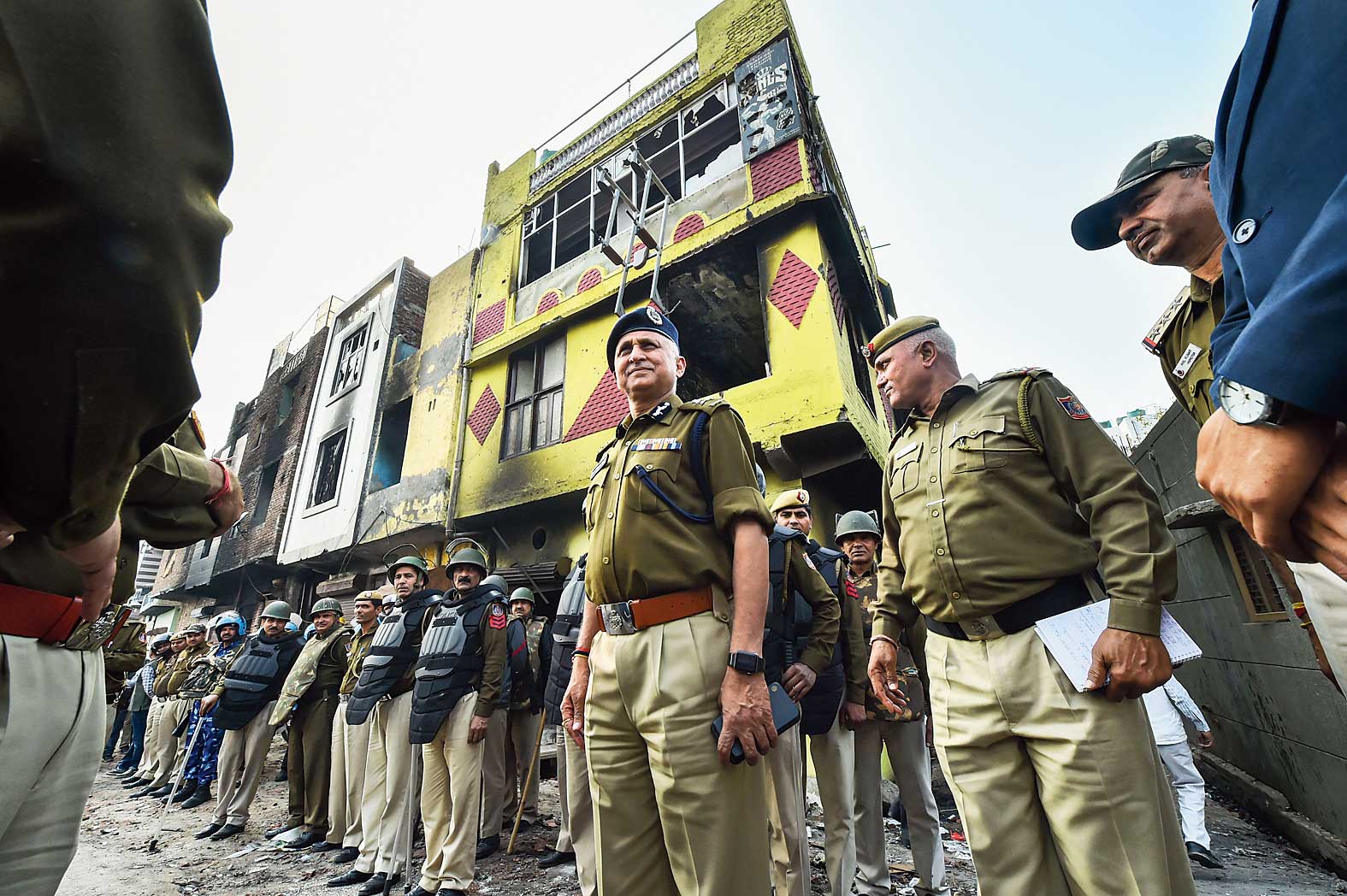 Delhi police stopped an ambulance ferrying a man with a bullet injury to hospital four times and asked the accompanying doctor each time to remove the dressing and gaped at the wound, the doctor said on Monday.

Harjit Bhatti, a medic among the volunteers assisting the riot victims in northeast Delhi last week, said the incident occurred on February 26 while he was transporting the 30-year-old injured man from the Al Hind nursing home to the Guru Tegh Bahadur Hospital, 8km away.

“We were in a hurry. It was already over 20 hours since the bullet had hit the victim,” Bhatti, a postgraduate from the AIIMS, New Delhi, said.

“But the police stopped us four times. Each time they made me open the dressing and looked at the wound. They ignored my pleas for urgent transport.”

Bhatti described the incident on Monday at a news conference called by civil society and physicians’ groups to underscore what they described as multiple instances of the police and government hospitals obstructing or delaying treatment to riot victims.

The Jan Swasthya Abhiyan, a nationwide network of doctors and health experts, said its volunteers had documented instances where patients who sought care at two government hospitals — GTB and the Lok Nayak Jai Prakash Narayan Hospital — were not treated appropriately.

Although some doctors at both these hospitals did their best to help the victims, the Abhiyan said, there were numerous instances of negligent or delayed care.

The medical superintendents of GTB and LNJP were not immediately available for comment on the phone. This newspaper has sent email queries to them seeking responses to the Abhiyan’s allegations of delayed or inadequate care.

The Abhiyan said a 45-year-old man beaten by the police had been taken to GTB where he was “treated hurriedly” and asked to leave though he had trouble standing up and walking. Two days later, when he turned up in intense discomfort at LNJP, he was asked to go back to GTB.

Under pressure from his family and volunteers, the chief medical officer on duty at LNJP just checked his pulse, told him he was fine and that he was probably feeling unwell because he had not taken his medications, and asked him to go home.

In desperation, the volunteers took the patient to a charitable hospital where the doctors discovered he had fractures in a forearm and a leg that had not been diagnosed or treated at either GTB or LNJP, the Abhiyan said in a report describing its volunteers’ findings.

The volunteers said the riot victims often encountered communal remarks from healthcare professionals at the government hospitals. Patients and volunteers both reported that injured persons had been called “ugravadi” and “atankvadi” — extremists or terrorists — by doctors whom they had approached for treatment.

The report said a volunteer helping the victims had heard these words from a doctor: “What will you do if we treat you? You will go back on the streets and be violent.”

One victim recalled being asked by a doctor whether he even knew the full form of “CAA” — the Citizenship Amendment Act, the protests against which lay at the heart of the riots.

“We have documented at least 15 instances where patients did not receive appropriate or adequate treatment or faced harassment,” said Inayat Kakar, a public health researcher with the Abhiyan.

However, the Abhiyan said, some doctors at GTB and LNJP did intervene at various points to help the victims. At LNJP, two doctors questioned police personnel who were turning away a riot victim, asserting they had the right to provide care to the victim.

Bhatti is among doctors, including some from the AIIMS, who have volunteered to help the riot victims. Doctors at a charitable hospital have provided attentive care to patients who were turned away from other hospitals or received inadequate care there, the Abhiyan said.

The non-government Indian Medical Association and the Association of Doctors for Ethical Healthcare had in December condemned incidents in which police in Delhi and Mangalore had tried to obstruct doctors from tending to victims of police violence during the anti-CAA protests.

The police say 46 people were killed and over 200 injured during last week’s Delhi riots.