Light precipitation to continue over the next two to three days 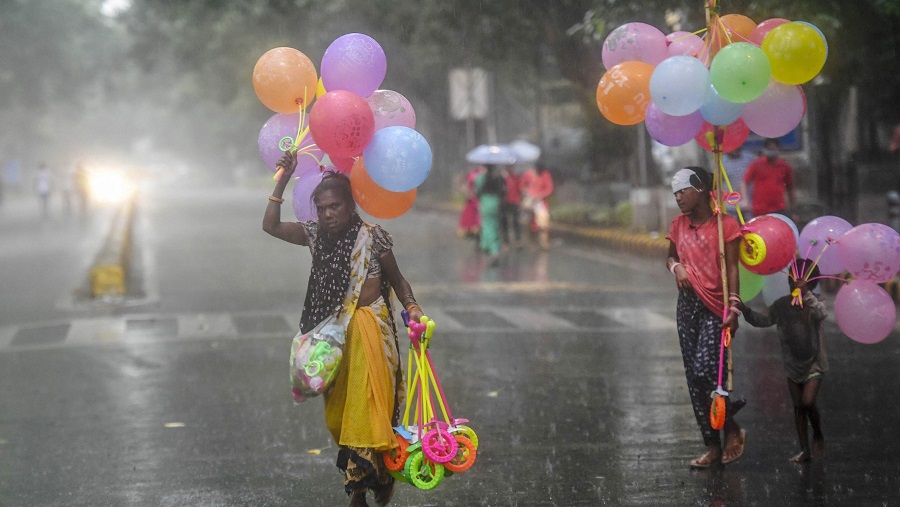 Delhi witnessed the heaviest spell of rains this monsoon season on Thursday, which inundated low-lying areas and threw traffic out of gear.

According to the India Meteorological Department (IMD), the Ayanagar weather station recorded 99.2 mm rainfall, the maximum in the city, till 8.30 am. The Palam and Ridge weather stations gauged 93.6 mm and 84.6 mm precipitation respectively.

Light rains will continue over the next two to three days, Kuldeep Srivastava, the head of the IMD's regional forecasting centre said.

The Safdarjung observatory, which provides representative figures for the city, recorded 68 mm rainfall, according to the IMD.

Vehicles moved bumper to bumper during the morning rush hours, as the downpour led to heavy waterlogging at key road stretches.

The Delhi Traffic Police reported an incident of a tree being uprooted near the high court, which led to traffic snarls. The Raja Garden and Mayapuri flyovers also witnessed heavy waterlogging.

The incessant rains damaged a drain near the Khaira village T-point on the Dhansa road, where metro construction work is going on, the traffic police said.

The affected 200-metre stretch of the road has been closed for traffic.

Over 40 locations in north Delhi got inundated due to the downpour, including areas in Mukherjee Nagar, Fateh Puri, Burari, Rohini, Narela and West Patel Nagar, according to the North Delhi Municipal Corporation (NDMC).

Pictures and videos of vehicles and people wading through waist-deep water were widely shared on social media platforms.

The downpour is expected to bring down the rain deficiency in the national capital.

Till Wednesday evening, the city had recorded 72 per cent less rainfall than normal in August so far, the lowest in 10 years, according to the IMD.

The shortage reduced to 14 per cent by Thursday morning.

Overall, Delhi has recorded 35 per cent less rains in the monsoon season so far.

Srivastava said the city witnessed "continuous rains overnight" and more rainfall is expected during the day.

Earlier, the IMD had predicted one or two spells of heavy rains between Tuesday and Thursday.