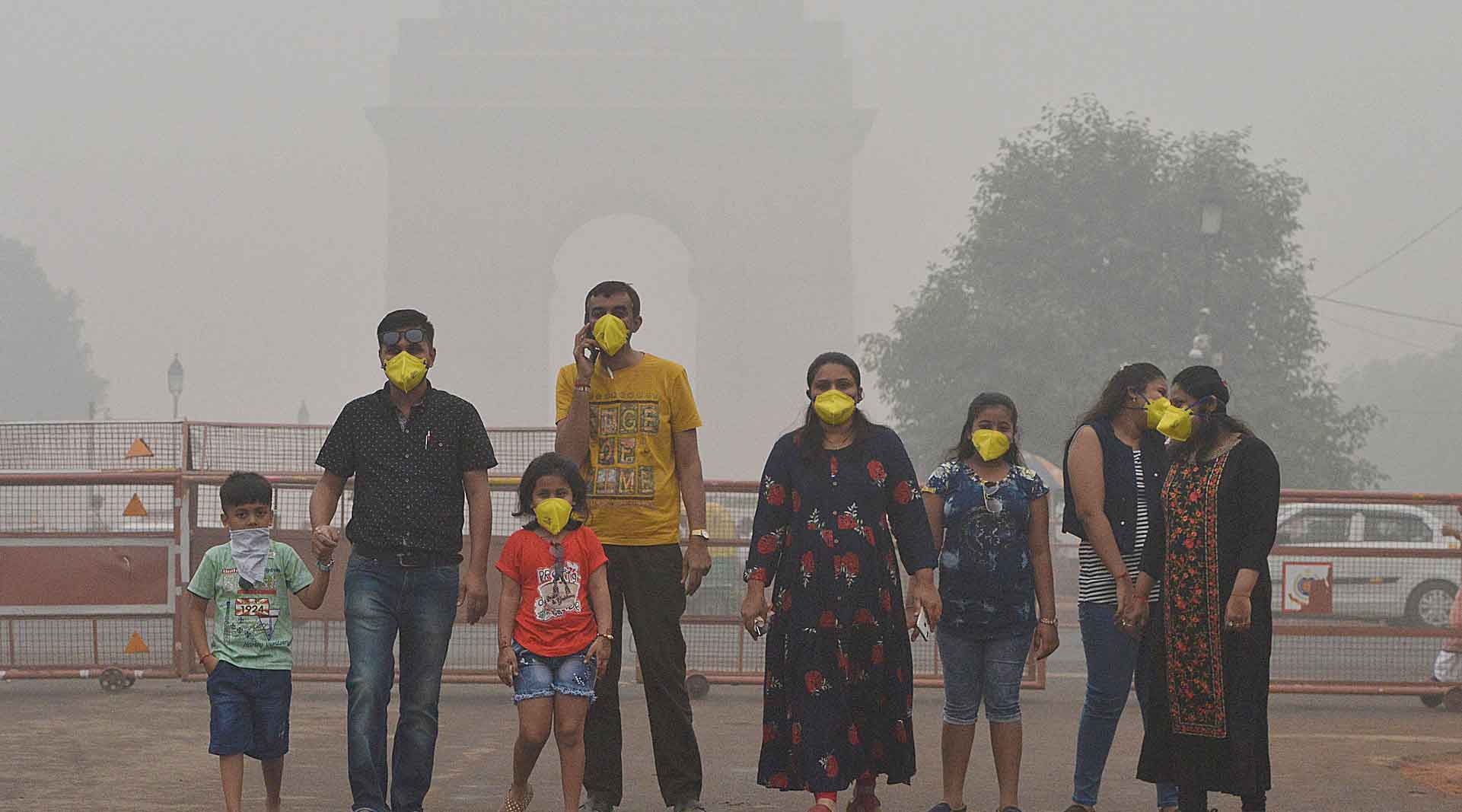 The annual plan to control pollution during winter came into force in the National Capital Region (NCR) on Saturday, this year’s plan taking into consideration air quality in addition to the prevalence of particulate matter.

The Graded Response Action Plan (GRAP) has been designed by the Centre’s Commission for Air Quality Management (CAQM) in the National Capital Region and Adjoining Areas, and has four stages. GRAP has been implemented in the NCR, which includes all of Delhi as well as districts in Haryana, Uttar Pradesh and Rajasthan, since 2017 in response to toxic smog that engulfs this region during winter.

In the first stage when the Air Quality Index (AQI) is 201-300, which is “poor”, curbs include prohibition of construction in unregistered sites of more than 500 square metres and burning of waste including leaves and other biomass. The plan envisions mechanised sweeping and sprinkling of water on roads to prevent dust haze and ensuring that diesel generators are not used for regular power supply.

The plan says: “Actions under Stages II, III and IV of the GRAP shall be invoked at least three days in advance of the AQI reaching… the projected levels of that stage, based on the dynamic model and weather/ meteorological forecast to be provided to the Commission by IMD/ IITM (Indian Meteorological Department/ Indian Institute of Tropical Meteorology, Pune) on a day-to-day basis.”

In Stage II (AQI 301-400, or “very poor”), coal and firewood can’t be burned even in tandoors of restaurants, and diesel generators can only be used for essential services and projects of national importance and if there is irregular power supply for specified industries. There will be hikes in parking fees and an increase in the number of electric or CNG buses. Residents’ welfare associations will have to provide electric heaters to security guards so they don’t burn biomass for heating.

In Stage IV (AQI above 450, or “severe +”), medium goods and heavy vehicles can’t ply in Delhi except for essential services. Diesel vehicles except those of BS-VI category also cannot ply. Only industries that run on permitted fuels can function. Dairies and medical equipment manufacturers are exempt from this clause. The construction ban is extended to road projects, power transmission and pipelines as well.

In this stage, state governments can additionally implement the odd-even scheme of vehicle rationing, and both state and Centre have the option of declaring full or partial work from home for public and private offices.

Delhi chief minister Arvind Kejriwal announced an additional 15-point winter action plan on Friday that includes promotion of bio-digester for crop residue instead of burning crops and stricter checking of pollution certificates of vehicles. He said: “We have appointed ‘Paryavaran Mitras’ and over 3500 volunteers have already registered for it. They will raise awareness among people of Delhi regarding environment protection.”

A 24-hour control room of the Delhi government to monitor the implementation of pollution control measures in the capital will start functioning on Monday.