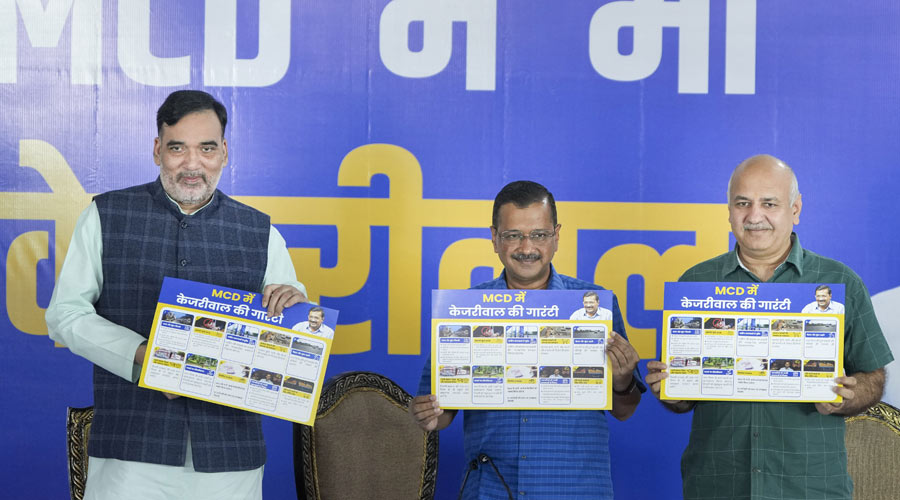 The LG-nominated members and 10 aldermen will take oath first on Tuesday as the Municipal Council resumes to elect mayors days after the proceedings of the house derailed and ended in a ruckus over not administrating oath to elected councillors first.

Speaking to PTI, Presiding Officer Satya Sharma expressed hope that the house this time will go without any untoward incident.

"As per the agenda, nominated members and alderman will take oath first. Then other members will take the oath. I don't think the AAP will create such an issue because it is their loss. I am hopeful we will be able to elect the Mayor tomorrow," she said.

The second municipal house after the recent high-stakes civic polls in the national capital is slated to take place on Tuesday during which the mayor and deputy mayor of Delhi will be elected.

The mayor and deputy mayor are to be elected in the very first house that convenes after a municipal poll, which could not happen on January 6 as the house was adjourned following a ruckus between the AAP and BJP members.

BJP councillor Satya Sharma, who was appointed as the presiding officer, said all preparations for the second house have been done.

"We are ready for Tuesday. I have informed the LG and his MCD secretary about the ruckus of the last time," Sharma said, adding that the councillors who were involved in the January 6 tussle should bear the expense of the damage.

The maiden meeting of the newly elected MCD council on January 6 was adjourned without mayor and the deputy mayor amid loud protests by AAP councillors over the presiding officer's decision to administer oath to the 10 aldermen first.

The civic polls were held on December 4 and the counting of votes took place on December 7.

The Aam Aadmi Party (AAP) had emerged as a clear winner in the polls, bagging 134 wards and ending the BJP's 15-year rule in the civic body.

The Bharatiya Janata Party (BJP) won 104 wards to finish second, while the Congress won nine seats in the 250-member municipal house which will convene on January 24 for the second time after the 2022 civic polls.

Shelly Oberoi and Ashu Thakur are AAP's contenders for the post of mayor, with Oberoi said to have a stronger claim to the post. BJP has nominated Rekha Gupta as its contender for the post.

The nominees for the post of deputy mayor are -- Aaley Mohammad Iqbal and Jalaj Kumar (AAP), and Kamal Bagri (BJP). Besides mayor and deputy mayor, six members of the MCD's standing committee are also slated to be elected during the January 24 municipal House.

The Municipal Corporation of Delhi (MCD) had come into being in April 1958 and its mayor wielded influential power and carried a huge prestige till 2012 when the corporation was spilt into three separate civic bodies, each having its own mayor.

Thus, after the mayoral poll, Delhi will get a mayor for the city as a whole after a gap of 10 years.

The MCD headquarters is housed in the towering Civic Centre in the central Delhi.

It had begun its journey in 1958 from the historic 1860s-era Town Hall in Old Delhi and was shifted to the swanky complex in April 2010.