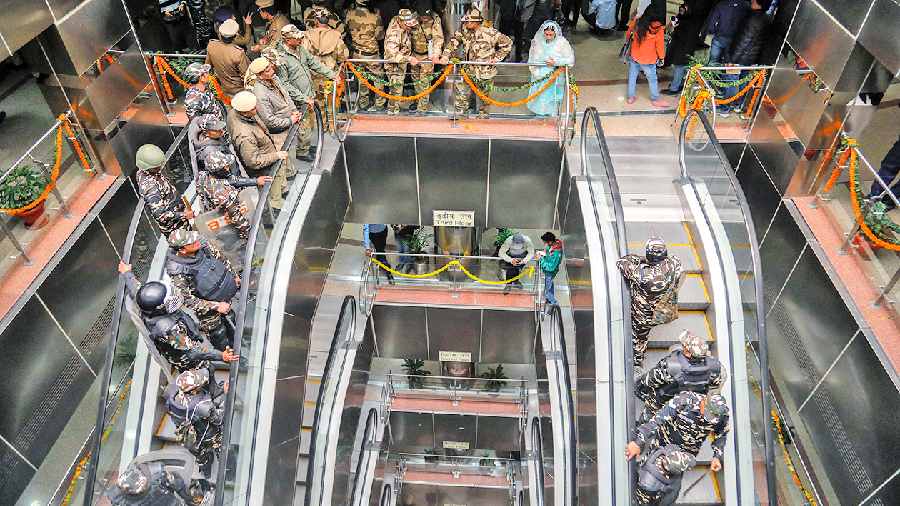 Almost two months after winning polls to the Municipal Corporation of Delhi, the AAP couldn’t elect a mayor on Tuesday after the House was adjourned amid verbal duels with the BJP members.

This is the second time in less than a month that the inaugural session has been adjourned.

The presiding officer Satya Sharma of the BJP adjourned the House just before polling could begin despite heavy security inside.

In the first session of the House on January 6, the AAP disrupted proceedings as Sharma began to swear in the aldermen before elected councillors. This time the AAP objected to Sharma doing so but did not stall the process.

Arguments broke out after an AAP councillor and two BJP councillors took the names of chief minister Arvind Kejriwal and Prime Minister Narendra Modi respectively while taking their oaths.

When the House went into recess before the voting, the BJP aldermen and councillors went towards the AAP benches and began to raise slogans calling Kejriwal and Manish Sisodia corrupt.

Even after the House reconvened, the sloganeering continued and Sharma adjourned the House until a later date.