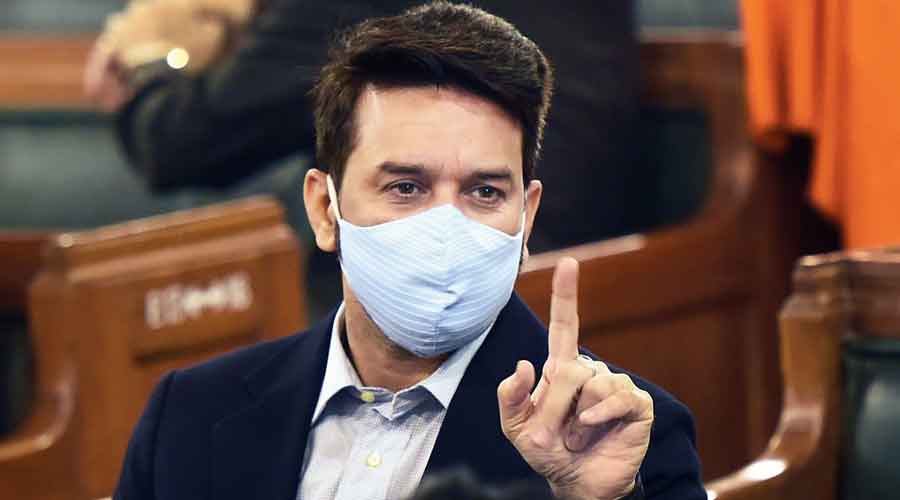 The Delhi High Court will on Monday pronounce its verdict on a plea by CPM leaders Brinda Karat and KM Tiwari challenging the trial court's refusal to direct registration of FIR against Union Minister Anurag Thakur and his BJP colleague and MP Pravesh Verma for their alleged hate speeches over anti-CAA protest at Shaheen Bagh here.

The petitioners had alleged in their complaint before the trial court that Thakur and Verma had sought to incite people as a result of which three incidents of firing took place at two different protest sites in Delhi .

They had mentioned that at the Rithala rally here, Thakur had, on January 27, 2020, egged on the crowd to raise an incendiary slogan shoot the traitors after lashing out at those protesting against the amended Citizenship Act (CAA).

They had further claimed that Verma had, on January 28, 2020, allegedly made incendiary comments against the anti-CAA protesters in Shaheen Bagh in the national capital.

The trial court had, however, on August 26, 2021, dismissed the complaint on the ground that it was not sustainable as the requisite sanction from the competent authority, the central government, was not obtained.

In the complaint, Karat and Tiwari had sought lodging of FIRs under various sections, including 153-A (promoting enmity between different groups on grounds of religion, race, place of birth, residence, language, etc.), 153-B (imputations, assertions prejudicial to national integration) and 295-A (deliberate and malicious acts, intended to outrage religious feelings of any class by insulting its religion or religious beliefs) of the IPC.

It had also sought action under other sections of the IPC, including 298 (uttering, words, etc., with deliberate intent to wound the religious feelings of any person), 504 (intentional insult with intent to provoke breach of the peace), 505 (statements conducing to public mischief) and 506 (punishment for criminal intimidation).

The maximum punishment for the offences is a jail term of seven years.

The petitioners had approached the trial court after her written complaints to the Commissioner of Police and the SHO, Parliament Street, were stated to have failed to elicit any response.