Victim's mother breaks down, asks what about our rights 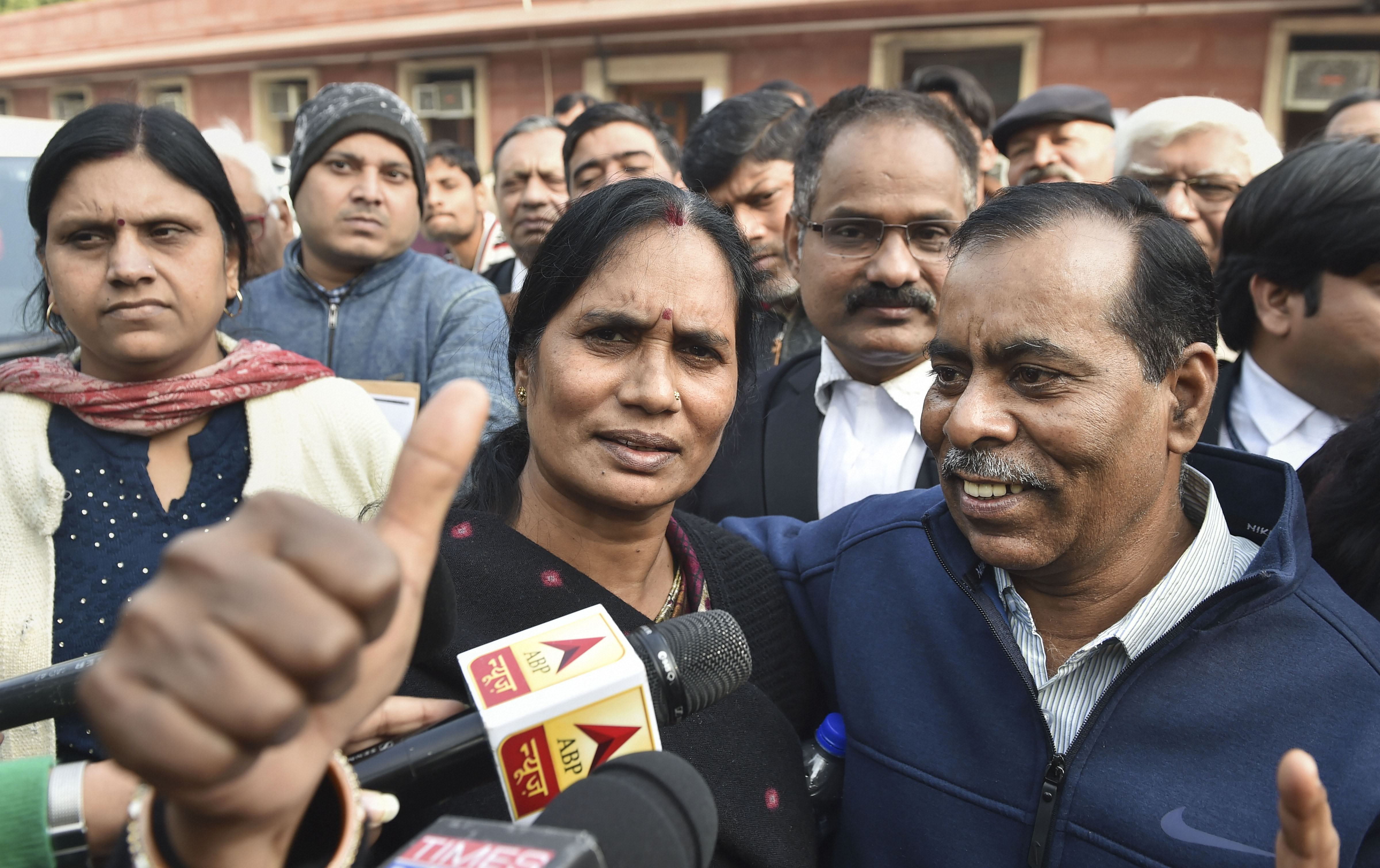 Nirbhaya's mother broke down outside the Patiala House court on Wednesday after the court adjourned for January 7 the hearing on the issuance of death warrants against the four convicts in the 2012 Delhi rape case.

She said she was 'upset' at the court's decision.

'The convicts have been given one more chance. Why are their rights being considered? What about our rights?' she asked.

Earlier in the day, she had welcomed the Supreme Court decision to dismiss the plea filed by one of the four convicts in the case, seeking review of its 2017 judgment upholding his death penalty.

After the SC verdict, the additional sessions judge Satish Kumar Arora commenced the hearing on a Delhi government plea seeking issuance of the death warrants for executing the four convicts.

The court said it will wait for the copy of the SC judgement and then adjourned the hearing for January 7, 2020.

A teary-eyed Nirbhaya's mother expressed her frustration at the hearing being adjourned.

'We have been fighting for seven years and the court has not considered our rights when giving this decision. There is no guarantee that a final judgement will be delivered on the next hearing as well,' she told reporters.

She had broken down inside the court also. Consoling her, the judge had said, 'I have full sympathy with you. I know someone has died but there are their rights too. We are here to listen to you but are also bound by the law'.

Before the Patiala House Court directed Tihar jail authorities to seek response from the four convicts as to whether they are filing mercy pleas before the President, the apex court had dismissed the plea to review death penalty of Akshay Kumar Singh, saying there was no merit in the case.

In her reaction on the SC verdict, she had said, 'I am very happy with this. We have a hearing in Patiala House court regarding the issuance of death warrants to the convicts and we hope it will be in our favour,'

Nirbhaya's father, however, had said they will not be satisfied till a death warrant is issued by the Patiala House court.

'We have had a painful journey. The SC has rejected the review plea but we will not be happy till the time the Patiala House court issues death warrant. The entire country wants justice for her,' he had told reporters.